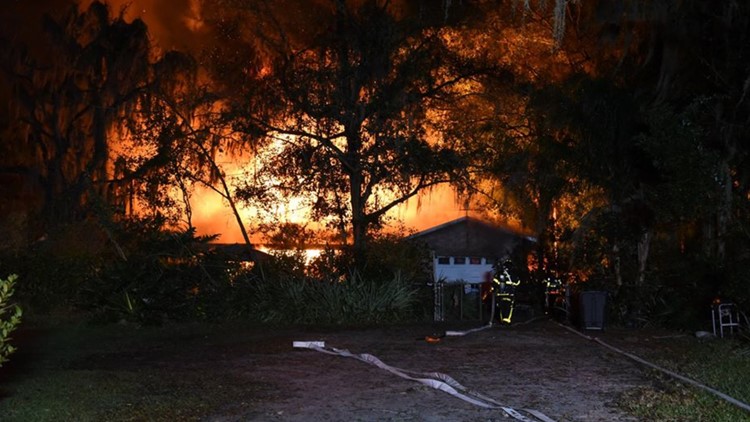 LAKELAND, Fla. — Two overnight house fires sent Polk County firefighters scrambling from one home to another. Although no one was hurt in either fire, two family dogs lost their lives.

The first happened around 4:23 a.m. at 258 Padgett Place, according to Polk County Fire Rescue. As soon as firefighters arrived, they saw the single-story home up in flames.

Two people living at the home said a third person was unaccounted for, but it later was realized no one else was inside. Firefighters made their way inside as the flames were knocked down and came across the two dogs.

Fire rescue says the home is considered a total loss and the Red Cross was called to help the residents.

But in less than an hour, more firefighters and a few responding to the Padget Place home were dispatched to 7515 Socrum Loop Road N for another fully-involved house fire.

It was believed someone was stuck inside, however, that turned out not to be the case. The home also is said to be a total loss.

The cause of the fires is under investigation.