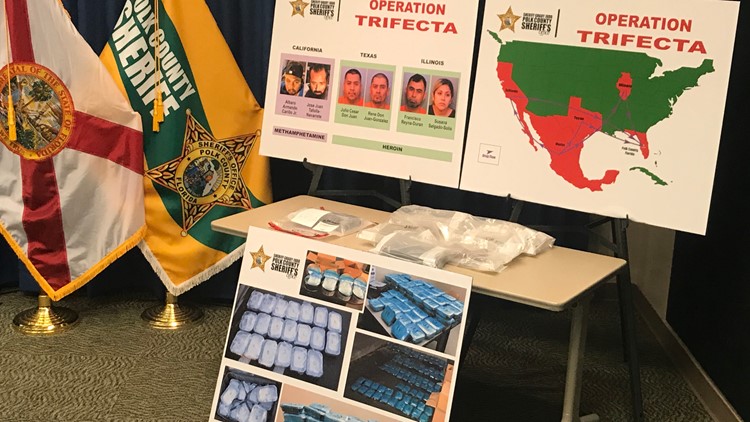 “They thought they were slick. They thought the cops don’t work on Thanksgiving,” said Sheriff Judd. “There are people alive today, and will be alive Christmas day, that otherwise by the time they got this heroin and overdosed on it…would be dead.”

According to the sheriff, three of the seven people arrested are in the country illegally. Judd said California has not notified Immigration and Customs Enforcement of the arrests – so the Polk County Sheriff's Office will.

"These are extraordinarily dangerous illegal drugs, and, as we have seen, the Mexican drug trade is extremely violent and deadly. Our detectives did an outstanding job of removing these drugs and dealers from causing future misery, violence, and death," Judd said.