'These are nasty, nasty, nasty people': Sheriff Judd on 17 people accused of preying upon children 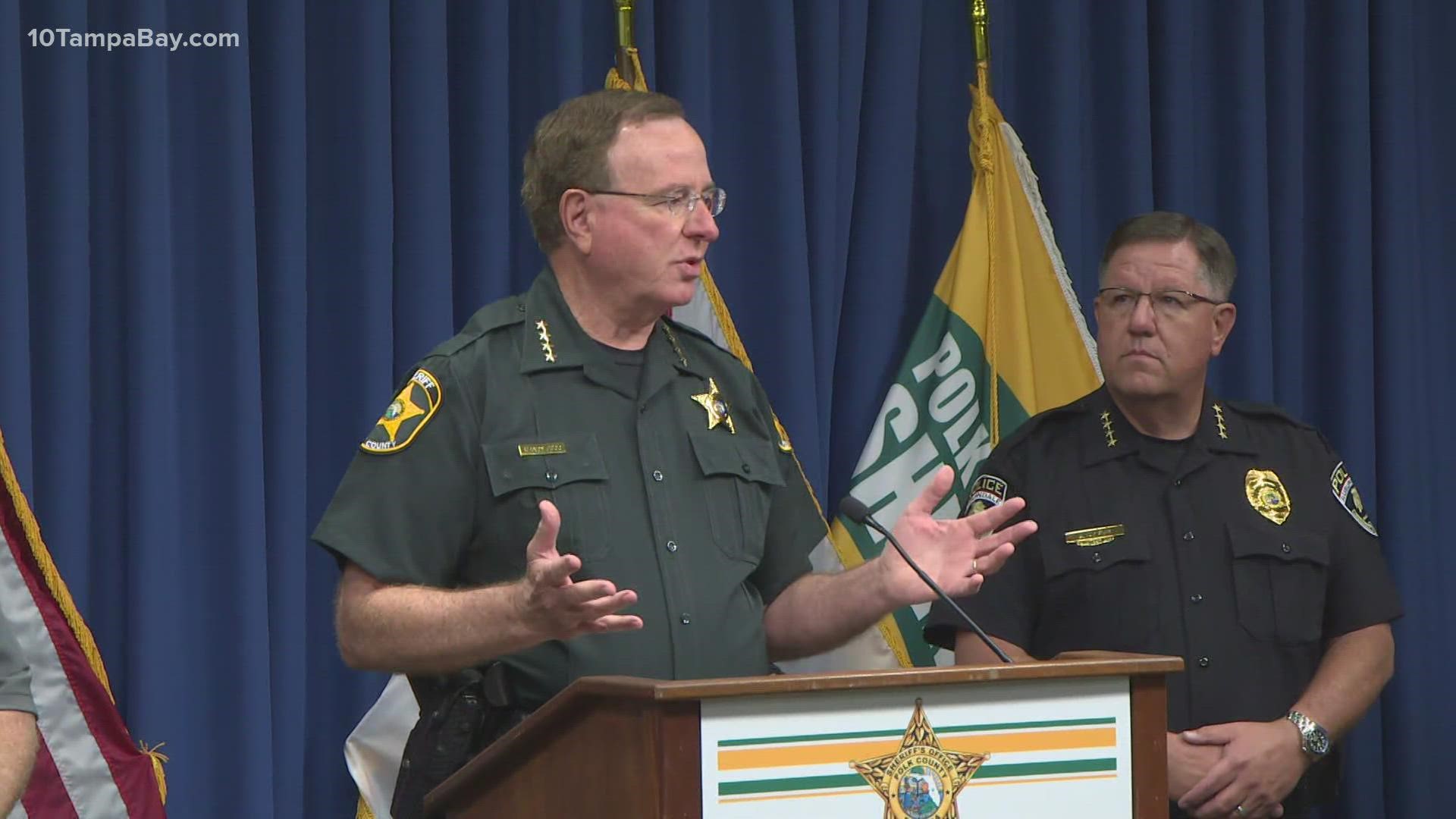 Sheriff Grady Judd referred to the group of people arrested as "deviants" who tried to meet up with children for sex but were instead met by undercover investigators who posed as children on social media platforms, apps and dating sites.

The group of people arrested in the operation includes several Disney World employees, a nurse at AdventHealth in Orlando, several fathers and one man who was knowingly HIV positive, according to the sheriff.

“These are nasty, nasty, nasty people," Judd said as he detailed each of their accused crimes.

The 17 people face a total of 49 felony and two misdemeanor charges, including traveling to meet a minor for sex, attempted lewd battery and use of a computer to seduce a child.

Six of the people arrested reportedly brought condoms to the undercover location in hopes of having sex with a teenager, according to the Polk County Sheriff's Office.

One 32-year-old man accused of "inappropriately touching" an 8-year-old girl since she was 4 years old faces capital sexual battery charges.

The people arrested range in age from 26 years old to 47 years old, and are all from central Florida with the expectation of one person who was visiting from Los Angeles, the sheriff's office said.

Judd, along with other law enforcement agencies who participated in this operation, urged parents to monitor what their children are doing online in order to ensure their safety.

You can watch the full press conference below.