Sheriff Grady Judd said he believes the people in the car may have not even realized that they hit anybody. 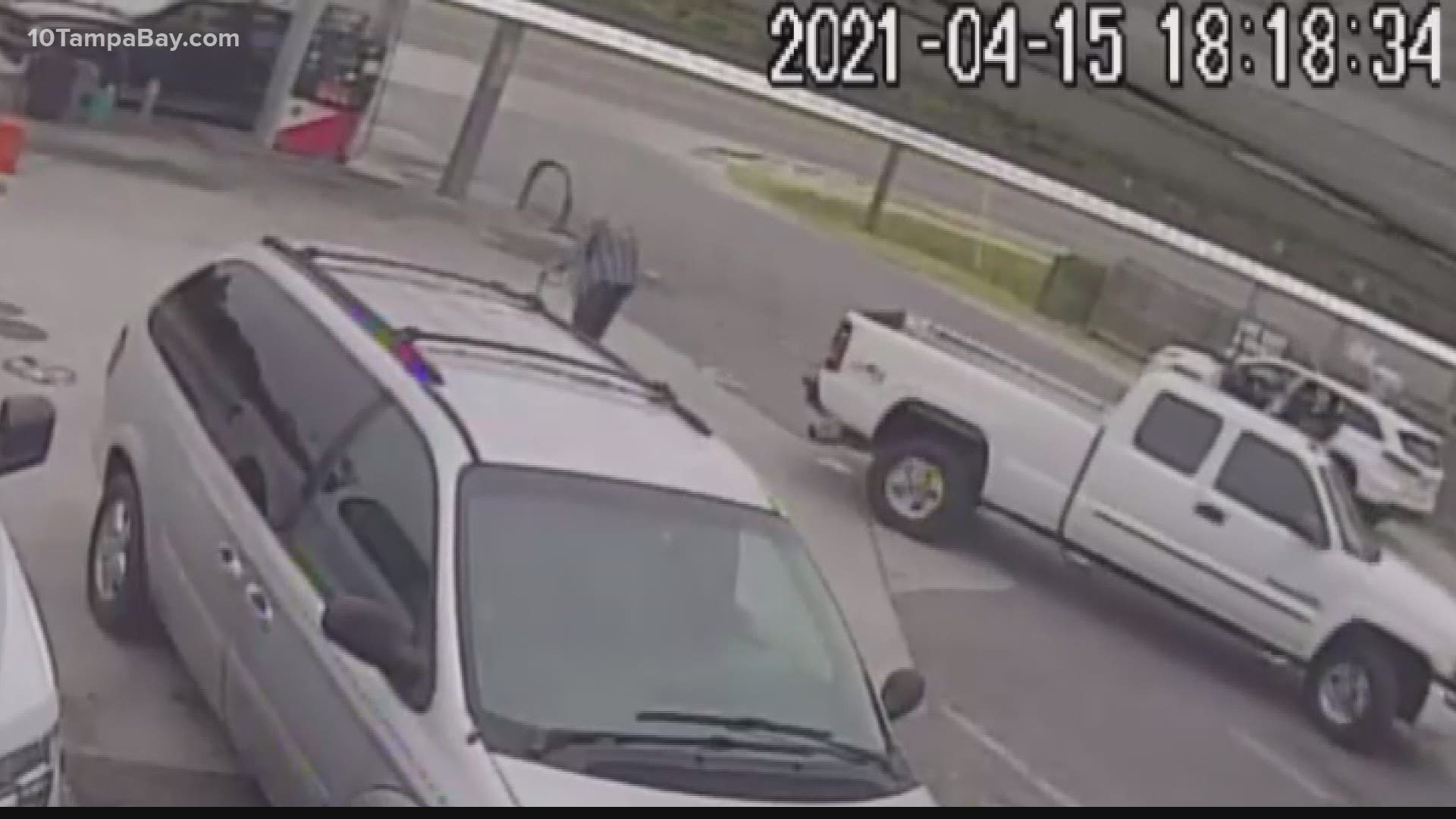 POLK COUNTY, Fla. — Deputies are looking for a driver they say backed into an 84-year-old man in Haines City and then drove away.

Video shows Farley walking into the convenience store when two people in a white GMC pickup truck slowly backed out of a parking spot and knocked Farley over. The truck is seen continuing to back out and drive away without stopping.

Sheriff Judd said he believes the people in the car may have not even realized that they hit anybody.

The sheriff said that Farley had a slight cut, but was able to get back up. He did not report the incident or go to the hospital, according to the sheriff's office.

Five days later on April 20, Judd said that deputies and emergency personnel responded to Farley's house for a case of medical neglect after receiving a call from his family.

The 84-year-old man is now in the hospital in "significantly serious condition" and "a better than average chance that he may not survive," according to Judd.

The sheriff said that investigators have determined this was a case of self-medical neglect, but are continuing to investigate.