Elias Alan-Arturo Flor, 19, turned himself in to police. 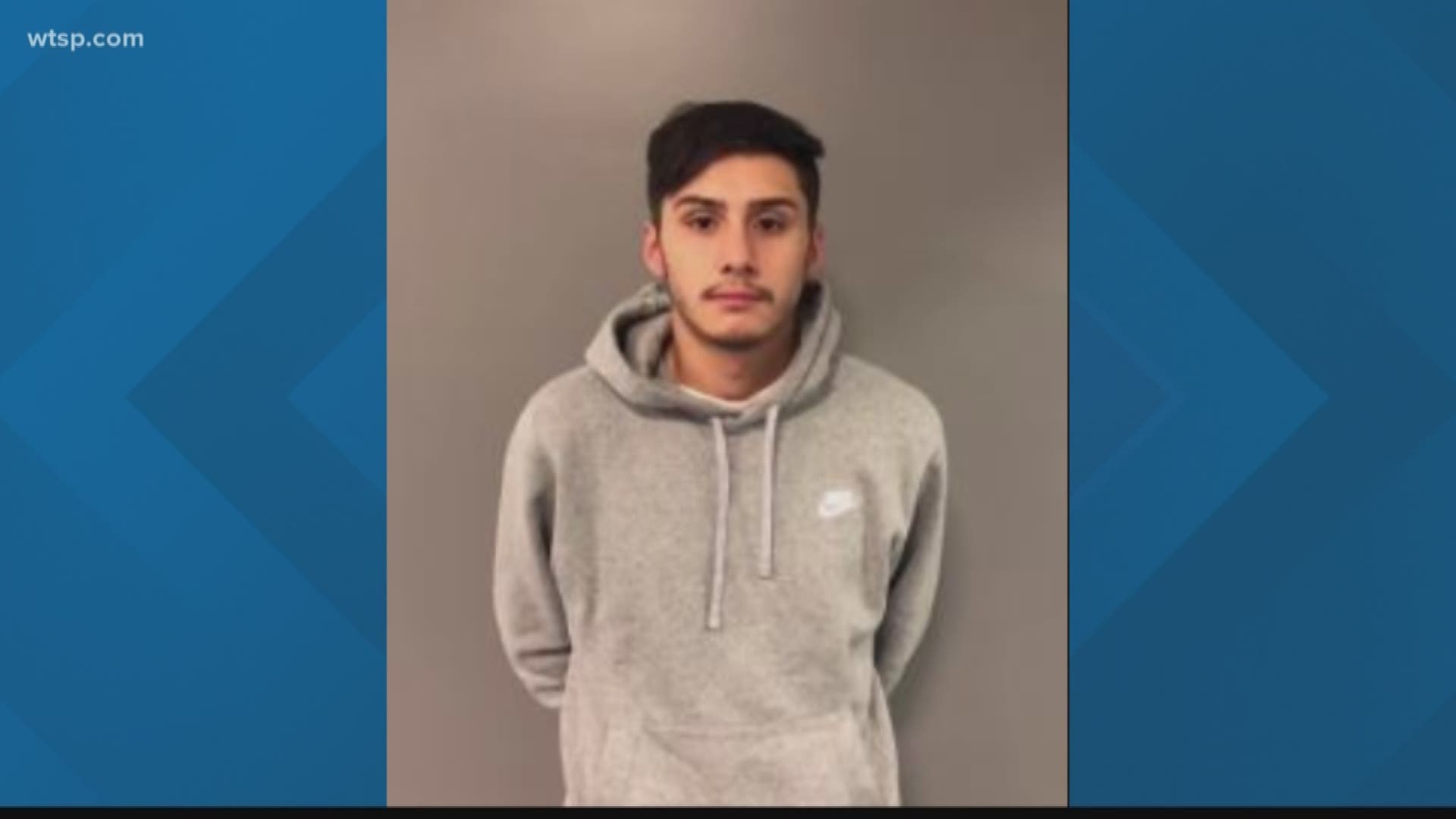 Elias Alan-Arturo Flor, 19, went to the Winter Haven Police Department after the story was published, the department said in a news release. He is charged with battery and committing a lewd act in the presence of a child 16 or younger.

Several pictures of the man in question were released Saturday by the Winter Haven Police Department.

It says the incident happened around 8:30 p.m. Friday at the Walmart store on Cypress Gardens Boulevard, an earlier release stated. Officers say the man appeared to be looking for someone before he goes into the restroom.

He later leaves and heads to the toy aisle, where a woman and 12-year-old were looking at toys.

"This situation is absolutely sickening," Chief Charlie Bird said in the release. "I applaud the child's bravery to speak up and give details that gave information we could get to the media that assisted with the ultimate arrest of the suspect."