The Pierce County Sheriff's Department says a Grinch made an early appearance, swiping a package from a home. It was a special gift for a 7-year-old cancer patient. 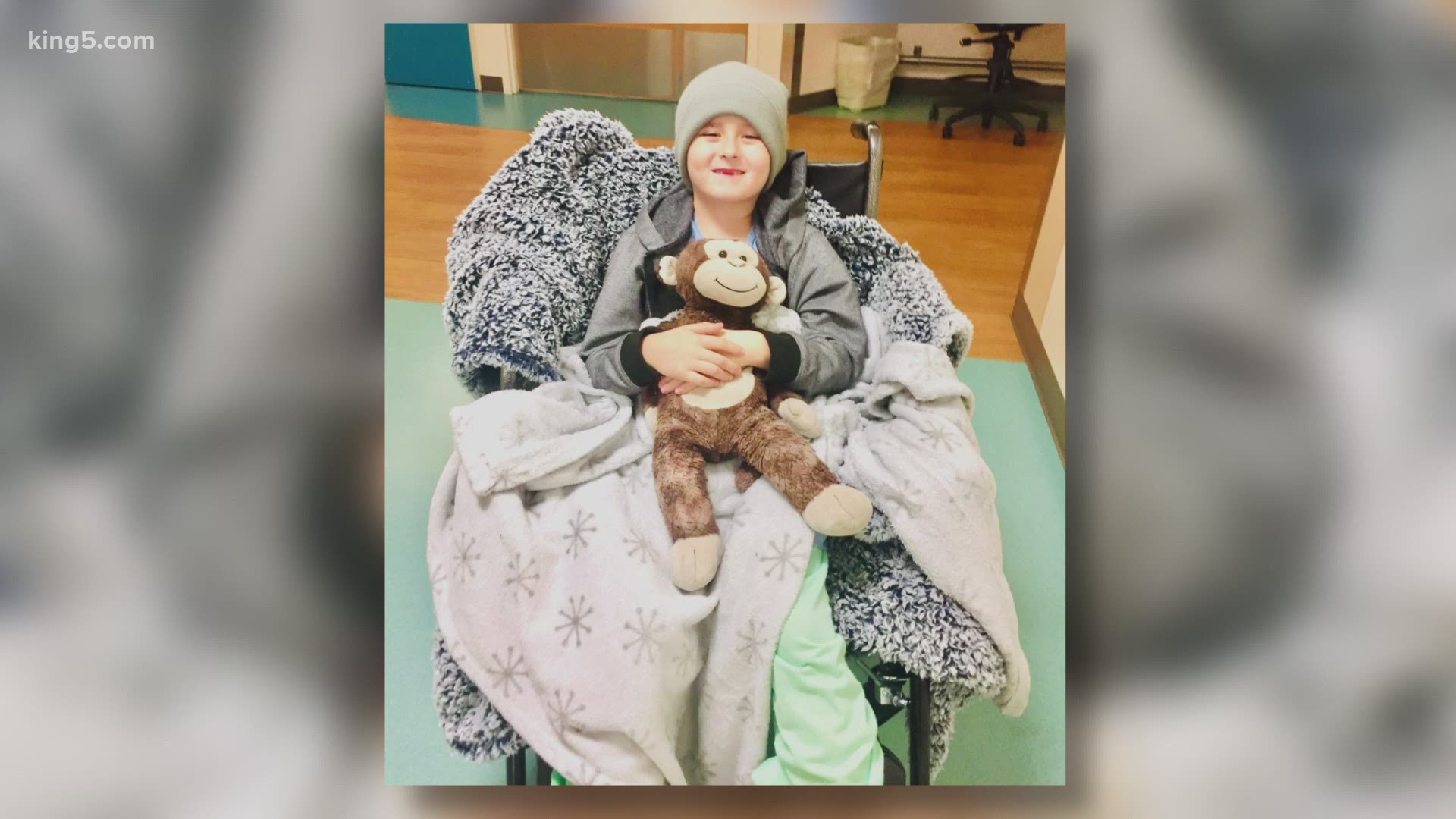 When his uncle said he'd send him a remote control buggy, Bradley's mom Darla said her son had no problem choosing.

"He specifically picked the one that was orange because orange represents Leukemia," she said.

Leukemia is what 7-year-old Bradley has been battling for a year.

However, his special gift only made it as far as his front porch before a thief stepped in and took it. It happened Saturday night in the area of Gem Heights Drive and 172nd in South Hill.

The Pierce County Sheriff's Department is sharing surveillance video, asking the guy seen grabbing the box "to look in your heart and do the right thing" by returning the package to a deserving child.

Bradley has been undergoing chemotherapy and hospital stays, and likely has two years of treatment to go.

"He takes everything so positively, and he's just an amazing boy. We're so proud of him," his mom said.

Bradley's entire family, including dad Travis and brother Owen, have been by his side. In the shadow of his cancer fight, the stolen package is a minor setback. His family still hopes the thief will learn a lesson.

"That they realize that this was meant for a little boy, and hopefully, it changes them to make them better. You know, make them a better person," his mom said.

The Lawson family says they are not concerned about the toy that was taken. What they really want to highlight is the point that Bradley's medicine could have been in that box. The message they want to get out is taking a package off of a porch could potentially be detrimental to someone's health.

According to the Pierce County Sheriff's Department, an anonymous county resident heard about the theft, and left a brand new remote control truck at the South Hill precinct on Tuesday.

The sheriff's office said so many people offered to help, they released the following information, "The family is so appreciative of all of your generosity and has asked for any additional donations to go toward our Santa Cops program, which provides gifts to the most needy families that we encounter out on patrol and in investigations. Thank you Pierce County - we are humbled by your kindness!"