The rally was organized by Kaitlin Bennett, the Kent State grad who went viral for taking graduation photos with her gun on campus. 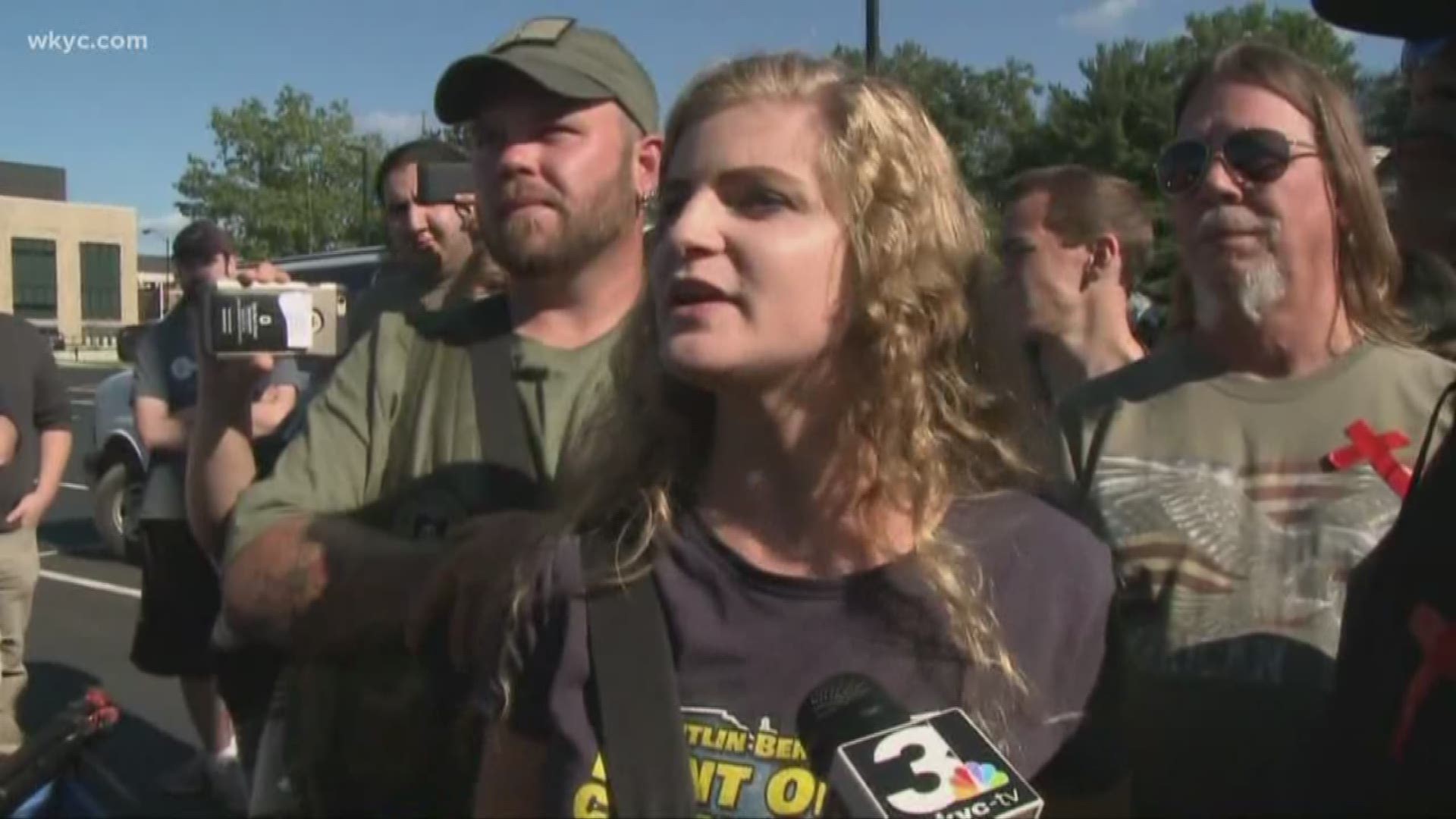 WARNING: Some of the videos in this story contain graphic language. Viewer discretion is advised.

Former Kent State University student Kaitlin Bennett hosted a walk on campus Saturday afternoon in support of open carry rights, but the event quickly turned into a clash between her side and hundreds of counter protestors.

The rally had been scheduled for 2 to 5 p.m. at Risman Plaza and began on time, but ended up being turned back around 3:45 p.m. partly due to the heavy presence of the opposition. Bennett was angry at the outcome, but vowed she "will be back."

Some arrests were made at the event, but it was "mostly peaceful," according to WKYC's Ray Strickland.

#OpenCarryWalk led by the #KentStateGunGirl got a little testy. Arrests were made, but the event has been mostly peaceful @wkyc. More on the event at 6. pic.twitter.com/mQfy7KP3h4

Bennett, who organized the event through her group Liberty Hangout, first gained attention when graduation photos of her carrying an AR-10 on campus went viral in May.

At a press conference following the walk, university officials confirmed four people (none of them students) had been arrested. School President Beverly Warren thanked local law enforcement for their efforts, adding, "Today's events concluded with minimal violence and injury and no damage to the university property."

The school tried to stop the event last month, when it issued a cease and desist letter to Bennett, claiming she did not register the event or obtain approval required by school policy. Bennett claimed KSU was purposely trying to prevent her event from taking place, something they strenuously denied.

"When Ms. Bennett said the university said we were not willing to work with her, that is not true from our perspective," Vice President Shay Little stated Saturday.

Hundreds of gun rights advocates and counter protestors have descended on Kent State University during an “open carry” walk/rally this afternoon.