It did not have lights or sirens on. 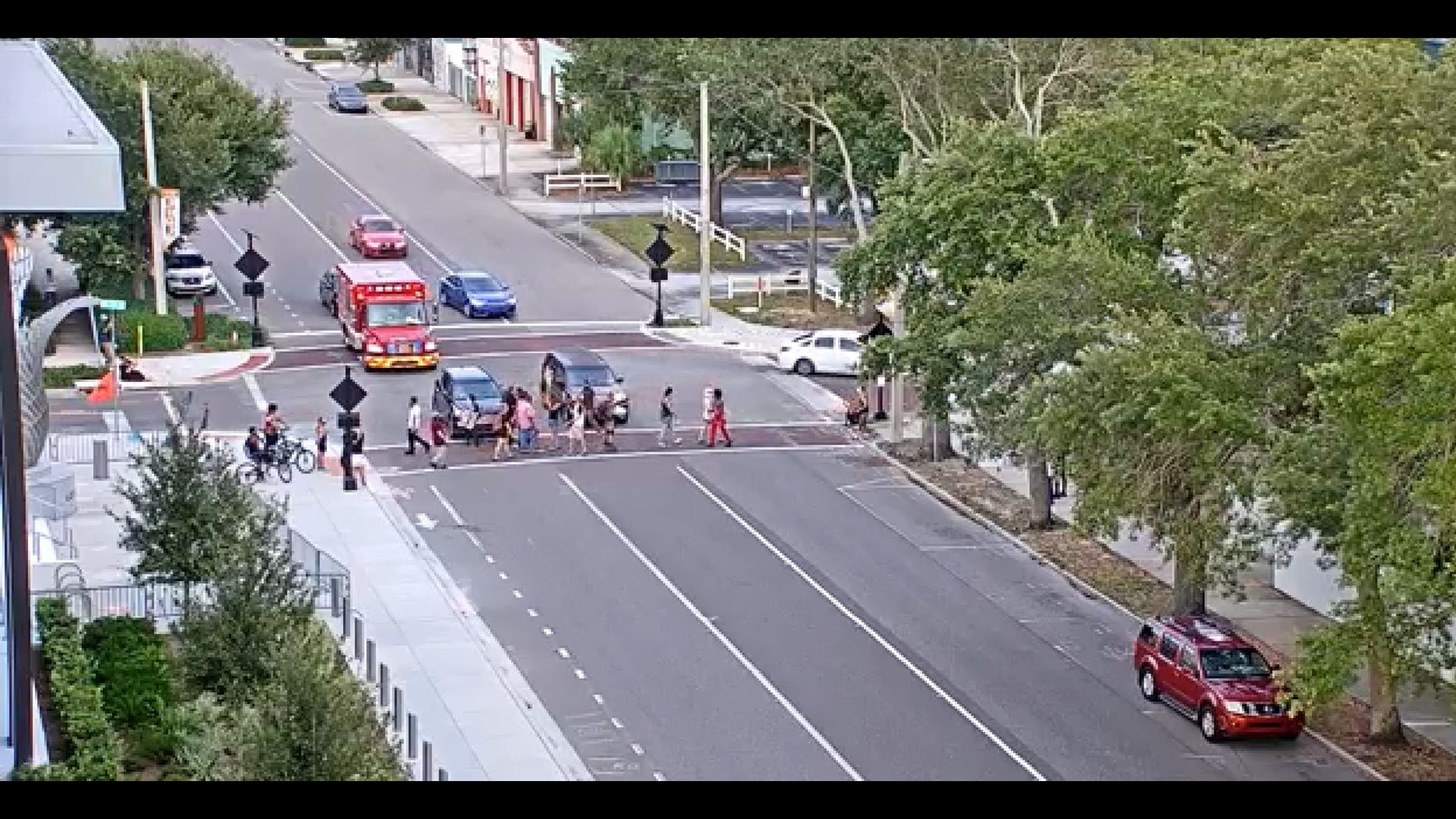 ST. PETERSBURG, Fla. — The St. Petersburg Police Department is calling attention to protesters who were demonstrating in a crosswalk on 1st Avenue North Wednesday after officers say they refused to move for a fire-rescue ambulance.

The protest was in front of the St. Petersburg Police Department when the ambulance pulled up -- attempting to get through, police say.

In a video released by the police department, you can see the ambulance roll up and stop behind another car also blocked by the protest. It sits idle before inching up a bit and stopping again. Eventually, it turns down another street to make its way around the protesters.

The entire length of the video is 39 seconds. During the incident, the fire-rescue vehicle does not appear to have lights and sirens on.

St. Pete Fire Rescue said the ambulance was not on an emergency call at the time.

St. Petersburg police also shared that the department has received 413 complaint calls to its Emergency Communications Center regarding protesters blocking traffic through July 7. And that it does not stop there.

"This does not count the numerous phone calls and emails sent to individual police supervisors and officers and messages received through the department's social media platforms," the department wrote.

Mayor Rick Kriseman's office has received 79 phone calls and emails in the last three weeks from people complaining about protesters blocking streets, the police said. City Council has received at least 15 complaints in the last 10 days.

On July 7, the police department announced it would begin citing protesters who block traffic under violations to the following laws:

If caught, protesters could soon face a $62.50 citation.