The incident is one the governor says he does not approve of, nor does he want to allow this type of behavior in the state. 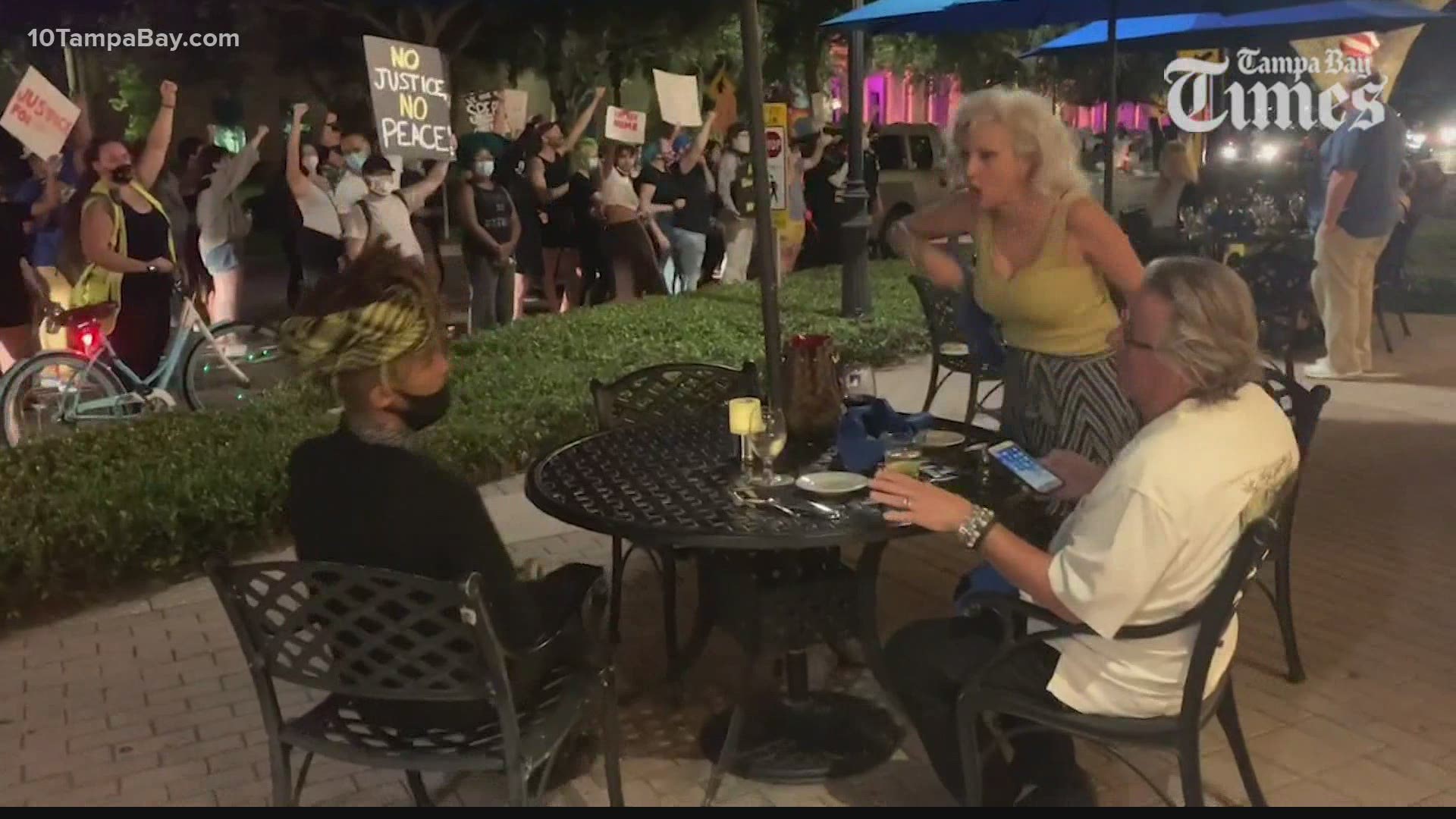 ST. PETERSBURG, Fla — During a press conference Friday in St. Pete, where he made several announcements, Gov. Ron DeSantis shared some strong words with protesters seen in a video that has gained a lot of attention.

"What we saw here in St. Petersburg the other night with mobs harassing innocent people who are just enjoying a meal at a restaurant is simply unacceptable," DeSantis said.

"If you go out here in the state of Florida and you’re sitting in a restaurant, you should be able to do that in peace without having some lunatic come up and yell in your face.”

The video he is referencing was captured by a Tampa Bay Times reporter during a local protest, Wednesday night, seeking justice after the decision in the Breonna Taylor case.

Demonstrators took to the streets across the U.S. following a grand jury's announcement to indict a former police officer for wanton endangerment in connection with her case. But, neither he nor any other officers have been charged for her death.

Many protesters were peaceful.

RELATED: 5 things we learned about the Breonna Taylor case from Daniel Cameron's announcement

In the local video, a few protesters started going to each restaurant on Beach Drive in downtown St. Pete to chant at diners. Some members of the group can be seen taking over a couple's table outside a restaurant.

The couple begins arguing with the people gathering around their table, and the woman in the couple is seen calling someone on the phone. The St. Petersburg Police Department has since confirmed the female diner called police at least once.

At one point, a man walks up and begins blowing a horn at the couple.

Protestors are now going restaurant by restaurant to chant at diners on Beach Dr. in St. Pete. A lot of diners yelled back, starting multiple confrontations.

This one was the most significant. Protestors took over a couple’s table. Not sure why they were targeted specifically. pic.twitter.com/dzLM7KuCW9

The incident is one the governor says he does not approve of, nor does he want to allow this type of behavior in the state. He believes these protesters' actions, and similar action by others in the future should be dealt with. He also pushed his latest proposed legislation against defunding law enforcement.

“So, for those law-abiding men and women who just want to live their lives, we’ve got your back. More help is on the way," DeSantis said.

RELATED: Groups speak out against Gov. DeSantis' bill cracking down on protests