Contractors for Pinellas County were dumping dead fish killed in the red tide near businesses, including a restaurant. 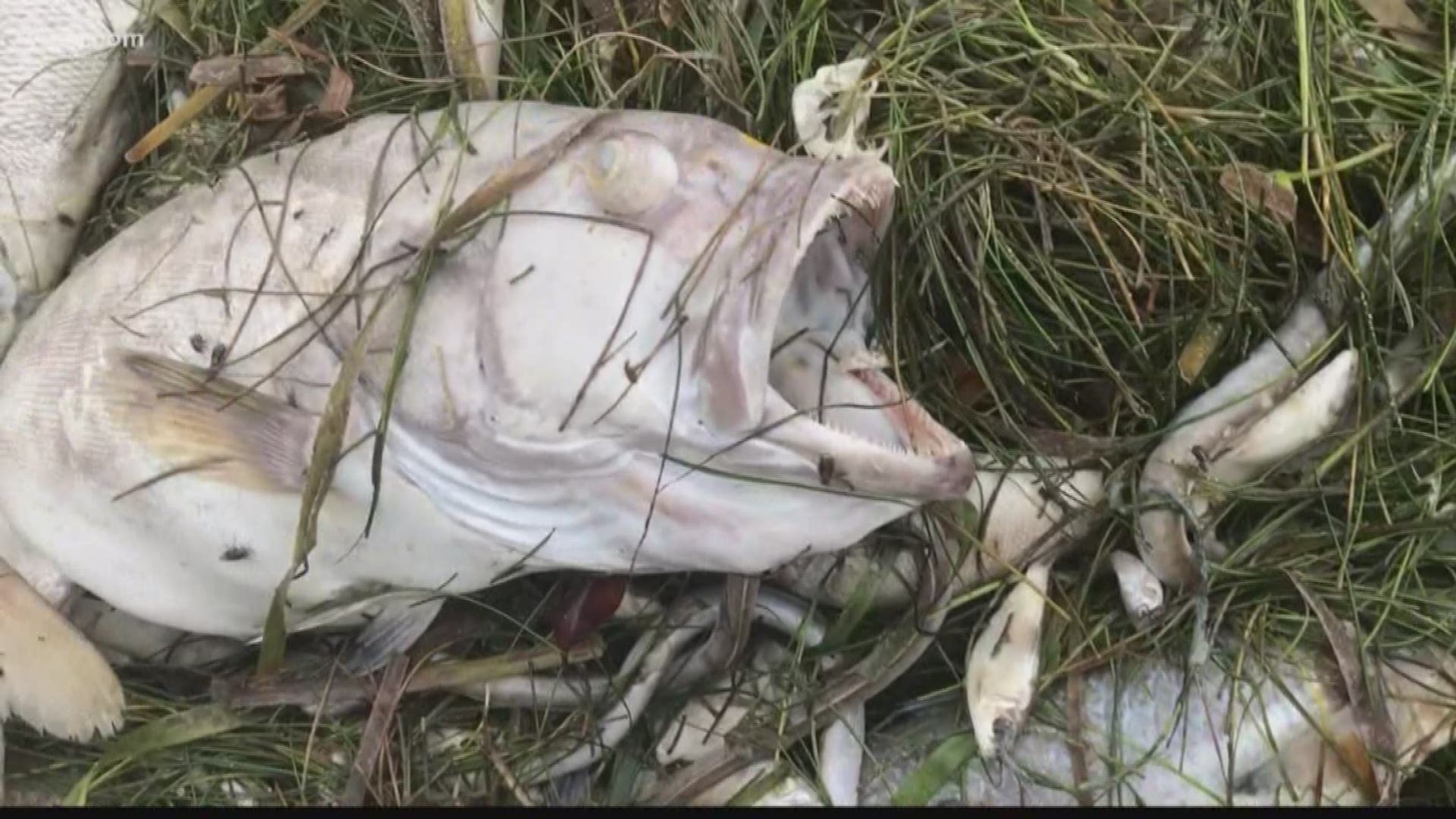 ST. PETE BEACH, Fla. — Business owners say a smelly mess that was scaring away business is finally getting cleaned up.

Two weeks ago, 10 News showed you where contractors for Pinellas County were dumping dead fish killed in the red tide.

That dumpster was right next to several St. Pete Beach businesses including a restaurant.

When we first visited the Blue Parrot on St. Pete Beach two weeks ago, there weren’t too many customers.

Just a few hundred feet away, a massive garbage dumpster was filled with rotting dead fish. Leaking liquids drained down the street making the smell even worse.

RELATED: Birds are literally falling out of the sky due to red tide, group says

“It’s horrendous,” said Frank Theisen, who owns the Blue Parrot and says business is down by nearly 60 percent due to the stench.

“I had a table of 15 sit down 10 minutes, and they said they can’t take this odor and left,” said Theisen when we spoke with him two weeks ago.

Across the street, employees from Charlie’s Transmission posted a video on Facebook.

“That’s fish guts … fish debris all over,” said Rob Altman on the Facebook video as he described the mess. He took to social media because he said he and his co-workers could no longer take the smell.

“I’ve been sick for three weeks,” said Altman. “I sent two guys home yesterday. One was throwing up non-stop.”

“They’re cleaning the pavement like three or four times a day,” said Theisen when we spoke with him today. “They’re using waterproof containers rather than dripping all kind of stuff all over the place. They’re covering it at night.”

Wednesday afternoon, we watched as crews hosed down the roadway. They also had industrial strength liners inside the dumpsters to prevent stinky fish juices from leaking out.

“It’s a world of difference,” said an elated Theisen. “It was green ponds of smelly stuff that’s no longer there. There’s no longer an odor.”

The businesses say already customers have started to return. Now they just hope some upcoming cold weather puts an end to red tide for a long time to come.