Researchers have recorded similar surges in fly populations after previous natural disasters including hurricanes and the 2004 Indian Ocean Tsunami. 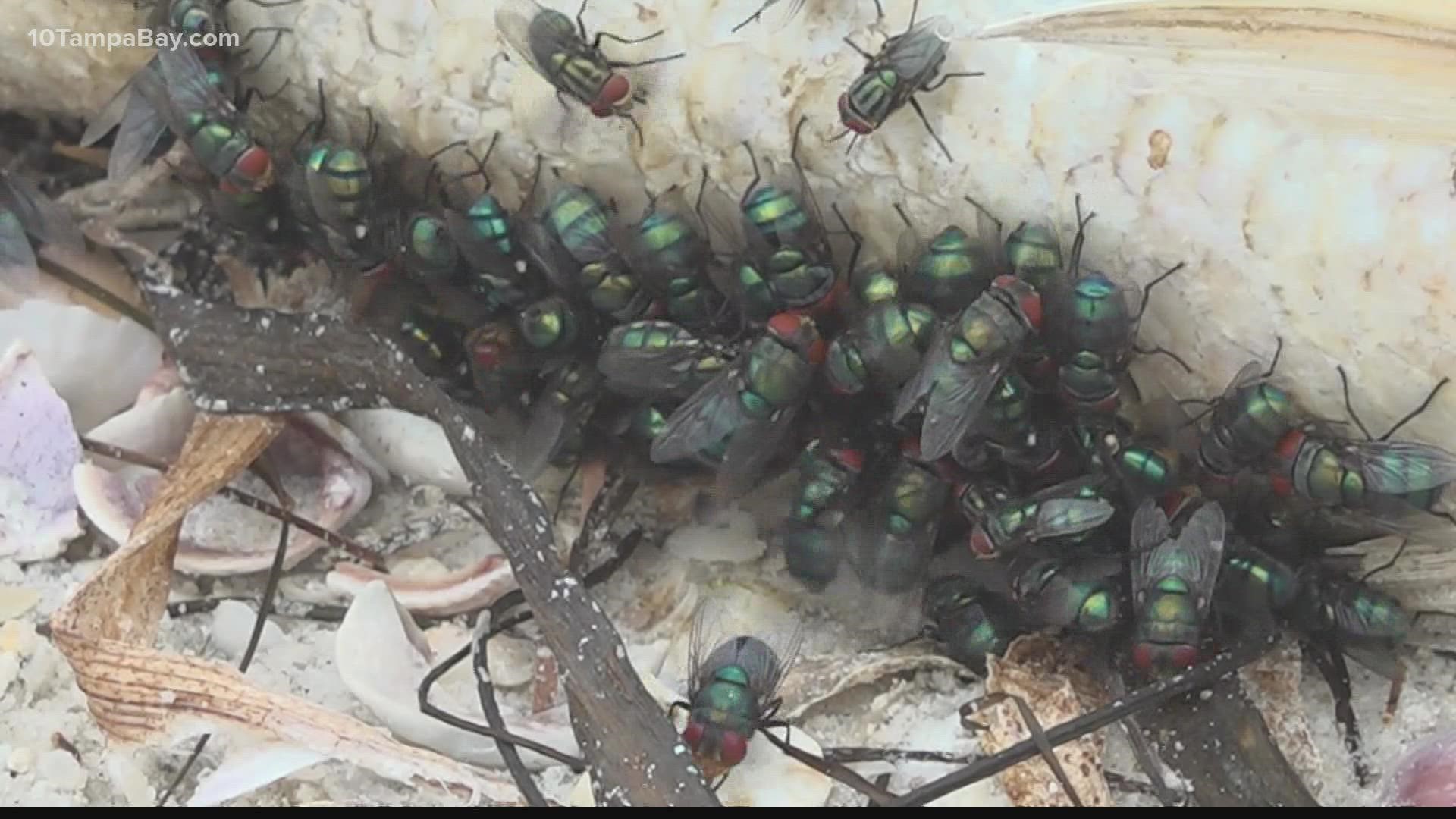 PINELLAS COUNTY, Fla. — If you feel like the flies have been extra “swarmy” this summer, you’re not alone.

Social media across the Tampa Bay area is “buzzing” with complaints from people noticing flies in their back yards and swarming outdoor tables when they’re out to eat.

Janie Fielder and her kids are among those noticing what seems like an explosion in the fly population across Pinellas.

“The other day we started swatting around our faces and saying, ‘why are there so many flies here?’”

Entomologist Dr. Roberto Pereira studies insects including the common house fly at the University of Florida.

He and other bug experts we talked to suspect all the dead and rotting fish from red tide are likely to blame.

“When we have this abundance of food where the maggots will develop you’ll end up with this big upsurge in the population of flies,” said Dr. Pereira.

“Maggots are actually very beneficial to us because they are actually consuming that decaying material and that will result in a reduction of the bad smell," Dr. Pereira said. "So they help us in that sense but once they become adults they have to fly somewhere.”

And that’s what appears to be happening across the Bay area now. But it’s not just directly along the coast. There are reports of swarming flies away from the beaches too.

“In coastal areas you always have these winds coming inland. That will certainly carry these flies very far from their original production site,” Dr. Pereira says.

Experts suggest it’s not enough for clean-up crews to just scoop up the dead fish and load them into a dumpster.

He says it’s important to bury or burn the decaying fish before the flies have a chance to mature.

“It would be good to actually put them under some dirt so the flies could not get to them or incinerate them so that material is not going to be around.”

Researchers at the University of Florida are interested in exploring the relationship between red tide and the boom in fly populations.

They’re considering sending a team to Pinellas to study how local communities can best respond to red tide and prevent fly populations from growing out of control in the future.