Red tide can impact your pet's health: Here's how to protect them

We know red tide is killing marine life, but it can also negatively impact your pet's health. 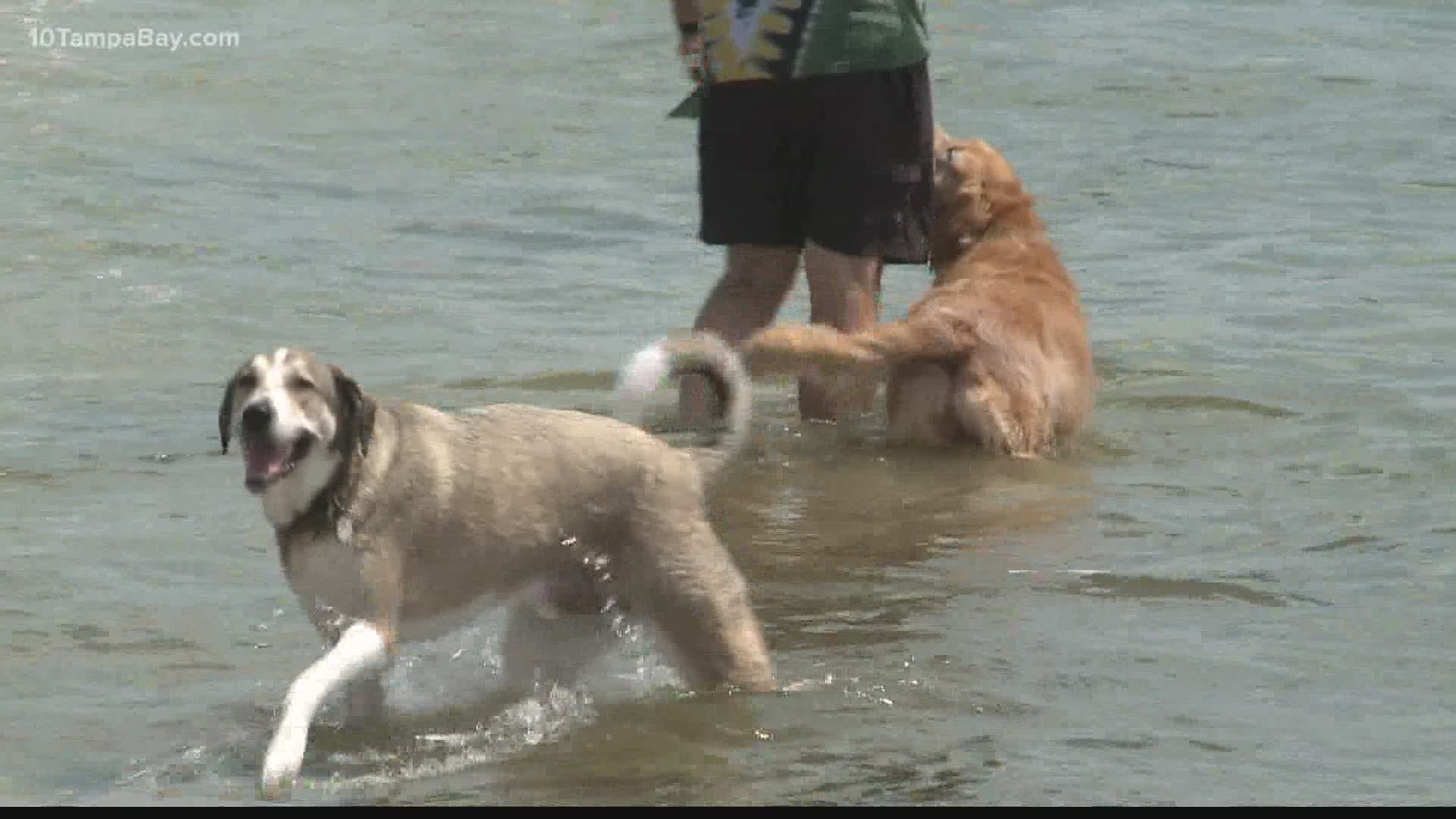 TAMPA, Fla. — Red tide has been overwhelming the Tampa Bay area's beautiful waterways, causing clear waters to darken and tons of dead marine life to wash up on shore.

The red tide organism present in Florida, Karenia brevis, produces brevetoxins that can affect the central nervous system of fish and other vertebrates, causing these animals to die. We know the blooms can also cause serious illness in humans, especially if you have chronic respiratory conditions like asthma or emphysema.

Many people will experience teary eyes, coughing, sneezing or an itchy throat while around affected areas. It's important to remember that if you feel symptoms of red tide blooms, your pets can too.

"We can see respiratory signs, so things like coughing, increased respiratory rate, sneezing, we can see with just being around the red tide," said Dr. Tori Rhoads, a veterinarian at Bayshore Animal Clinic in Tampa. If you notice after a walk near areas where red tide is in bloom that your dog is constantly panting at a faster rate, seems clumsy or is just acting differently, get them seen by a veterinarian immediately.

RELATED: Here are the signs red tide symptoms are affecting you

Try to avoid walking your pet near affected waterways, but if you do, take a shorter walk than you normally would. If you live near areas where red tide is present, try and keep your pets inside as often as you can where the air is cool and filtered. For example, if you have cats or birds that spend time outside, bring them inside if possible.

Don't let your animals play in the foam or dead sea life that may have accumulated on the beach. Try not to let them swim in red tide. If they do, give them a bath as soon as you can so they don't lick toxins off their fur later on.

"We'll see bigger issues, like neurological ones, if they drink the water, maybe eat the fish or something else that has washed up," said Dr. Rhoads. She says if your pets do drink affected water or eat dead marine life, you need to watch for serious symptoms within 30 minutes after ingestion. "They'll often need supportive care, like fluids and bloodwork," she explained.

How quickly your pet feels symptoms of red tide depends on the size of your animal and varies greatly, so it's best to avoid areas affected by the algae as much as you can.