Researcher: Florida is one of the top states with vehicles crashing into buildings 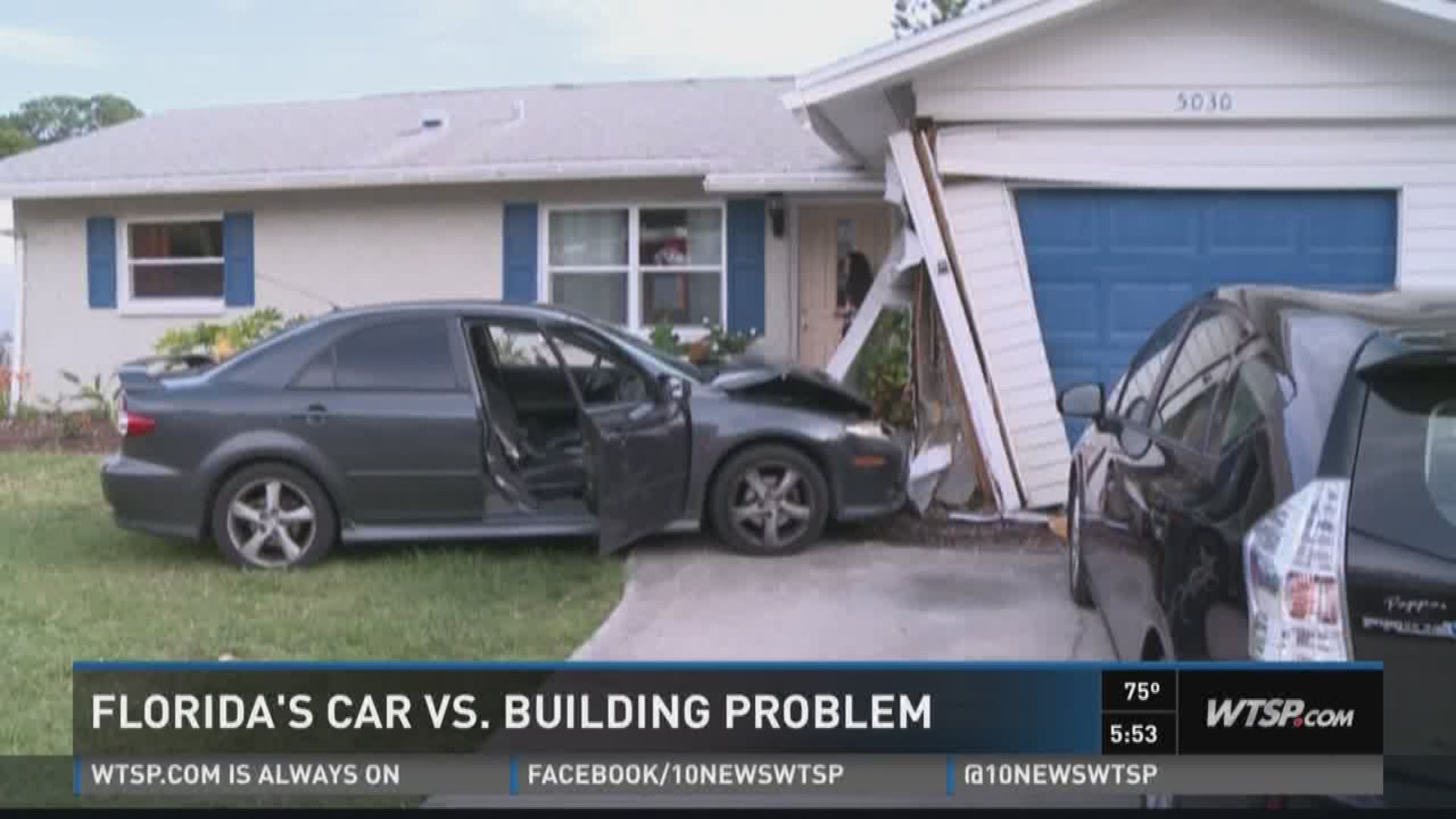 ST. PETERSBURG, Fla. -- Vehicles are meant for parking lots. But, in Florida, lots of them are ending up lodged into businesses and homes after crashing.

Last week, a man driving a large SUV, lost control and crashed into a tennis shop in Clearwater. No one was injured.

A few days before, a driver crashed into a motorcyclist, then darted through a fence, trailer and into the backyard of a home.

The motorcyclist did not survive. No one was home at either of the houses.

Grandmother charged after driving into preschool

This is a dangerous trend that has landed Florida as one of the top three states in the country for vehicles crashing into buildings, according to researcher Rob Reiter.

Reiter is a self-proclaimed expert in vehicle incursion accidents. He started storefrontcrashexpert.com and collects data on these type of crashes. Important information because the national government does not compile this kind of information.

One injured when car strikes building in Lakeland

He says at least 60 times per day, a car crashes through the doors, windows and walls of a business somewhere in America.

“People are injured, lives are lost and it doesn’t have to be this way,” it says on his website.

That’s his motivation for doing the research. He and a group of volunteers, known as the Storefront Safety Council, found: Drivers age 50 and up accounted for a little more than half of the crashes recorded since 2013. Some of the causes are operator error, driving under the influence, and medical conditions.

"We deal with these times of claims and these types of situations all the time," said Mike Stabile, a public insurance adjuster with Tutwiler and Associates. He's not surprised Florida is near the top.

"We've seen all ages and I wouldn't' know if we could specify it to an exact number, but obviously the reports do show that with the influx of older citizens that come to Florida there are more crashes in that age bracket."

Stabile has advice if something like this ever happens to your home or business.

"Make sure you have somebody that knows how to steer you in the right direction."

On Reiter's website, you’ll find some best practices for prevention with these crashes that he says takes lives every year.