Health inspector finds 'unplugged cooler' along with roaches and flies 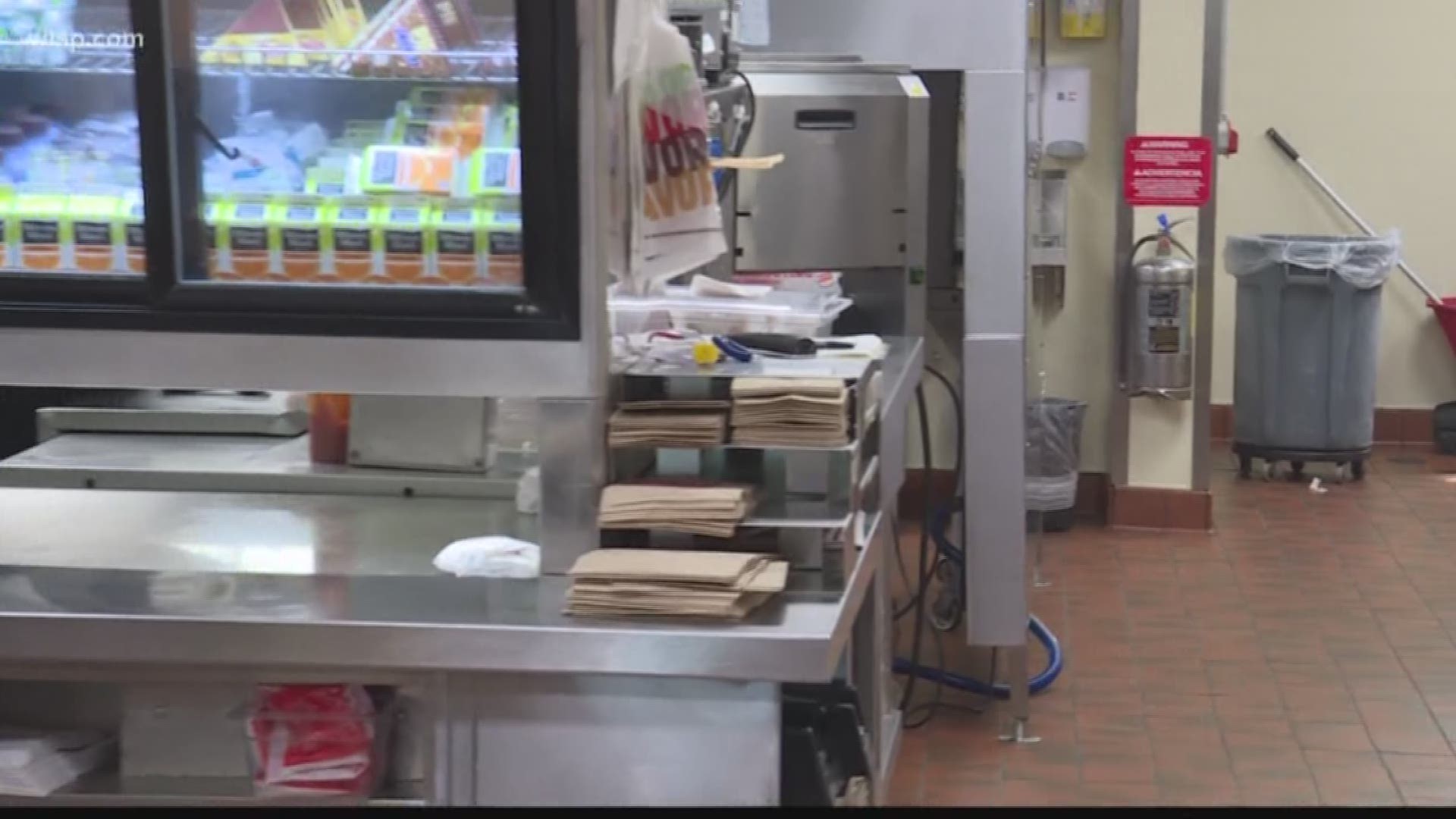 TAMPA, Fla. — The Burger King located at 9211 North Florida Avenue in Tampa has a packed drive-thru and customers like LaTonya Wilkins are heading in for lunch.

But she and other customers had no idea state health inspectors ordered this restaurant to temporarily close just a week earlier.

The state wrote the fast-food restaurant up for 10 violations, including old food debris found inside a box of plastic wrap, food stored in a cooler that was left unplugged, small flying insects swarming around the food prep area, and both dead and live roaches throughout the kitchen.

Wilkins wasn’t the only customer upset. We also showed the inspection report to other customers arriving for lunch.

“Honestly the idea of roaches alone is disgusting,” said Dorismathe Bonhomme, who was also on her way in for lunch.

The restaurant was cleared by the state to reopen the day following their emergency closure so 10News stopped in to check on this Burger King’s cleaned up kitchen.

When we first approached the counter, it seemed employees wanted to pretend like we weren’t there. But within a few minutes, an employee who appeared to be the manager finally came over and told us no cameras were allowed anywhere inside.

“I do apologize… The camera had to be outside.  You can’t be in here with that,” said the employee.

She eventually met us outside and provided us a phone number for the company’s corporate office. And while the restaurant claims they’ve cleaned up, customers say they want to see for themselves.

“I’m thinking about turning around,” said Bonhomme. “I do not like roaches at all.”

The Burger King location that was temporarily closed is owned by BravoTampa.

The company sent up a written statement:

“Our first priority is the health and safety of our guests and employees.  Immediately upon learning of this situation, we closed the restaurant, solved the problem and reopened the restaurant upon obtaining a re-inspection and clean bill of health from the health department.”

You can view this location’s complete inspection history here.