A code enforcement officer captured an image of a large rodent inside the restaurant's front glass door. 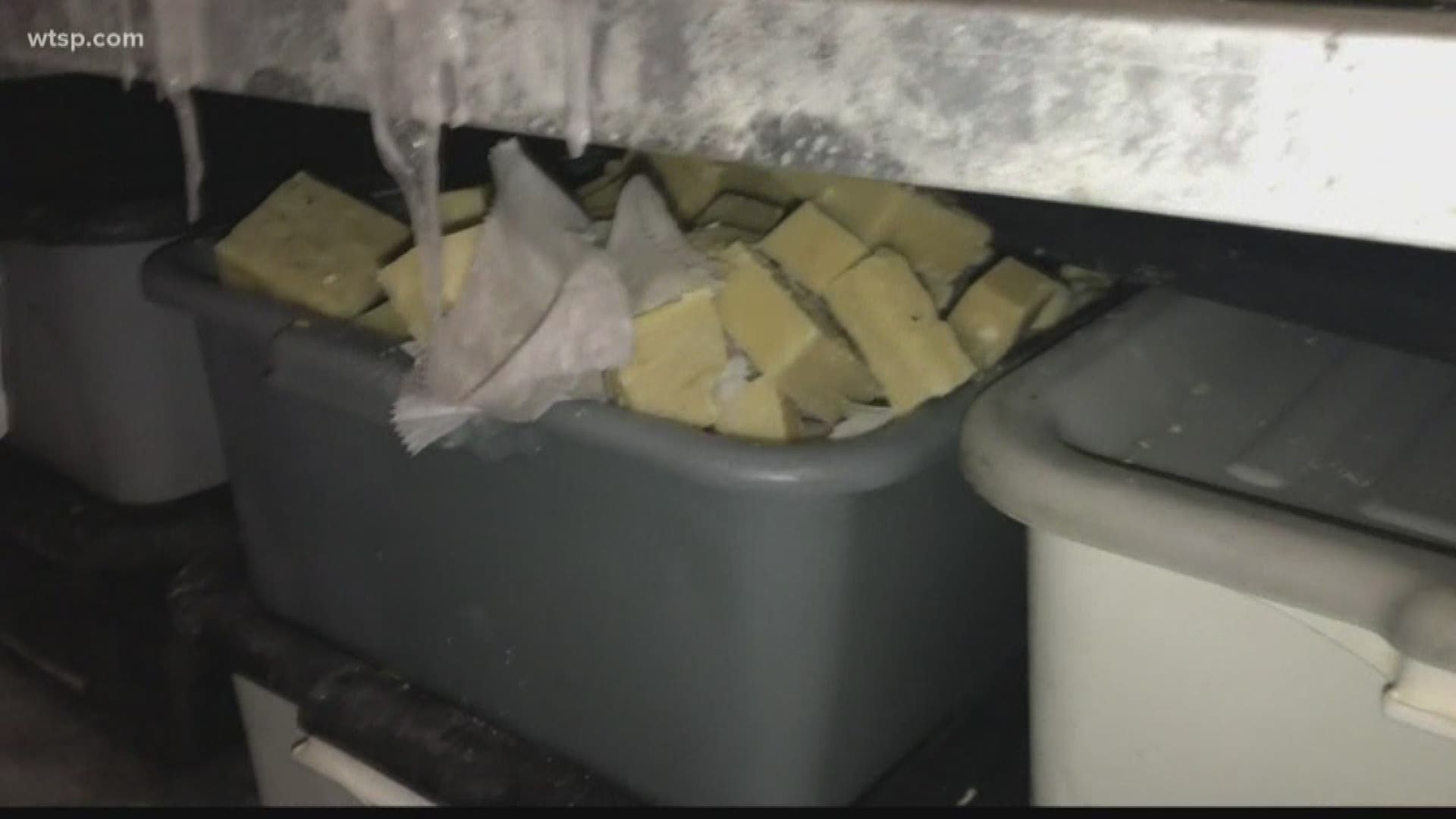 Known for serving up Indian Street Food, Tampa's Royal Sweets is equally known for its wide array of amazing desserts.

But what wasn't so sweet was this restaurant's most recent health inspection. Royal Sweets was temporarily shut down by the state on February 28th with 20 violations. It has since reopened.

Among the issues were violations for food stored on the floor in the walk-in cooler, ice buildup in the freezer, small flying insects around the sugar and inside a bag of cashews, and even wet rodent droppings with 15 under the cook line and 10 more in the dry storage area.

“Its quite concerning obviously,” said customer Sanya Bhudani  “Places need to be hygienic.”

But owner Pawan Kumar told us the health inspector gave his restaurant a clean bill of health.

“He said someone called and complained about the restaurant,” said Kumar as he explained his interaction with the inspector.  “I said go ahead and inspect the place.  He went inside and inspected the place and didn't find nothing!”

But that's not what the restaurant’s February 28th inspection indicates.  10News pointed out to the owner his restaurant’s violations for things like rodent droppings found under the cook line, a violation Kumar denies.

Kumar invited our camera into the kitchen so we could see for ourselves.  But almost immediately we started spotting problems like in the walk-in freezer where we found frozen water dripping down onto uncovered food below.   Other food items were left uncovered or in opened bags.

Kumar took us to the cook line where we found lots of grease and left-over food debris.   When we pointed out small dead cockroach on the floor in the kitchen, the owner said he’d had enough ordering us out.

The conditions out back behind the restaurant were also bad with the garbage dumpster surrounded by rotting trash and debris.

Kumar blamed that problem on his neighboring businesses which he accuses of using his garbage dumpster and leaving the mess.

And while customers who saw the health inspection report weren't sticking around to take any chances, Kumar continues to insist customers should not be concerned.

“This place, I keep it clean. We had a little bit of a cleaning problem which we solved with the inspector. That's about it.”

You can take a look at the restaurant's full inspection history here.