Thai Bistro was temporarily closed by inspectors May 7 due to serious health code violations. 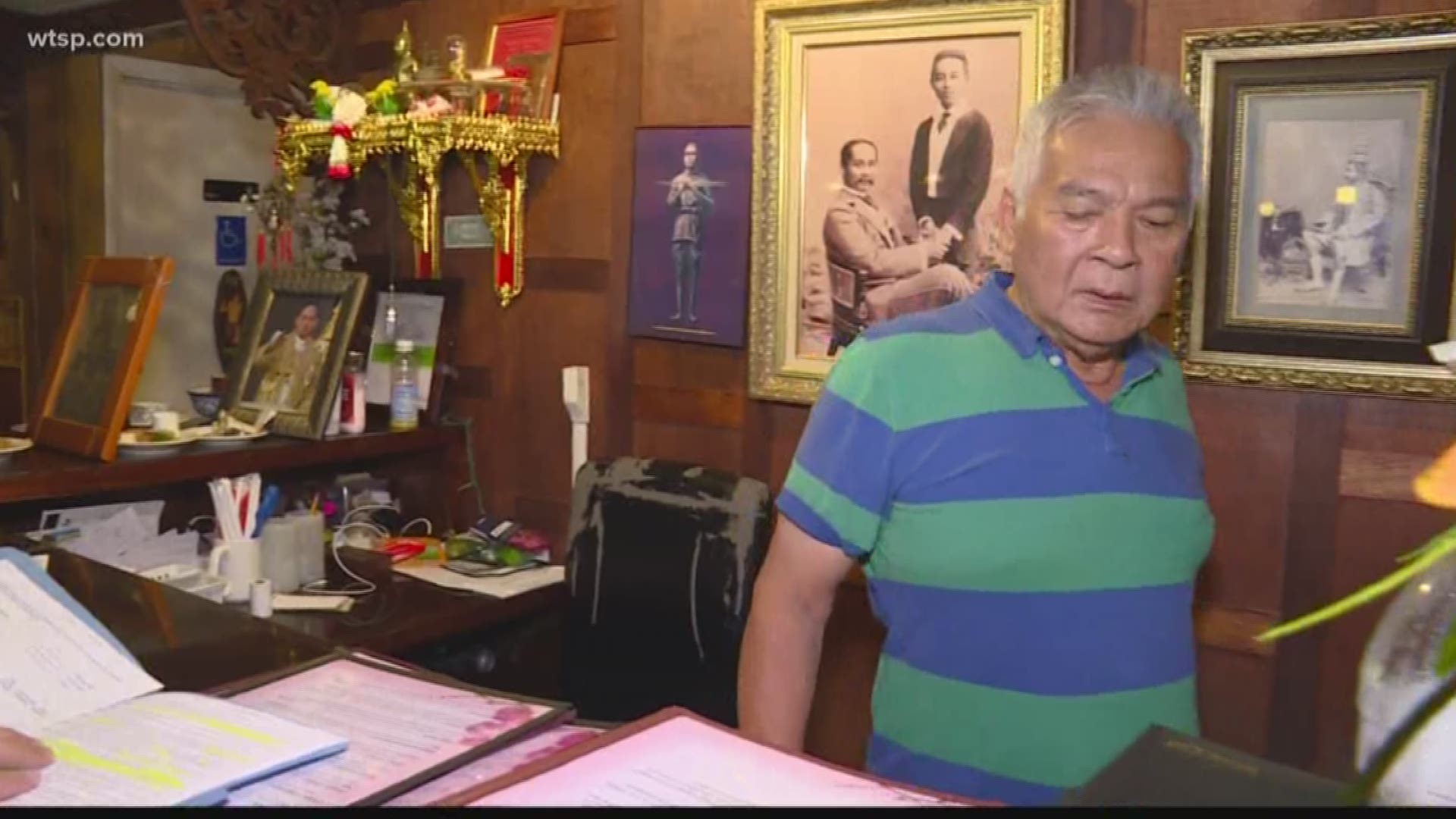 NEW PORT RICHEY, Fla. — It’s known as one of the best Thai restaurants in all of Pasco County.  But customers want to know what’s going on inside the kitchen after Thai Bistro was temporarily closed by inspectors due to serious health code violations.

The restaurant is located on Main Street in New Port Richey.

Ida Lopez was eating at the restaurant with her daughter Wednesday and says she thinks its one of the best in the area for Thai food.

“The flavor is authentic.  When you go inside you see the decorations, you feel like you’re in Thailand,” said Lopez.

She says she had no idea the restaurant had been closed a week earlier with 29 violations.

Among the issues written up by a health inspector was pad thai dated April 17, 18 days before the inspection. The owner claimed the food had been made just a day earlier.

The inspection report indicates the inspector also found a torn screen on the back kitchen door with “VERMIN PRESENT.”  The inspector also documented dozens of rodent droppings on the floor behind the bulk sugar, on top of a package of rice noodles, near a can of coconut milk and 48 droppings under the dishwasher.

“It’s a huge concern because I know animals like that can spread diseases,” said Lopez.

10News stopped in to check on conditions inside the kitchen.

“We already cleaned up,” said the owner who would only provide his first name, Noy.

When we asked for permission to check out the kitchen for ourselves, we were told “no” and that the health inspector had already been there.

The restaurant was cleared to reopen the day following their emergency closure, but on our visit owners had little information on what was actually done to clean up.

“I’m not going to give any information, sorry,” said Noy.

Customers felt the restaurant’s reluctance to provide details is concerning.

“If they want customers, they need to open up and they have nothing to hide,” said Lopez.  “Let’s show the kitchen.”

Lopez says she’ll be waiting for the restaurant’s next inspection and what health inspectors find will determine when and if she returns.