Sushi Spice in Seminole was shut down twice by health inspectors over the past 30 days. 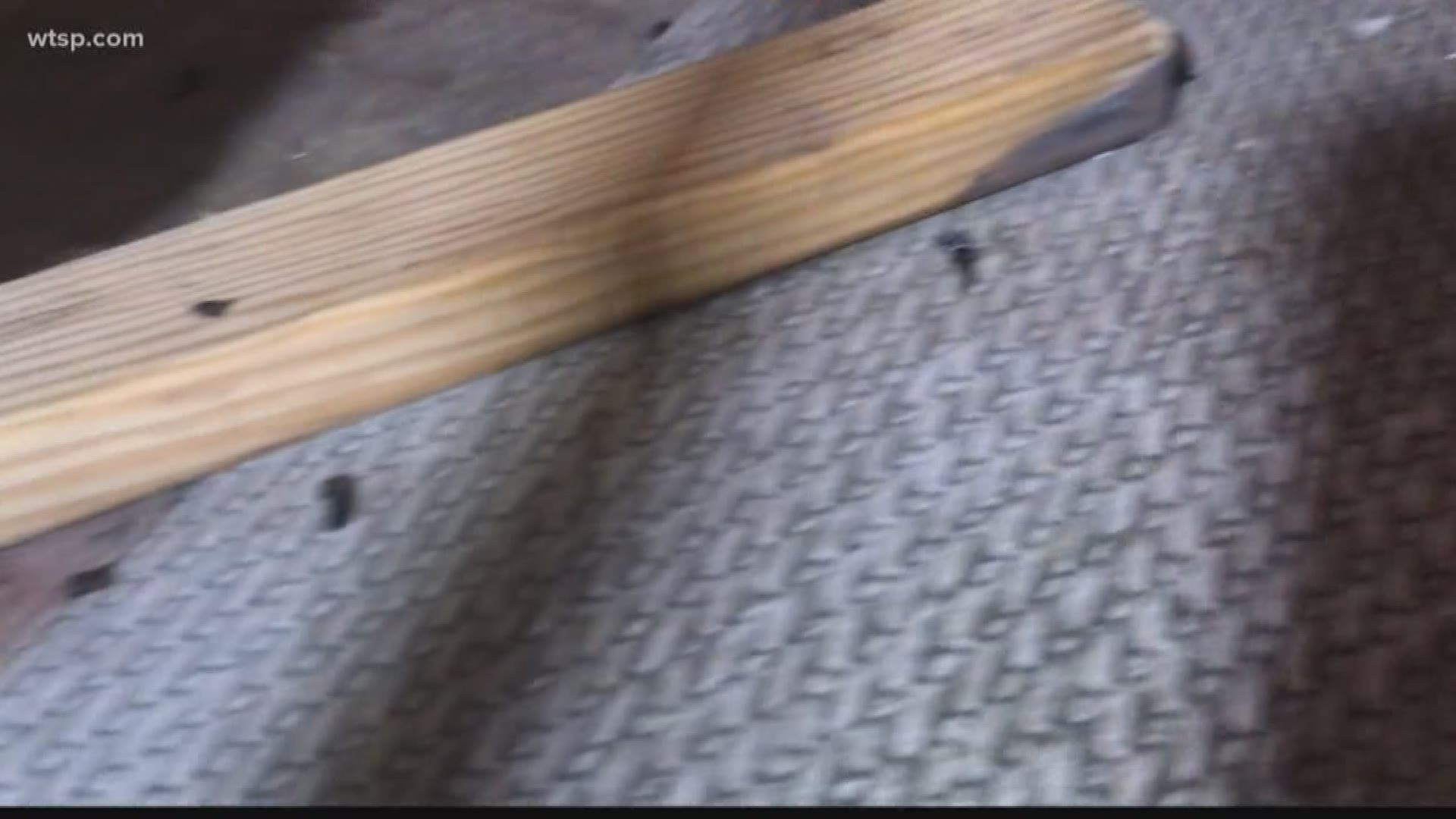 SEMINOLE, Fla. — Jennifer Millican loves trying new restaurants. But after hearing about health code violations inside the kitchen at Seminole’s Sushi Spice, Millican says she had second thoughts about going inside.

Turns out, Sushi Spice was shut down by state health inspectors as an emergency closure on Jan. 29 with 17 violations.

The issues included food stored on floor, temperature violations and dead roaches inside a storage area on the cook line. The inspector also reported rodent droppings under the dish machine, around the beverage area, behind cooking equipment, on a shelf under sushi cooler and even inside the employee restroom.

“I wouldn’t go there,” says Millican. “It’s too scary. There’s too many other places out there that are clean.”

The restaurant shut down a second time on Feb 12 with 14 violations, including chicken nuggets and fritters stored on floor, clean dishes not inverted, even a live rodent reported by the inspector near the walk-in cooler.  They wrote up the restaurant for more rodent droppings on the dry storage shelves, under the dishwashing area and around the sushi bar.

So are the problems cleaned up? 10News stopped in Wednesday night to find out.

We reached the restaurant’s owner by phone who said all the violations were corrected. He told us he had no interest in allowing our camera into the kitchen then hung up. But an employee who identified herself as “the person in charge” offered us a tour.

Right off the bat, we started seeing positive signs like soap and paper towels at all the employee hand sinks. We also checked out the walk-in cooler where we found everything 6 inches off the floor and all food properly covered.

But we also started spotting problems like raw beef stored directly over the glass noodles.

We also found dishes stored incorrectly which what appeared to be personal items like a phone charger and pens placed directly on top of clean plates used for customer food.

Even worse, we found numerous rodent droppings underneath the dishwashing area and in the employee bathroom.

“I think they come from this hole,” said the employee showing us around.

The employee told us every night she covers up the drain to keep rodents out.  She says the restaurant will call the building’s landlord to have pest control return.

"That’s very important,” said the employee who identified herself as Rung.  “We are a restaurant. We need to be clean.”

We showed our video of the rodent droppings to Jennifer outside.

“That’s disgusting. Usually people like to spruce things up after something like that happens. I would never go there.”

You can view the complete inspection history for Sushi Spice here.