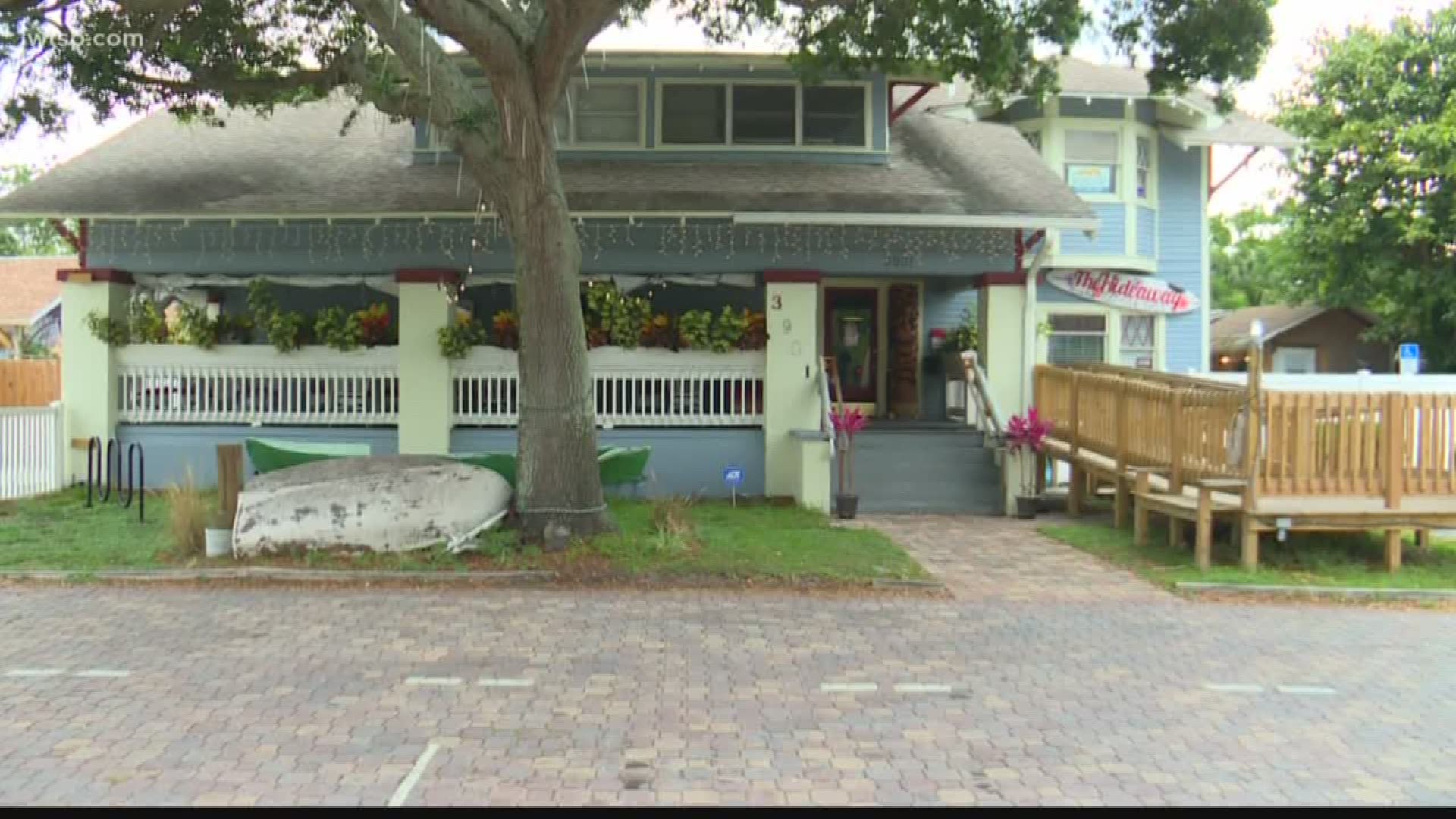 ST. PETERSBURG, Fla. — When it comes to restaurant health inspections, you either pass or get written up.  And while not every restaurant that fails to meet state standards gets shut down, one St. Petersburg restaurant has the distinction of failing to meet inspection standards on each and every one of their inspections since opening.

Hideaway Pizza Pub is located on 6th Street South in St. Pete, and in just eight months has already developed some loyal customers.

“The crust is absolutely phenomenal,” said one customer eating with her family Thursday night.  “It's so crisp and tasty!”

And while the restaurant’s crust may be crispy, in just its first eight months the Hideaway Pizza Pub has already had health inspectors stop in 10 times.

“First of all, we weren't shut down,” said Smeltz.  “The person responsible is the only reason this happened and it was because of a disgruntled employee's mother who called and said we had problems.”

But health inspectors don't shut down restaurants over complaints.  Instead, they order emergency closures only when they find actual violations.

The restaurant racked up 50 in all between two April inspections. Both visits resulted in emergency closures. The violations included rodent activity with 50-75 droppings under the indoor bar,  6 near the ice machine and 30 under booths in the dining room.

“Do you really think this inspector sat down and counted every rodent dropping,” asked Smeltz. “I was surprised by her findings.”

So we asked to check out the kitchen for ourselves.

“If a customer wants to go back, I'll take them back there any day. But a TV reporter … no way.”

“We have a reinspection this month and I can almost assure we are going to pass every single one of them.”

You can take a look at Hideaway Pizza Pub’s inspections here.