The health inspector reported finding nearly 100 rodent droppings and live roaches on a visit to the owner's current location. 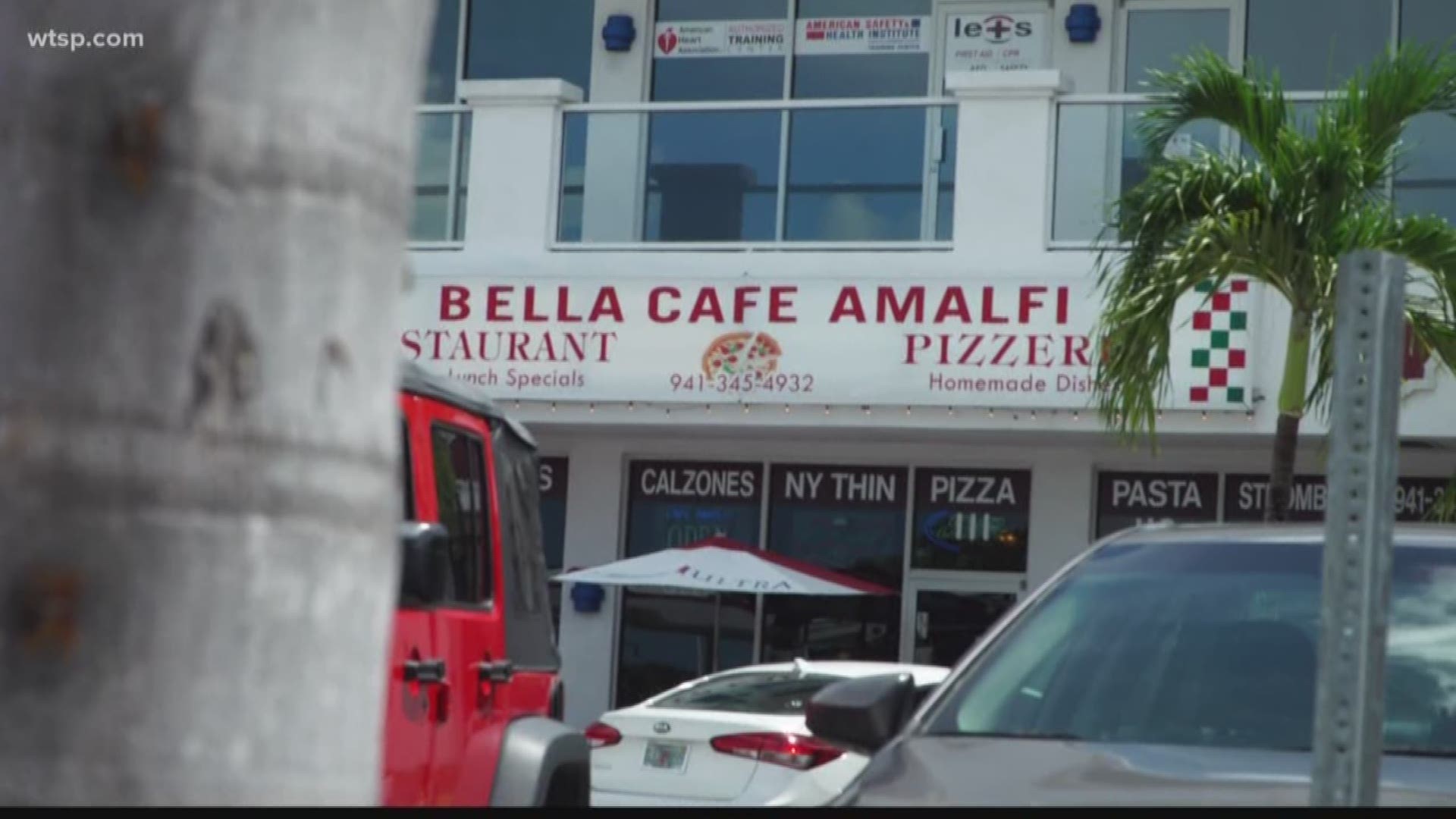 “I love pasta,” said Helen Pessefall on her way in for lunch Wednesday.

But she and others had no idea the Italian café in Bradenton was shut down last week as an emergency closure.

Health inspectors documented 29 violations, including the dish machine not sanitizing properly, temperature abuse on the meatballs, mozzarella cheese, and pizza sauce along with small flying insects in the dishwashing area. 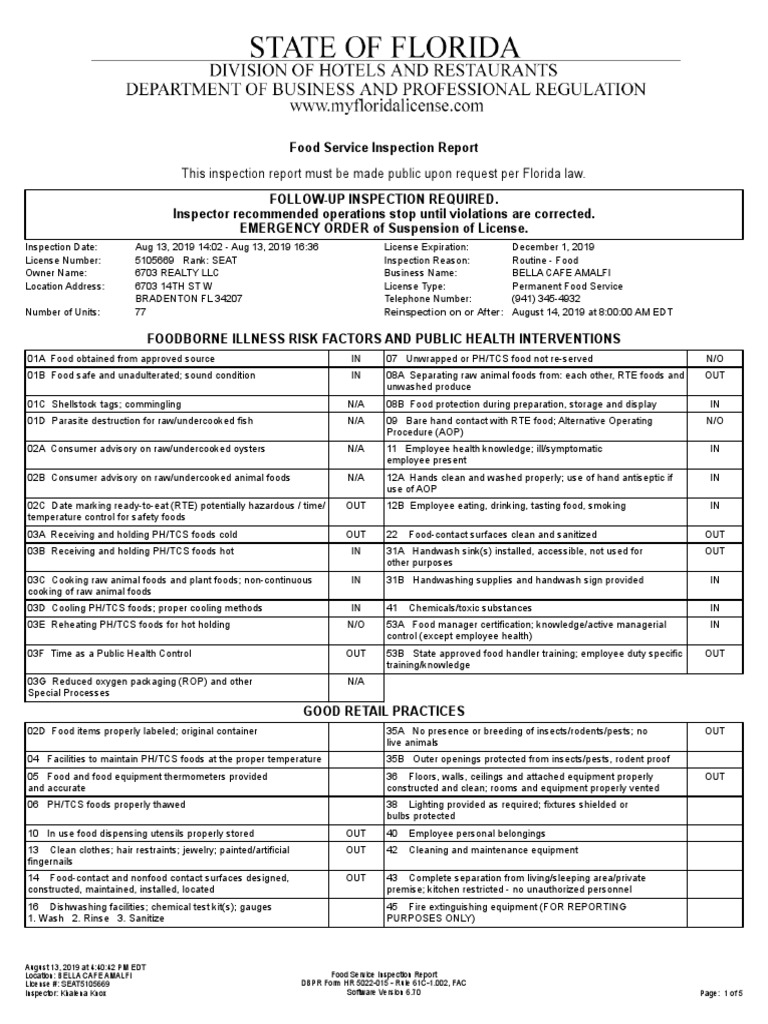 The restaurant was forced to remain closed for nearly a week before the state cleared them to reopen Monday. So 10News stopped in checking to see if the kitchen was really cleaned up.

But when we arrived, owner John D’Atria told us he had no interest in discussing what was done to clean up his kitchen after the violations.

When asked about all the rodent and roach activity, D’Atria responded, “Everything is perfect now. We’re open now. Can’t you see we’re open?”

D’Atria is no stranger to 10News. You may remember him from our report back in 2013 when his first location on Bee Ridge Rd was also shut down.

“My girlfriend was going to take a drink of water and she pointed to the glass,” recalled customer Cindy Hamilton when we interviewed her back in 2013. “There was a roach on the glass of ice water.”

Back then, 10News uncovered complaint after complaint, many about roaches, some even crawling across customers.

“I’m like oh crap! I am petrified,” said Hamilton.

On our visit to D’Atria’s original Café Amalfi location in 2013, we found roaches crawling across the plates, into the walk-in cooler and even crawling up the walls in the dining room.

We also found no soap at any of the handwashing sinks for employees to use before preparing food.

When we confronted the owner back then, he had a similar response.

“We had the board of health here and we got a clean bill of health,” said D’Atria in 2013. “They checked the whole place.”

Our 2013 inspection resulted in the state temporarily shutting the restaurant down and the following year, another Café Amalfi location on Tamiami Trail in Sarasota was also temporarily closed twice in 2014.

Back then, the owner again told us everything was fine!

“I don’t think everything is fine,” said customer Helen Pessefall, who is concerned over what seems to be a pattern of problems with this same owner.

“They need it cleaned up," she said. "The food is really good when we’ve had it but I don’t want to eat in those kinds of conditions.”