Pizza shop gets shut down for third time in 2 years 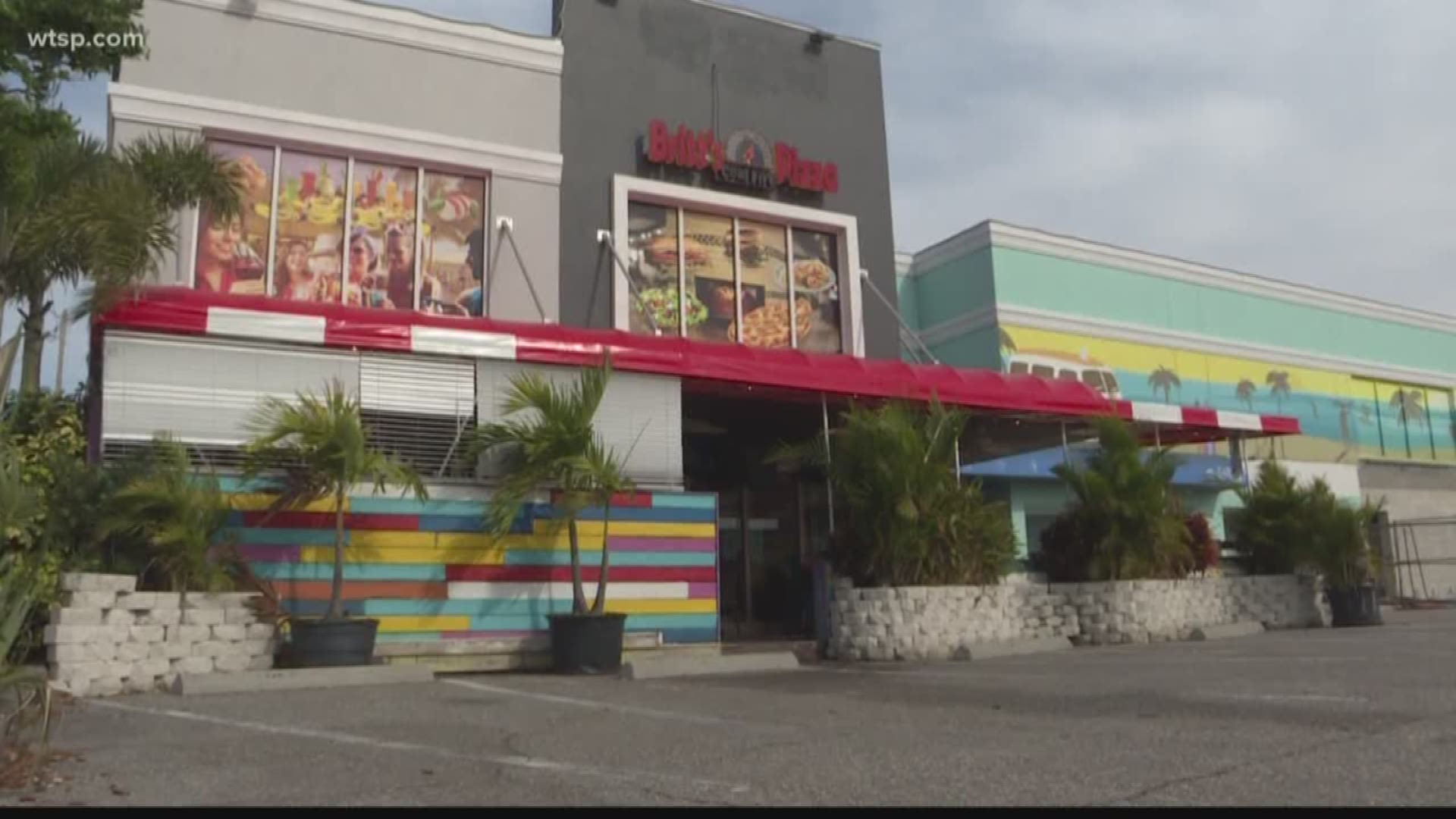 TREASURE ISLAND, Fla. — Jeanette and Ernie Douglas are among the big fans of Britt’s Coal Fire Pizza on Gulf Boulevard in Treasure Island.

“We had a veggie pizza and it was out of this world,” Jeanette said. “I didn’t think I’d like all veggie but it was really really good.”

But, the couple had no idea about the restaurant’s previous problems on their health inspections.

State records show Britt’s Coal Fire Pizza was shut down just last week with 29 health code violations. The issues included a a slimy mold-like substance on the ice chute of self-service drink machine, a moldy rotten onion swarming with flies in the prep room. And, there were rodent droppings around the ice machine, hand sink, outdoor bar area.

“Anytime you hear that kind of stuff it’s a concern,” said Jeanette.  “But I bet if you went into other restaurants, you’d see the same type of thing.”

While some might dismiss violations if they only happen once, it’s hard to ignore Britt’s history of health code problems.

Records show the restaurant was temporarily closed for the third time in two years. The state also has numerous complaints on file from customers and even former employees about live roaches and unclean conditions.

In 2018, inspectors reported finding live roaches crawling across the pizza pans, though the silverware bin and even inside a box of biscotti.

“That’s awful,” said Darby Snyder in 2018 when we visited the restaurant after their first emergency closure. “It’s like an infestation.”

This week we returned to check on conditions two years later.

“You can’t come in here,” shouted an employee from just inside the front doorway.

He had no explanation for all the violations but did say the rodent droppings listed on the inspection were all found in outdoor areas of the restaurant.

Other employees spoke off-camera, telling us construction work around the establishment might have contributed to the problems.

Some customers appear ready to give Britt’s another chance after they were cleared by the state to reopen, others appreciate knowing about all the violations.

“I think people should be made aware of it,” said Snyder.  “I love what you guys are doing because we’re not going here ever.”