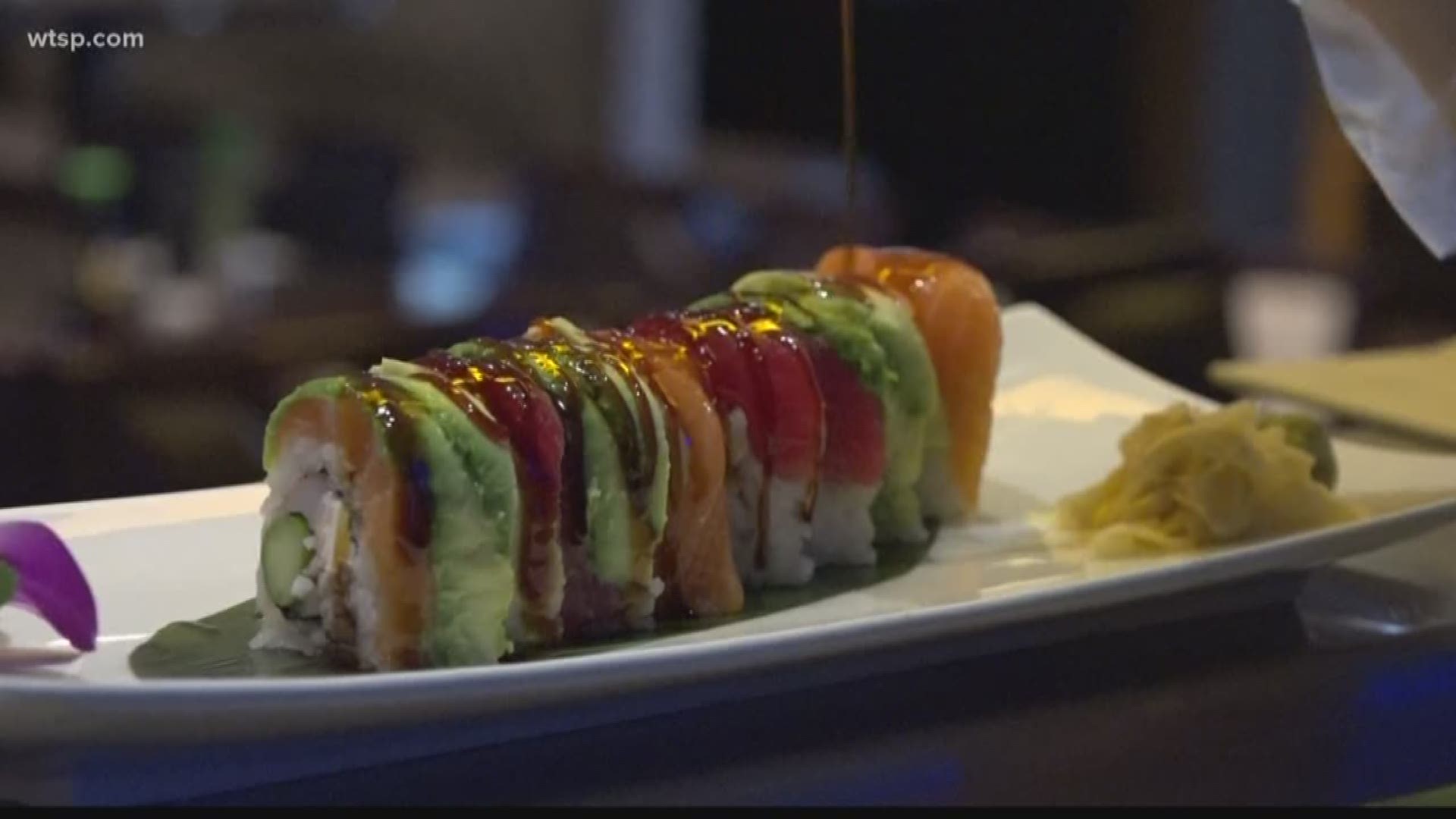 NEW PORT RICHEY, Fla. — When you order something off a restaurant’s menu, that’s what most people expect to get, not something else.

But, state health inspectors said a restaurant in Pasco County was misleading customers by advertising one type of fish on the menu but serving a completely different, cheaper fish instead.

That wasn’t the only problem inspectors found inside Kawa Japanese Steak House and Sushi on Little Road in New Port Richey.

Health inspectors ordered the restaurant to temporarily close after its Dec. 4, inspection after the establishment racked up 29 violations.

According to the inspection report, the issues included chicken, beef and shrimp found at unsafe temperatures. They also found a black or green mold-like substance inside the ice machine and small flying insects in the bar area.

The inspector also reported live roaches on a bucket of soy sauce and all around the sushi bar.

There were similar issues on the restaurant’s health inspection from back in June. Records show that’s when health inspectors reported the restaurant was advertising one type of fish on the menu but actually serving something else. The restaurant was replacing expensive red snapper with much cheaper tilapia and advertising white tuna but serving another cheap fish called escolar. That fish is known to cause an upset stomach for some people because of its high wax content.

“I want to eat what’s advertised on the menu,”  Rovera said, upset to learn the restaurant was serving a different type of fish than what was advertised.

On Wednesday, 10News showed up checking to see if all those violations were now corrected.

Management agreed to allow our camera into the kitchen where we headed straight to the handwashing sink and found both soap and paper towels for employees to wash their hands.

We searched all around the kitchen and sushi bar and didn’t find any cockroaches.

“Within 30 minutes they were here,” said Johnson of the pest control company.

And, while the closure was unpleasant, she said her team got to work right away cleaning up the kitchen.

“We love our customers,” Johnson said. "It’s very important. We don’t want anything bad to happen to anybody and we don’t want to have a bad name as well.”

She said the restaurant has also updated its menu to make sure customers aren’t misled on the type of fish they’ll actually be getting.

“That is not an issue anymore,” insisted Johnson.

As we searched throughout the kitchen it was hard to find any serious problems.

About the only issue we could find was a handwashing sink blocked by a rack in the dishwashing area: a problem the restaurant was previously warned to correct.

Other than that, the kitchen appeared tidy and clean.

“I just hope people can look past that and know our doors are open and the health department was here and everything was fixed,” Johnson said.  “We’re working daily to make sure it stays that way.”