The location near Tampa's Gaither High was temporarily shut down by the state on Oct. 16 with 17 violations. 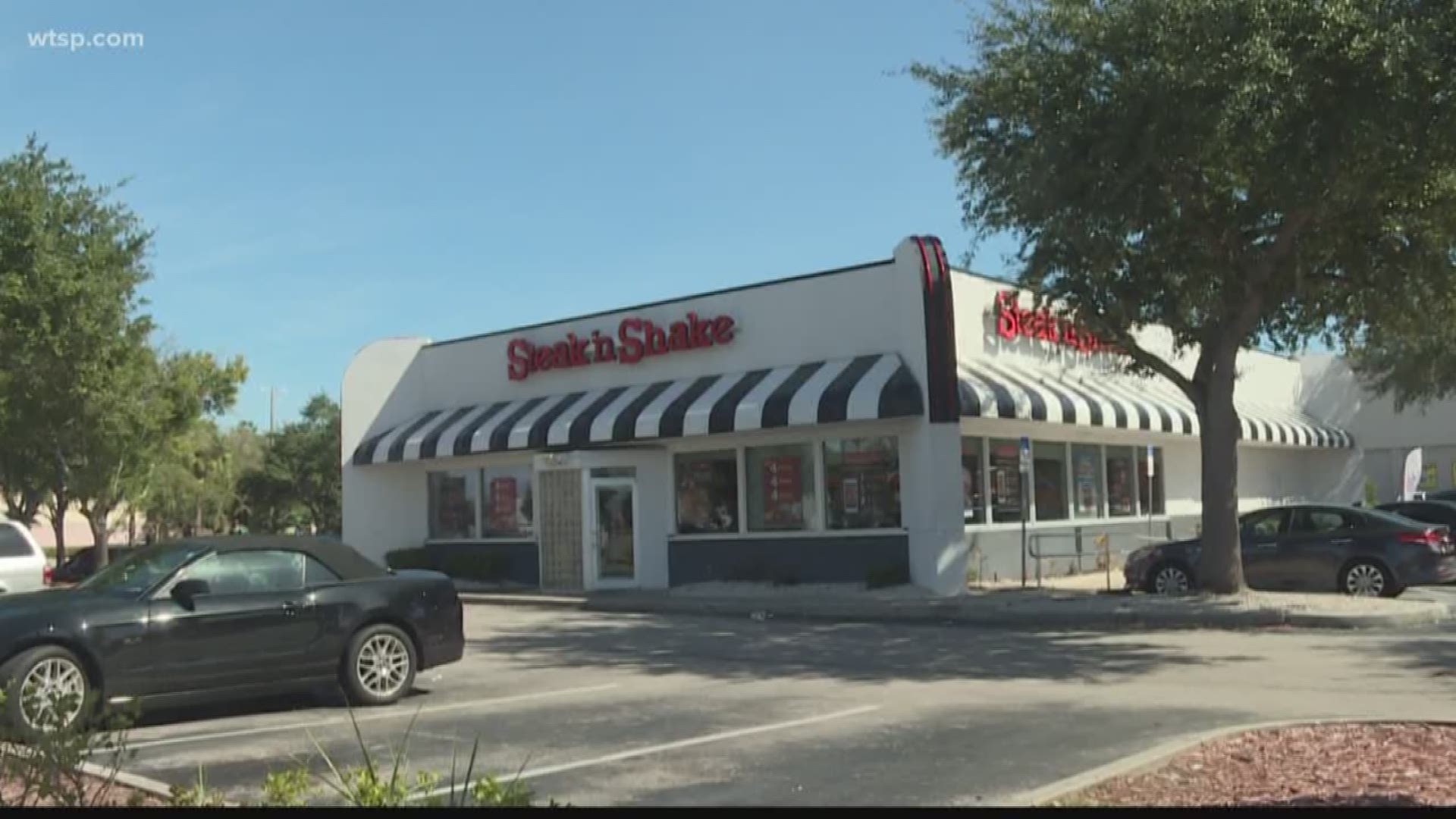 TAMPA, Fla. — Right across the street from Tampa’s Gaither High School, Steak N Shake #384 on North Dale Mabry Highway is known for its steakburgers, skinny fries and of course the milkshakes!

“If I want a milkshake, I’m going to Steak 'n Shake,” said Luis on his way in for lunch.

But some customers might rethink that choice after hearing about this Steak 'n Shake location’s previous health code problems.

The restaurant was temporarily shut down by the state on Oct. 16 with 17 violations. The inspector reports foods like the hamburger patties, cheeses and diced tomatoes were being held at dangerously warm temperatures. Flies were also spotted swarming around the kitchen, landing on the beef, cheese, lettuce, on the dish rack, according to the report. The inspector also wrote up a “mold-like substance” on the milkshake machine’s dispensing nozzle.

“Not good… not good,” said Luis shaking his head. “Mold doesn’t sound that bad but it definitely leads to big-time illnesses.”

The inspector came back the next day expecting to find a cleaned-up kitchen, but the report shows the kitchen was filled with even more flies, and worse yet when it came to cleaning the moldy milkshake machine, the inspector wrote, “not done yet.”

“That’s ridiculous,” said customer William Gildersleeve who was eating lunch with his son on Wednesday.

The restaurant was eventually cleared to reopen the day after their closure, so 10News stopped in a week later to see if the kitchen was actually cleaned up.

“Is there a reason you are here with cameras in my store?” asked the manager when we arrived at the front counter to ask about the previous problems.

Management told us they had no interest in discussing anything done to clean up their kitchen.

“If you’re filming this, I will sue you,” said the manager who did not provide her name.

But we had questions about why that mold wasn’t cleaned off the milkshake maker nozzle…even after it was pointed out by the state.

“A moldy milkshake machine?  I think you have the wrong location,” the manager stated when asked about the dirty equipment.

The report clearly lists Steak 'n Shake #384 at 16203 N Dale Mabry.  Even so, the manager continued telling us we were wrong.

“Obviously, you don’t have your facts straight,” she said.

When we asked if there was someone else we could talk to for information on the emergency closure, the manager responded, “no” and told us it was not a public matter.

But, because Steak 'n Shake is licensed as a “public food service establishment” severing food to the public, we argued otherwise. After being asked to leave, we contacted Steak 'n Shake’s corporate office.

A spokesperson for the company told 10 News the failing re-inspection was “unacceptable” and that the original violations should not have happened in the first place. The company insists the quality and safety of their food is their number one priority.

But customers who’ve seen the inspection reports believe that may not be the case at this restaurant.

“They don’t see it as a priority,” said another Steak n Shake customer named Torrie.