“Everything is back to normal,” manager Johnny Zhang told 10 News during an interview Wednesday. 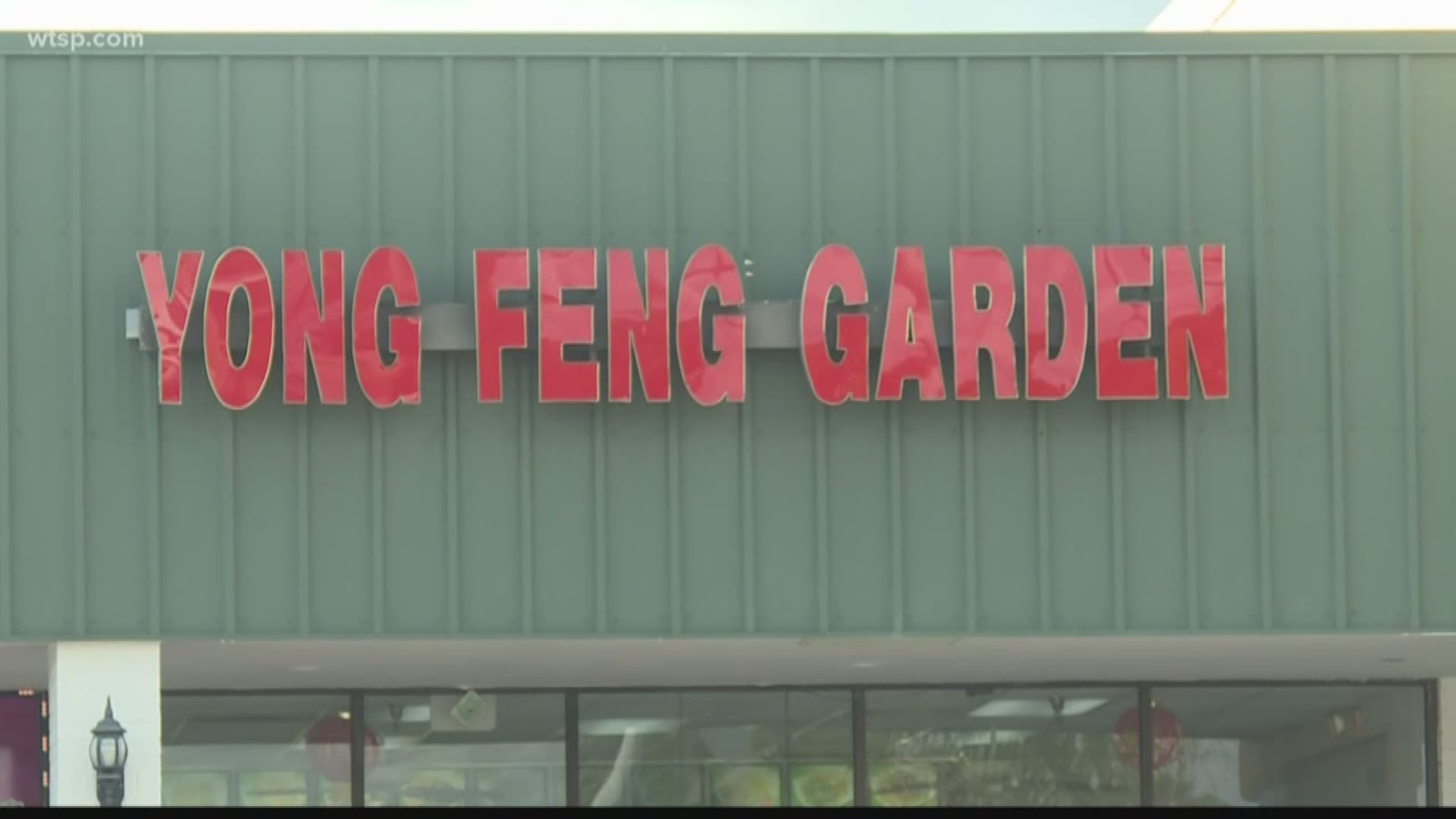 BRADENTON, Fla. — Roaches in the kitchen is one of the top violations to get a restaurant shut down in the state of Florida.

But, employees not washing their hands can be just as dangerous.

Bradenton’s Yong Feng Gardens had both of those major infractions and a total of 22 violations on their Oct. 31 inspection by the Florida Department of Business and Professional Regulation’s Division of Hotels and Restaurants.

The establishment on 15th Street East in the Oneco area of Manatee County was ordered to temporarily close until the violations could be corrected. The state returned the following day and cleared the establishment to reopen.

On Wednesday, we found Alyssia Bailey waiting for take-out inside the restaurant.

“I love everything [about this place],” Bailey said as she was walking out with a bag of food. “I'm here all the time.”

But, Bailey and others were unaware of the violations from just a week earlier.

We shared details of the inspection report with customers, which included an employee using the bathroom without washing hands upon returning to the work area. Two other employees were written up for not using soap to wash their hands.

The restaurant was also cited for storing raw chicken above sauces and roach activity with live roaches near the three-compartment sink and by the door to the walk-in cooler.

“That kind of makes me want to get my money back,” Bailey said.  “That’s disgusting! I wish you would have told me before I went in there.”

On Wednesday, 10News stopped into the restaurant to see if conditions had improved since the health inspector’s visit.

“We just started cleaning the whole restaurant,” said manager Johnny Zhang .  “Everything is cleaned up.”

To prove his point, Zhang agreed to allow our camera into the kitchen.

“Sure, go ahead,” Zhang said as he opened up the door to the kitchen.

Our first stop was the handwashing sink where inspectors reported issues from a week earlier.

On our visit, we found it stocked with both soap and paper towels, and Zhang told us handwashing was no longer an issue.

“Every time we go back to work [employees are] washing their hands using the soap,” Zhang said.

He also showed us an area under the dish washing sink where the inspector reported finding roaches and “roach egg sacks” last week.

After getting down and searching, that issue appeared to be cleaned up.

We did spot a few potential violations including an employee cell phone and uncovered drink on a food prep surface. In the walk-in cooler, we spotted raw meat stored over a box of vegetables. Zhang told us those vegetables were for employee “personal use.”

But despite those few remaining issues, it was apparent this restaurant had taken steps to clean up their kitchen and fix most of the violations listed on the state’s inspection.

“Everything is back to normal,” said Zhang, who wants customers to know his restaurant is “fine for coming to eat food.”

A state inspector returned on the same day of our visit and found a cleaned-up kitchen indicating on their inspection the restaurant “met inspection standards.”