Bollywood Aroma Indian Cuisine has not been able to pass any of their 14 re-inspections since their original closure Jan. 14. 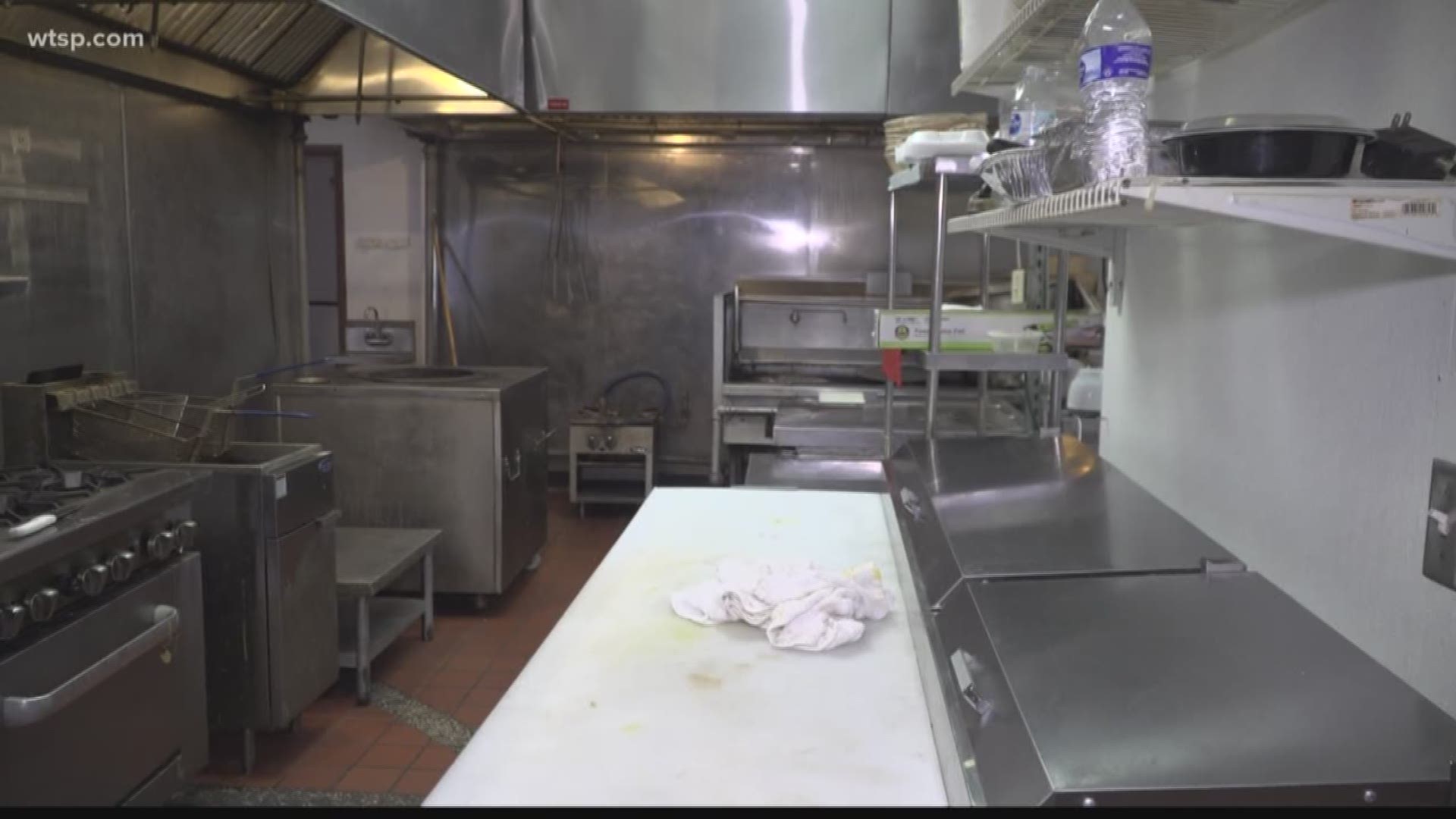 The issues included produce found exposed to dripping water leaking from the ceiling, food stored on a bed in the manager’s office, raw chicken found above the potatoes and ginger—a possible cross-contamination issue−along with employees not washing their hands and touching ready to eat food without wearing gloves.

The health inspector also documented a dish machine not sanitizing properly along with insect issues throughout the kitchen.

A week later we returned to the restaurant located at 4747 66th Street North in Kenneth City. We found the establishment still locked up and closed with a bright orange sign posted by the state warning customers of the potential threat to public health.

Inspectors have been back for re-inspections nearly every day since the restaurant first temporarily closed Jan. 14 but, have returned to continually find repeat violations.

On Wednesday, 10News found owner Joseph Sahai working near the back kitchen door.

“We are planning to get reopened today anytime the health inspector comes,” said Sahai who says he’s been working to clean up every day.

“I have no idea what was the problem here,” said Sahai. “There were the big roaches and somebody complained about that. I said ‘no problem… we can take care of this problem.' It is not a big deal."

But Florida health code regulations indicate roaches are a big deal—classified a “high priority violation” and potential ground for an emergency closure of the establishment.

The regulations also state that using household chemicals and not following label instructions can be a violation.

Records show the restaurant’s operator was cited for using “home defense bug spray on the walls and other areas” and tracking powder, a type of insecticide, behind the refrigerator on the cook's line.

That’s a  concern because the poison can then cause contamination if insects crawl across clean plates or into the food after walking through the powder.

“They said you cannot do this,” recalls Sahai.

After nearly two weeks of cleaning, Sahai invited us inside his restaurant to take a look around. He said he was confident his kitchen was ready to re-open.

“Every day I’m working on it,” said Sahai.

Sahai said the roach problem that got his restaurant shut down was isolated in the bathroom. But, state records show the inspector actually found live roaches on the cook line, inside the freezer and on the sandwich making table.

On our visit, we found a dying roach right under that sandwich make table.

But, despite the 14 back-to-back failing inspections and the roach we found, Sahai doesn’t believe his customers will be concerned.

“My customers already know what type of food I serve,” said Sahai.  “I don’t need to tell any customer here.  My customer knows how good food is.”

Shortly after our interview Wednesday, a team of health inspectors showed up to re-inspect the restaurant.

After finding evidence of more insect activity, the restaurant was again ordered to remain closed.