The restaurant has been shut down twice in the past month for roach activity and other issues. 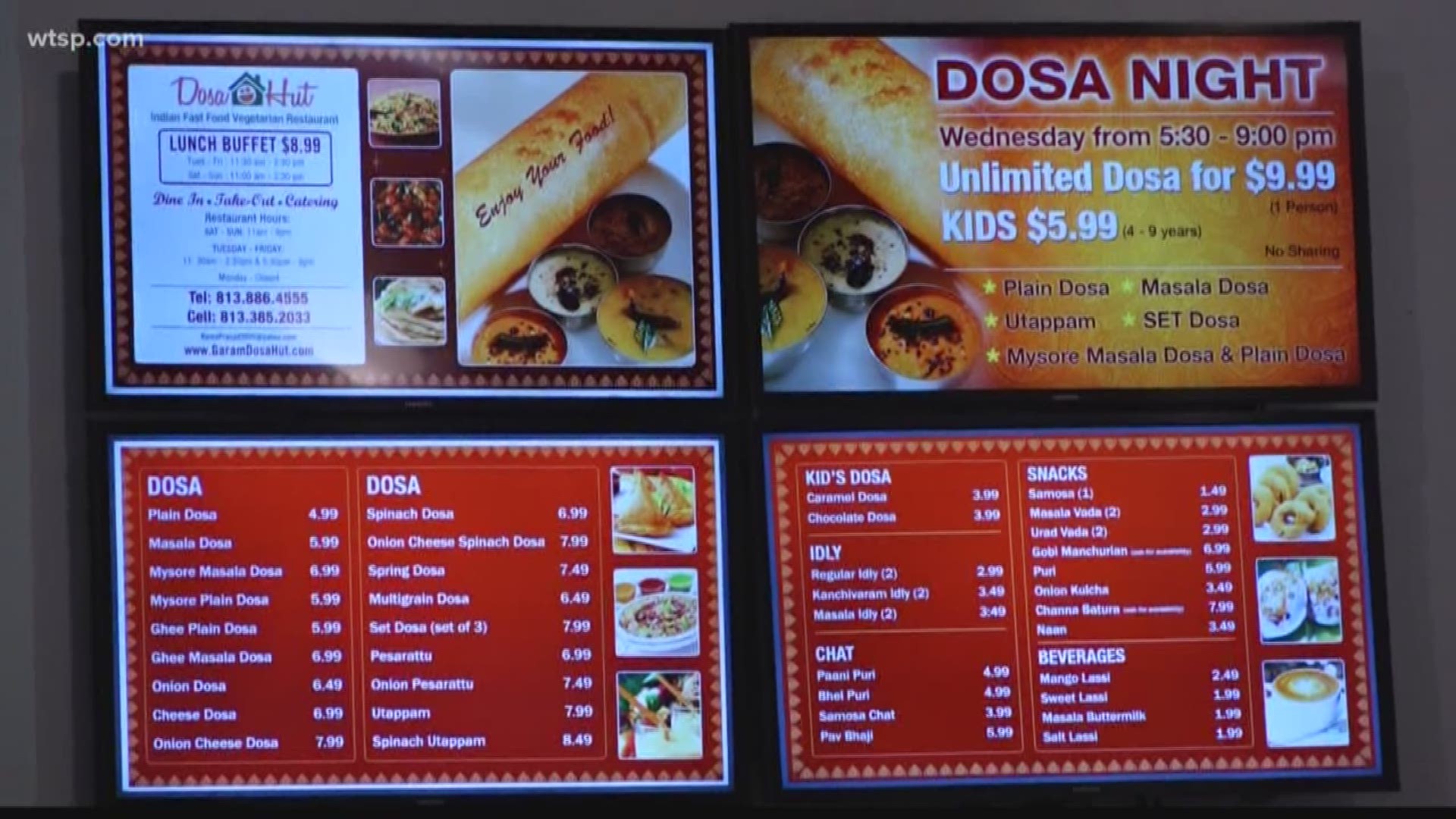 The aroma of curry and other Indian spices fills the air outside Tampa’s Dosa Hut Restaurant in the Town 'n' Country area of Hillsborough County.

“I smelled the food and it smells pretty good,” said Carlos Moore, who works out next door and admits he’s often thought about giving the restaurant a try.

But those days are over after Moore says he found out about the establishment’s recent problems with health inspections.

The restaurant has been shut down twice in the past month, most recently on Jan. 10, when a health inspector reported finding 13 violations, including clean spoons stored in a dirty drawer, along with cooked rice, vegetables and chicken not properly date marked.

The inspector also reported finding both dead and live roaches throughout the kitchen, crawling across the ceiling, in the food prep room cabinets, along with 30-plus cockroaches found around a reach-in cooler.

Records show the inspector returned the following day and found even more roaches including one in the food processor.

“If there’s roaches, they’re not keeping it clean,” said Moore.  “Then the concern becomes bacterial infections.”

It wasn’t the first time Dosa Hut had problems with their health inspections.  The restaurant was also shut down in December when the inspector reported finding more dead and live roaches.

In the report at the time, the inspector indicates there were too many roaches to count in food prep areas, with more under clean sheet pans, under buffet line and even in the seating area around customers.

RELATED: Restaurant Red Alert: See locations with most violations in 2018

Making matters worse, a week earlier the inspector reported finding 15 rodent droppings in many of the same areas with the roaches.

“Absolutely, that would bother me,” said Moore.   “We would turn around immediately.”

But there was no turning back for 10News.  We walked straight into the restaurant to find out what was going on.

The restaurant manager told us he didn’t want to appear on camera but did agree to allow out camera inside the kitchen, where we almost immediately started finding more problems including both dead and live roaches.

Our camera captures one live roach hiding under a high chair for little kids.   We also documented a small flying insect in the kitchen which the owner disputed.

“Its not (a) fly,” said the owner, who at that point had had had enough.

“Turn off the camera,” he said.

Between the previous inspection and our findings, customers were not impressed with the restaurant’s progress in the getting their kitchen cleaned up.

When asked if he would eventually consider giving Dosa Hut a try, Moore said,  “No… That a resounding no!”