The owner of Harold Seltzer’s Steakhouse says the tenderizer was old and not in use. 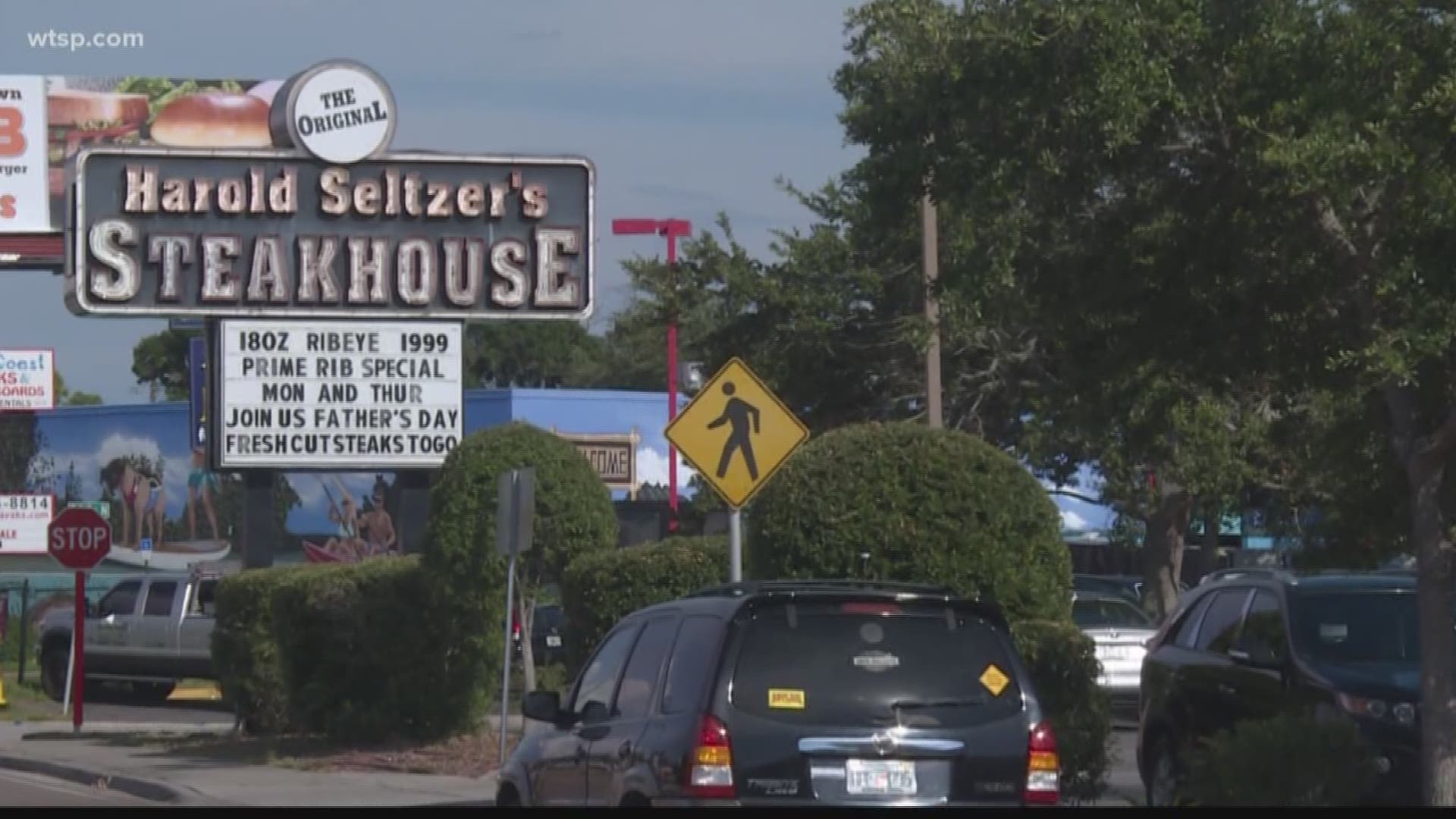 ST. PETERSBURG, Fla. — They’re known for their giant cow statues on the outside and amazing prime rib cooked up in the kitchen.

But the management at Harold Seltzer’s Steakhouse in St. Pete got some bad news on their May 20 health inspection.

The restaurant was hit with 26 violations and ordered to temporarily close after the inspector documented small flying insects around the salad station, food like the chicken wings, soup, and blue cheese dressing at dangerous temperatures, and rodent activity throughout the kitchen.

10News stopped in Wednesday afternoon to get the restaurant’s explanation.

We were met at the front door by owner Harold Seltzer himself, who blamed the rodent issue on construction.

“The origination was we just replaced our roof completely,” said Seltzer.  “That was the source and it’s been addressed and all the entry points have been sealed off.”

Despite the emergency closure, Seltzer says his restaurant was never a health risk to the public.

When asked if he’d be willing to allow 10News to inspect his kitchen, he replied, “If you want to see it sure. We have nothing to hide.”

Selzer gave us a personal tour showing us where his famous steaks are cooked up in the kitchen.

So what about all those rodent droppings inside the meat tenderizer?

“It was a machine that we had from years ago,” said Seltzer.  “We used to use for bone-in steaks.  It wasn’t in use.”

During our walkthrough of the kitchen, we found food covered and properly stored in the walk-in coolers, along with soap and paper towels at handwashing sinks  Storage and food prep areas along with the rest of the kitchen appeared neat and tidy.

“You can eat off the floors here,” said Seltzer.  “You can take a look at anything -- this place is spotless.”

Harold Seltzer's was cleared to reopen the day after their closure and passed a follow-up inspection Thursday.

You can take a look at the inspection history for the St. Pete Harold Seltzer’s Steakhouse here.

You can also look at the inspection history for the Port Richey location here.