The restaurant was warned in 2018 to fix a torn screen at the back kitchen door, but this Thursday the screen was still torn and the door was open. 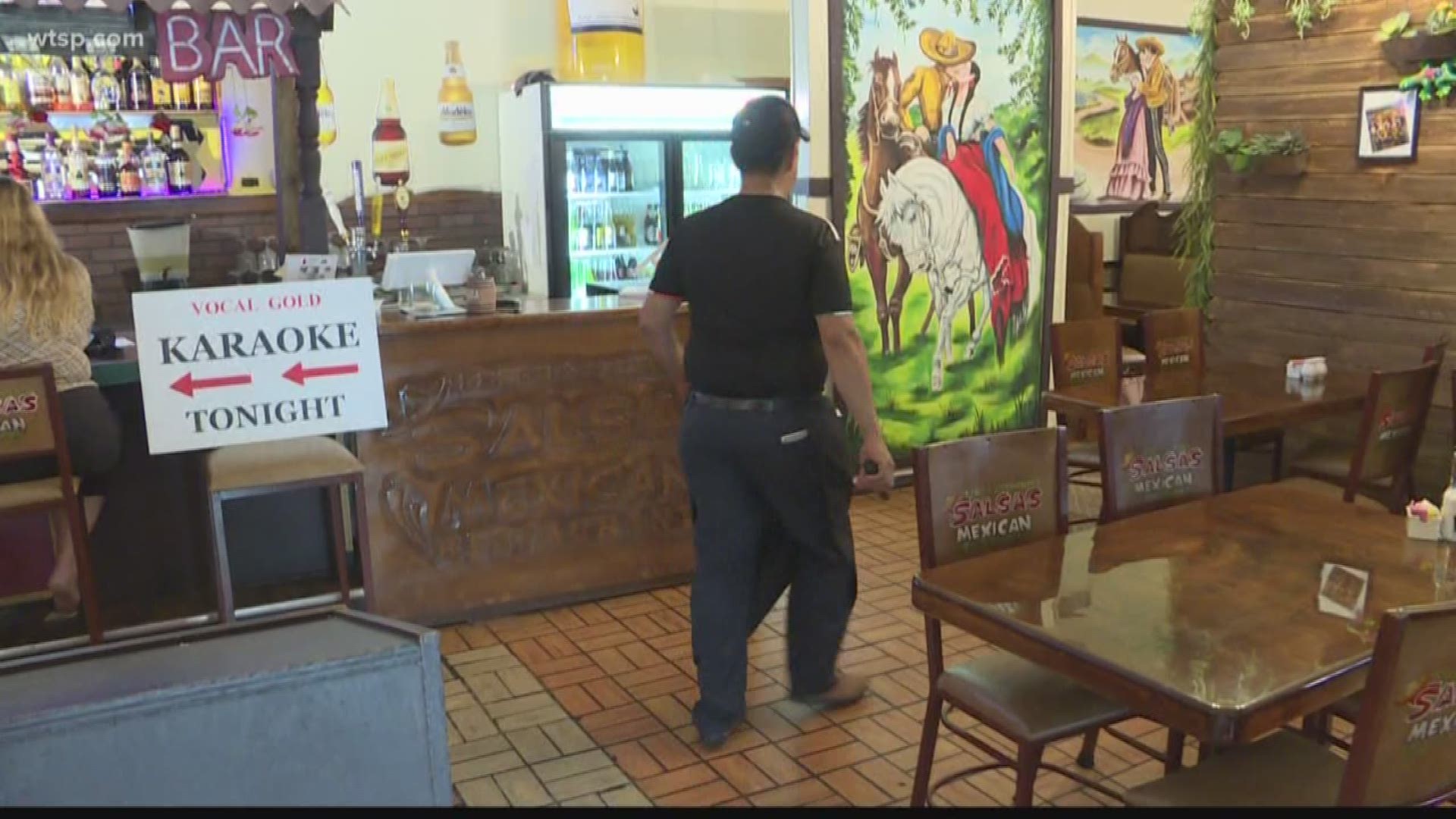 The restaurant is popular on Taco Tuesday but shut down last Wednesday with 37 health code violations. State records showed violations for food stored on the floor, no soap at an employee hand sink, moldy chili peppers in the walk-in cooler, raw meats over the refried beans and tortillas. Flies were found on the buffet and live roaches along with cans of pesticide were found on the cookline and on a table with clean dishes.

Inspectors cleared the restaurant to reopen the following day after the most serious violations were corrected. On Thursday 10News stopped in to followup and see how much the place had cleaned up.

When we asked to speak to a manager, the person who greeted us at the front door said there was no one in charge.

When we asked who was in charge in the manager’s absence, Cortez responded, “Umm, nobody. Just the waiters.”

Cortex later admitted he is the restaurant’s owner and went on to say all the violations were corrected. But, when we asked for permission to take a look at the kitchen for ourselves, we were turned away.

Since we couldn't go inside we went around back where inspectors wrote up the restaurant for having a torn screen with vermin present last week.

What we found was a week later the screen was still torn and the door itself was cracked open providing easy access to unwanted guests.

“We're fixing a lot of things,” another restaurant employee who was sent out to speak with us said. The employee promised to have the screen door fixed in the coming days and promised everything inside is just fine.

State records show the restaurant was written up with rodent droppings and small flying insects in 2018. During that same inspection, they were also written up for a torn screen door.