Rob Hiaasen got his start in Sarasota, working for the AM news radio station WQSA. 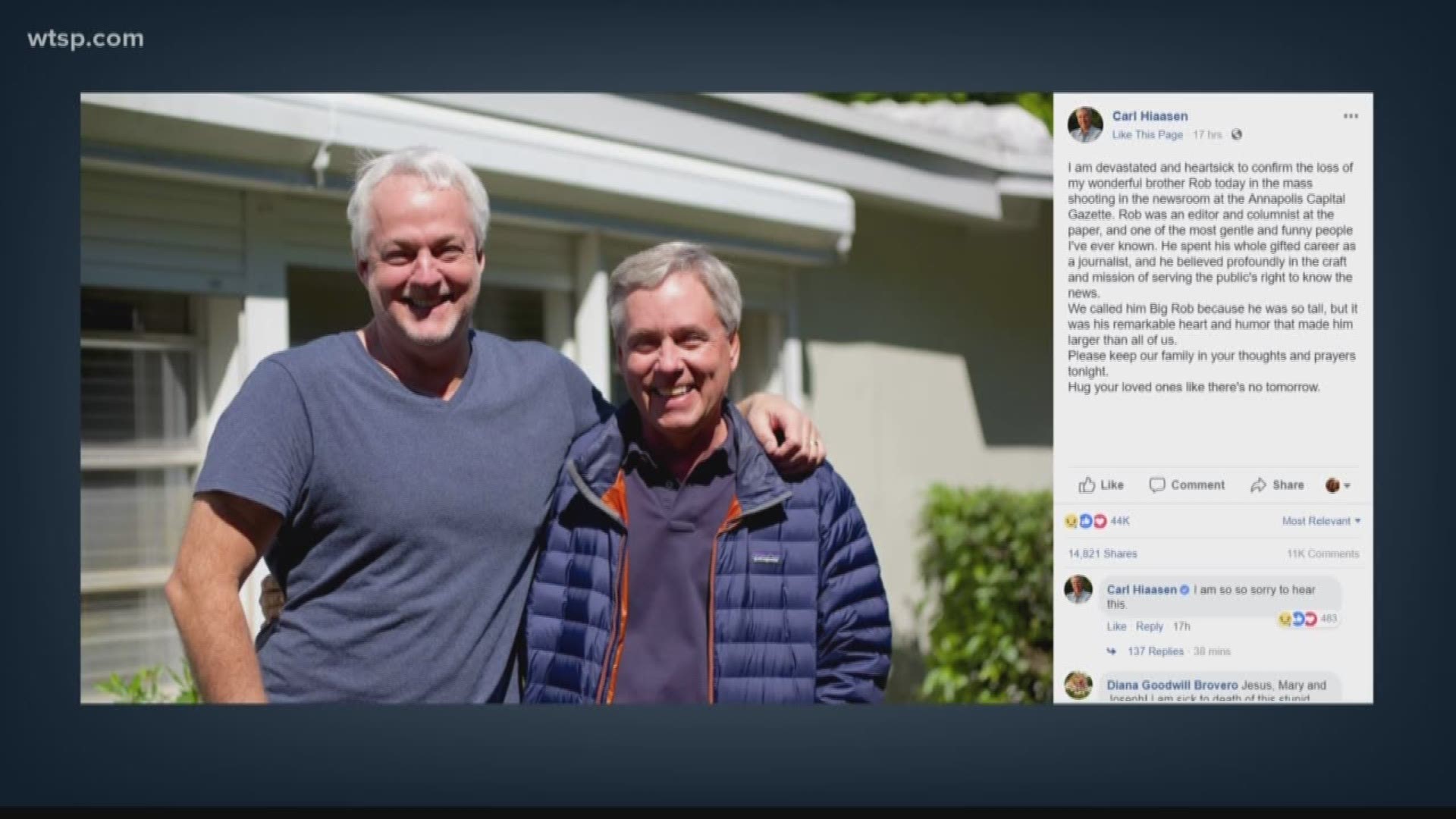 SARASOTA, Fla. -- Author Carl Hiaasen's brother Rob is one of the victims of the shooting at Annapolis, Maryland, shooting at the Capital Gazette newspaper.

Rob Hiaasen got his start in Sarasota, working for the AM news radio station WQSA.

Ralph Janotti was the news director at WQSA. He helped hire Hiaasen right after he graduated from the University of Florida.

“I knew he would go places,” Janotti said. “I always hoped it would be radio, but obviously he did well in newspaper.”

Janotti hadn't seen Hiaasen since the start of his career, but the pair kept in touch on Facebook, chatting as recently as last week. In that conversation, Hiaasen admitted he felt a little out of place on the radio.

“I was always a nervous wreck on the air,” Janotti said, reading Hiaasen’s comment. “I really just wanted to write.”

Then, the shooting happened. Janotti saw on the news Hiaasen was killed.

“I can't explain to you the depth of emotion, the rollercoaster I've been on with this, because you've got the nostalgia, the memories that are all very pleasant,” Janotti said. “And then you've got the realization that they stop.”

He says Hiaasen's legacy will live on in his family, and also in the aspiring journalists he taught.

“He mentored people,” Janotti explained. “He helped kids become good journalists, and he was someone that if you knew him, you were proud to know him.”

Janotti said Hiaasen only worked at WQSA for a few years. His brother Carl is a longtime columnist at the Miami Herald and a famous novelist, and his family still lives in South Florida.