"There was no aggression," said Chelsea Hall. "I didn't even get a second to grab him. [He] whacked him on the head [and] Milo collapsed." 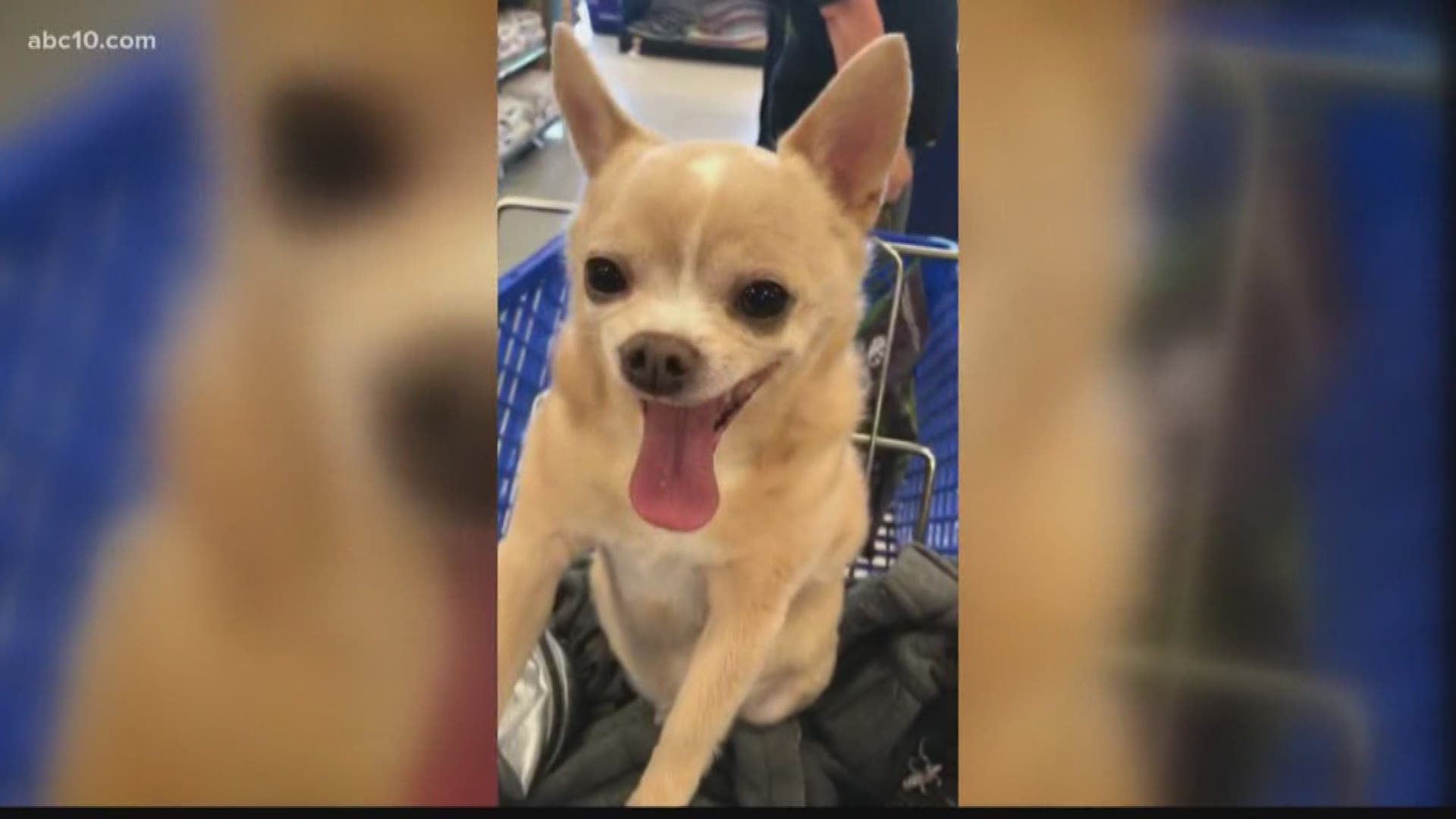 "There was no aggression," said Chelsea Hall. "I didn't even get a second to grab him. [He] whacked him on the head [and] Milo collapsed."

Milo the Chihuahua was Hall's family pet for eight years. He walked without a leash because he was overweight, had breathing problems, and walked with a limp. She held him in her arms while walking her other dog Peanut on a leash. She usually let Milo down to walk around for a bit, but she says he never went very far.

"It's just really hard to deal with," said Chelsea Hall. "I don't have the words to say right now."

On Tuesday afternoon, Milo was killed during a routine walk.

"When he was sniffing around," said Hall. "I looked and noticed a man [and his dog] across the street. Peanut then saw him and start barking."

The dentist told ABC10's Frances Wang off-camera he was walking in Hall's direction to get to the back door of his dentist office. He said he had a stick in his hand, one police have said is legal to carry. Hall called it a baton.

Hall said when the man walked his own dog across the street, the dog touched noses with Milo. She then started screaming, while the dentist ran back inside his office. She said witnesses urged her to take Milo to the hospital, many offering her rides. By the time she got there, it was too late to save Milo.

Hall's boyfriend, Cory LaQuay, wasn't there, but his sister posted their version of events on her Facebook page. Screenshots of the post ended up on Nextdoor, the neighborhood watch app.

Since then, the man's dental practice has been blasted with angry and even some nasty reviews on Yelp and Facebook. He insists that the story that is spreading is a "complete mischaracterization," but said he would only elaborate at a later time.

Meanwhile, Hall is dealing with the trauma of seeing her dog die. She and her friends have started a growing memorial for Milo where the incident happened.

A growing memorial for Milo, an 8yo chihuahua, outside the dentist’s office. The dentist says the story spreading is not true, but isn’t ready to elaborate at this time. pic.twitter.com/V2rtu8IOZT

Sacramento Police responded to the incident and at the scene, determined no crime was committed. A spokesperson with the department said that could change as the investigation is ongoing. Milo not being a leash will be looked at as a factor in the case, but Hall insists leash or not, Milo was not a threat.