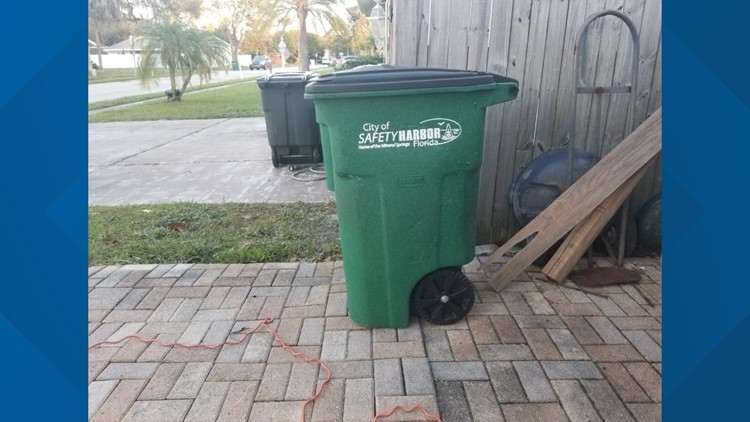 Photo by: Jody Burks
Recycle collected from Safety Harbor homeowners will continued to be sent to a Material Recovery Facility for sorting.

SAFETY HARBOR, Fla. — You may have heard there's less demand in China for our recycling.

It used to be that country would take just about anything, but after raising its standards and demanding less contamination, many communities in the United States have struggled with what to do with the stuff you put out at the curb or take to a drop-off facility.

That's happening in Safety Harbor, where city leaders considered sending their recycling to a waste-to-energy facility, where it would be incinerated and turned into power. But after finding just a 19-cent difference between burning it or continuing to recycle, they opted to continue recycling as they are.

“When we started factoring in all the indirect costs associated with the waste to energy option, we thought right now the responsible thing to do is continue with the recycling program,” Safety Harbor Mayor Joe Ayoub told 10News.

The city spends $110 per ton to recycle but considered spending $40 per ton to send it to a waste-to-energy facility. However, it’s not just about the financial costs, but the indirect costs to the environment that concerned city leaders.

“This is an issue not just facing Safety Harbor but every city in the county and quite frankly, every city in state and probably the country because this is not unique to Safety Harbor. One thing that we’re proud of is we’re taking a leadership role on the issue and trying to get ahead of it and just better understand it. Understand what happens to a cardboard box or a milk carton when it gets placed in a recycle bin where does it go. Because the truth of the matter is nobody really knows what happens to it,” said Mayor Ayoub.

The mayor says the city is going to study what's happening, and they're talking with county leaders about their long-range plan to address the issue on what to do with all your trash and recycling.

Like Safety Harbor, St. Petersburg also sends items picked up on the curb in the recycle bins to a Material Recovery Facility or MRF to separate and sell the items. St. Petersburg Recycling Manager Jeff Donnel tells 10News all the items you put in the bin are recycled. Once the MRF called Waste Connections sells the materials, the revenue is shared with the city, though the numbers have been down.

It's hard to get the right things in the recycle bin. Some of us are better at it than others.

The recycling program supervisor at Pinellas County Solid Waste Stephanie Watson tells 10News about 75 percent of the stuff that ends up at Solid Waste is stuff that could be recycled.

More than half of the 2 million tons that comes in ends up getting recycled.

The goal though is zero waste. They want you to recycle your metal cans, glass bottles and jars, plastic bottles and jugs, cardboard and cartons. Stuff that's clean, dry and unbagged has the potential to be turned into something else -- especially aluminum cans and glass bottles which are instantly recyclable.

Watson also says the markets for recyclables shift just like the stock markets. Don’t be discouraged from recycling because there’s still demand, and you can be an actor in the global scrap trade when you recycle.

RELATED: Do you know what can and can't be recycled? Take our quiz.

RELATED: Christmas is over: What do I do with my tree?