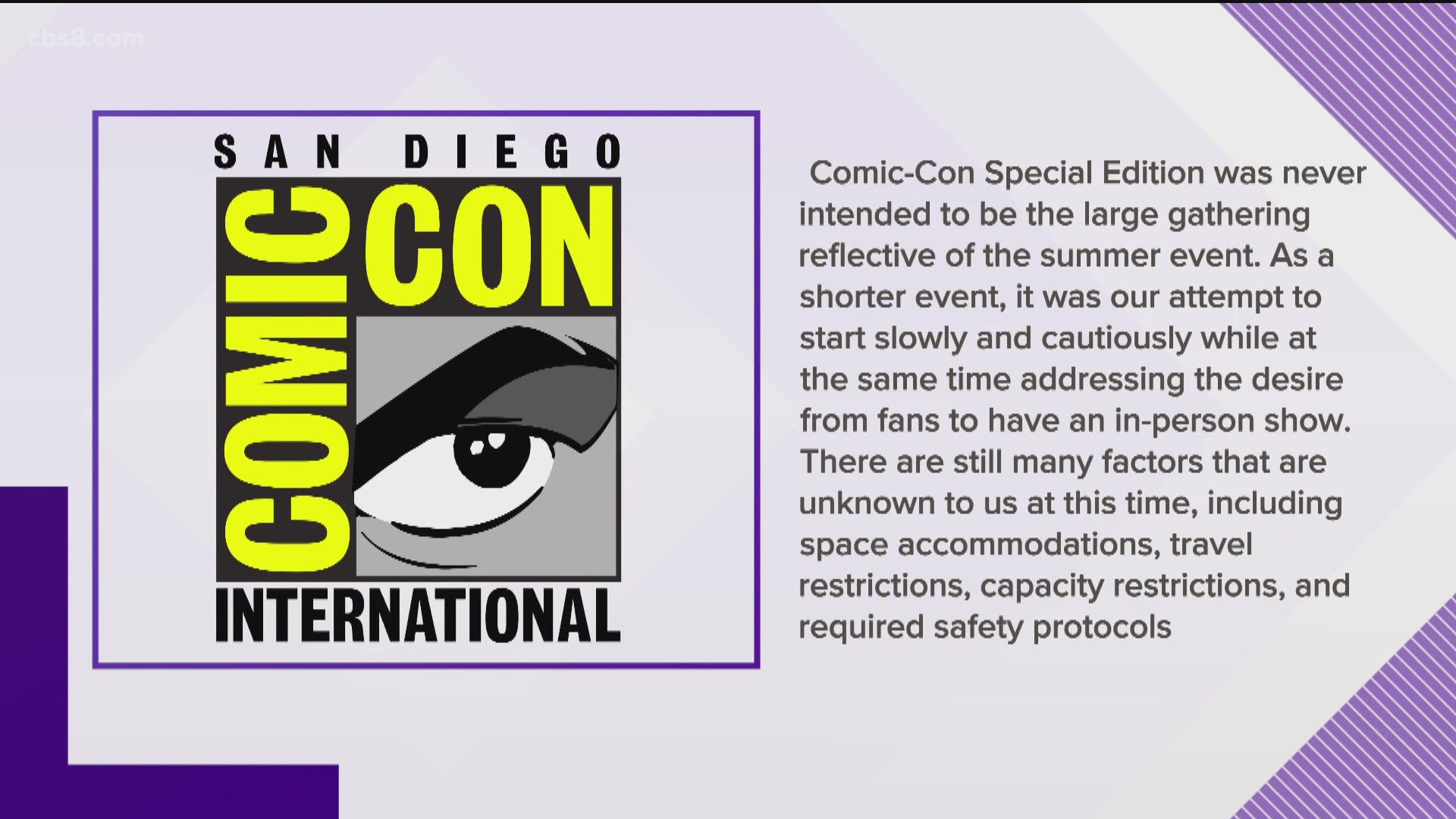 "It is our hope that by fall conditions will permit larger public gatherings," said David Glanzer, spokesman for the nonprofit organization.

It would be the first in-person convention produced by the organization since Comic-Con 2019, and the first since the onset of the coronavirus pandemic.

"The fall event will allow the organization to highlight all the great elements that make Comic-Con such a popular event each year, as well as generate much-needed revenue not only for the organization but also for local businesses and the community," Glanzer said.

In a release, the nonprofit that runs Comic-Con provided limited details about what the convention would actually look like in November and went on to clarify that this would be a much smaller convention than in years past. A release from the organization says in part:

"Comic-Con Special Edition was never intended to be the large gathering reflective of the summer event. As a shorter event, it was our attempt to start slowly and cautiously while at the same time addressing the desire from fans to have an in-person show. There are still many factors that are unknown to us at this time, including space accommodations, travel restrictions, capacity restrictions, and required safety protocols."

The weekend that Comic-Con would be held on also raised some eyebrows. Comic Book Writer Charles Soule wrote on Twitter: “So they scheduled SDCC on the same weekend as the first chance most families will hopefully be fully able to celebrate Thanksgiving in two years. See you in 2022!”

So they scheduled #SDCC on the same weekend as the first chance most families will (hopefully) be fully able to celebrate Thanksgiving in two years.

"While we are buoyed by the rollout of the vaccine and the growing number of individuals being inoculated, it appears that July will still be too early to safely hold an in-person event of the magnitude of Comic-Con," organizers said then.