The mountain lion cub was found semiconscious, weak and dehydrated. 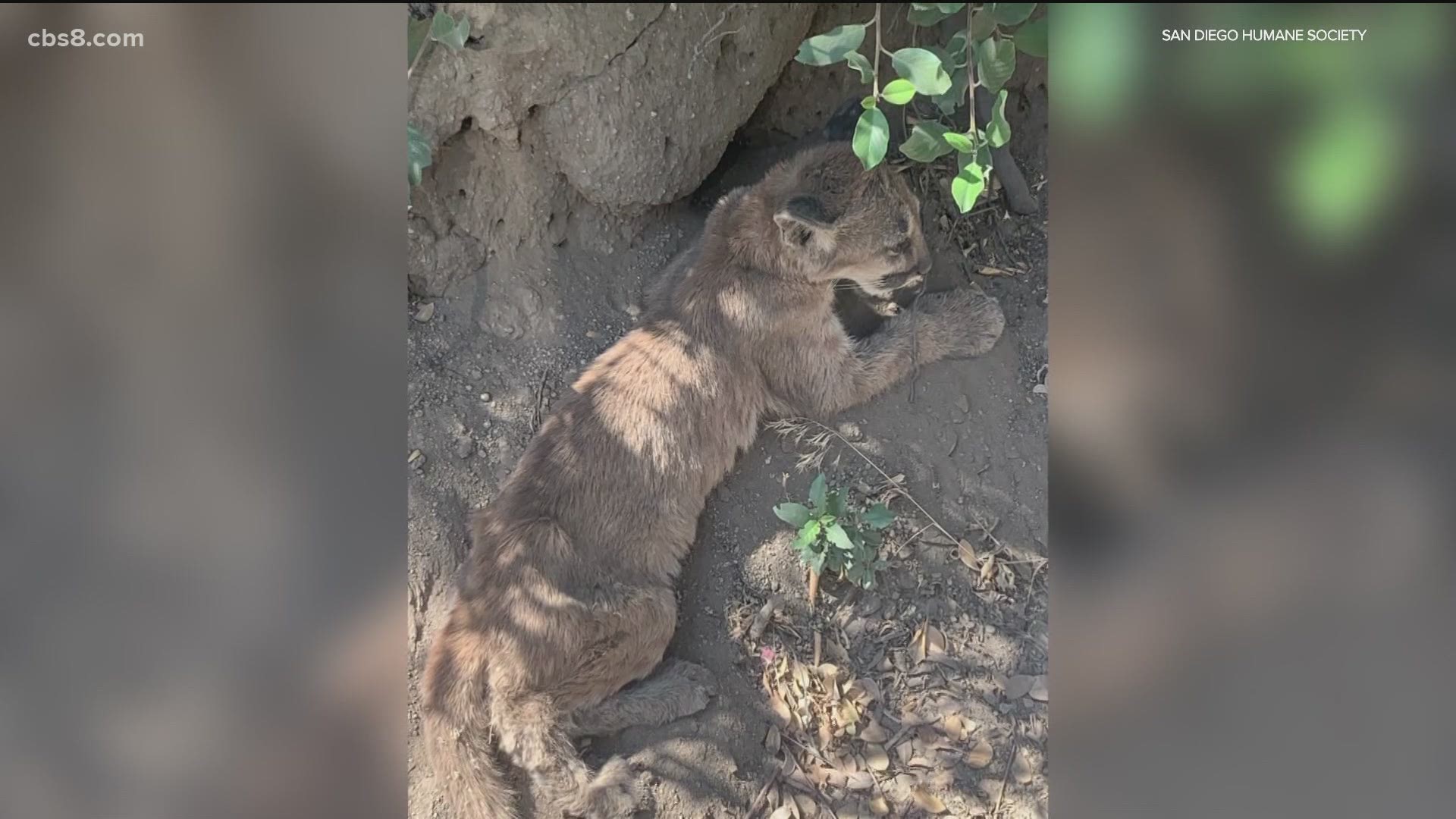 SAN DIEGO COUNTY, California — A mountain lion cub was spotted by firefighters from the Vista Grande Fire Station near a road in Idyllwild on Sept. 2, according to the San Diego Humane Society. She was semiconscious, extremely emaciated, dehydrated, weak and had tremors. The firefighters contacted the California Department of Fish and Wildlife, who reached out to San Diego Humane Society.

The organization’s Project Wildlife team went to work providing lifesaving treatment for the 10.5-pound cub, estimated to be only 14 weeks old. She received daily fluid therapy and medications. Within a couple of weeks, she progressed from three to five small, nutritious meals per day. They include ground proteins with milk replacer, to allow her body a slow transition to solid foods.

News 8 is happy to report, since being rescued she has more than doubled in weight to 22 pounds.

“With each passing day, she becomes more active and responsive and, though she still has some medical issues to overcome from being in such a fragile state, we are delighted she has responded well to our treatment and are hopeful she will make a full recovery,” said Christine Barton, director of Operations & Wildlife Rehabilitation at San Diego Humane Society’s Ramona Campus. “Mountain lions are special predators and we are proud to have an expert team trusted by the state of California to care for the species.”

Mountain lions typically stay with their mother until they disperse to live a solitary life at around 12-18 months of age. Because it is not safe to return a young mountain lion to the wild if found injured or orphaned as a kitten, Project Wildlife has been working with the California Department of Fish and Wildlife to monitor her progress and, when stabilized, to ensure she has a good permanent home at a qualified facility.

Project Wildlife is one of only two licensed rehabilitation organizations that have a special agreement with the state to work with black bears and are also routinely called on to assist with other apex predators, such as mountain lions.