Recently, she suffered from two surgeries, six weeks of radiation and seven months of chemotherapy. 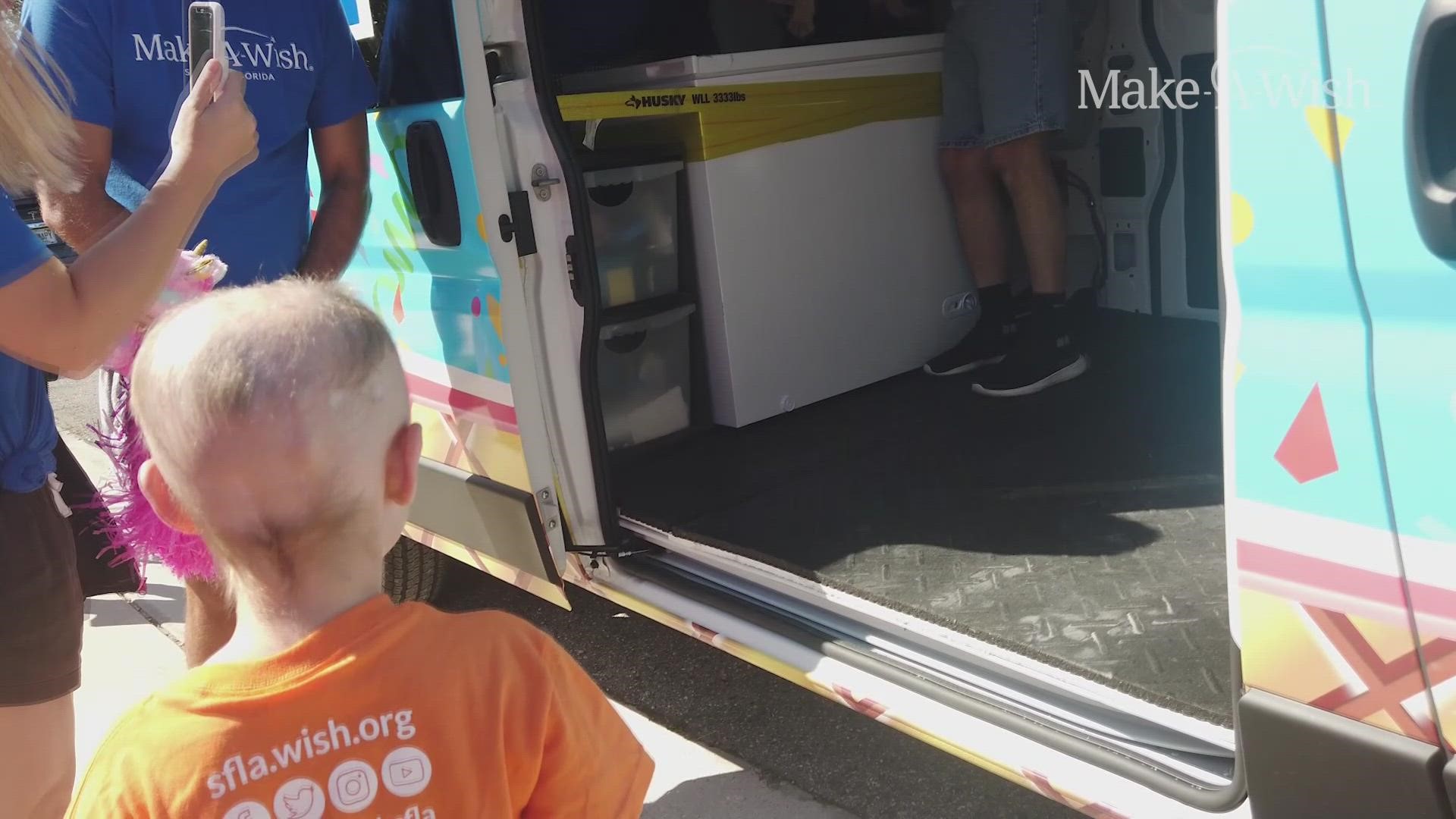 Throughout her many obstacles, Ava kept a good attitude and never gave up hope. If anything, she always hoped for a yellow Labrador Retriever puppy.

Well, now that her cancer is under surveillance, Make-A-Wish South Florida was happy to make that dream come true for the Sarasota girl this past Sunday.

More than 100 people lined Ava's street with signs of encouragement, cheering and chanting Ava's name as part of a surprise to celebrate the delivery of "Kiki," the yellow lab on Ava's wish-list, the Make-A-Wish foundation said in a press release.

Ava was shocked when she got home from having breakfast to find her street decorated with signs, balloons and chalk art on the sidewalk. She was greeted with a local ice cream truck that had more than just ice cream to give.

The truck delivered Ava's new puppy as the 6-year-old smiled from ear to ear. It wasn't long after Ava began taking photos with her new four-legged family member.

Make-A-Wish Southern Florida has granted more than 13,000 life-changing wishes since 1983.