Governor Ron DeSantis signed the bill on Tuesday morning at a school in Jacksonville. 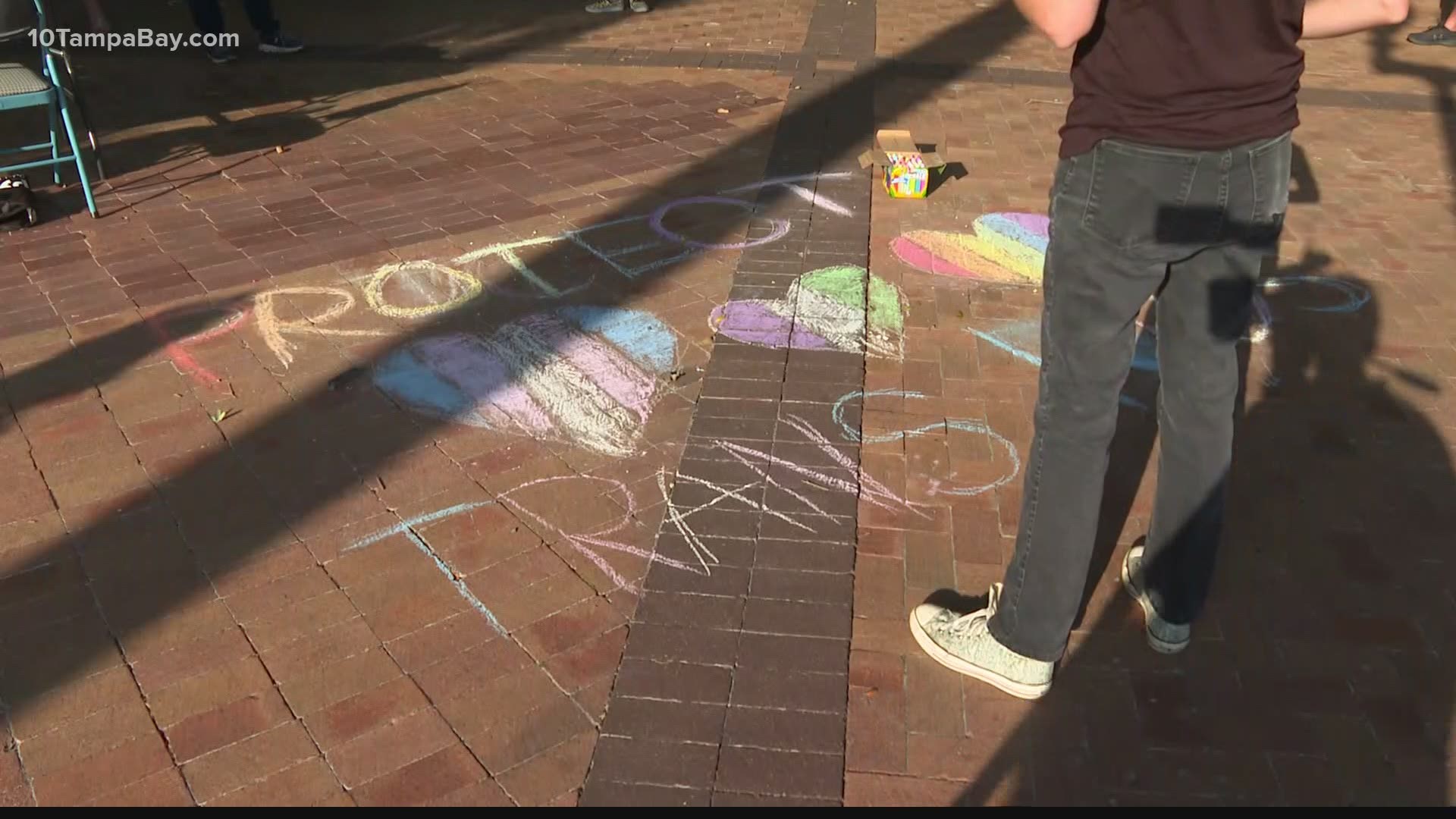 SARASOTA, Fla. — The LGBTQ community and its allies are rallying together once again to fight for equality.

"As a transgender woman, I am in my 40s and I've seen our community be a second class citizen my entire life," Berry Ayers, known in the Sarasota community as Beneva Fruitville, said.

She's one of many in the crowd opposing a transgender sports ban signed into law by Governor Ron DeSantis.

“LET THEM PLAY” 🏳️‍🌈 A crowd in Sarasota yells at a rally in support of transgender kids in #Florida. They came together in response to @GovRonDeSantis’ signing of a bill that bans #transgender girls from playing in high school girls’ and college women’s sports teams @10TampaBay pic.twitter.com/sIIdbANiwN

"Our governor, Ron DeSantis, made a point on the first day of Pride month to sign a bill that harms our children," Ayers said.

DeSantis signed the bill at a school in Jacksonville Tuesday morning. When asked what kind of message he intends to send to the LGBTQ community, he said he wasn't sending one at all.

"It's not a message to anything other than saying we're going to protect fairness and women's sports. We believe that it's important to have integrity in the competition and we think it's important that they're able to compete on a level playing field, and you've seen what's happened when you don't have that," DeSantis said.

The repercussions of this signing by the governor hit home right in Sarasota. The group trying to let trans youth know they are loved and supported.

"We are here to tell them that it is absolutely not just okay, but that we want them to be them, that we will not stop fighting. That we do not believe that this law belongs anywhere here in our state," Amanda LaForge said.

The fight against the bill is personal for the martial arts instructor who is transgender herself.

"It does hurt me, and it hurts all of us. We will continue to speak out against this ban and to change this legislation. We will continue to tell trans kids that they are loved and deserve all the benefits of playing sports that every other kid deserves," LaForge said.