Last November, the man nearly fell to his death from a hang glider after a safety harness wasn't properly attached. 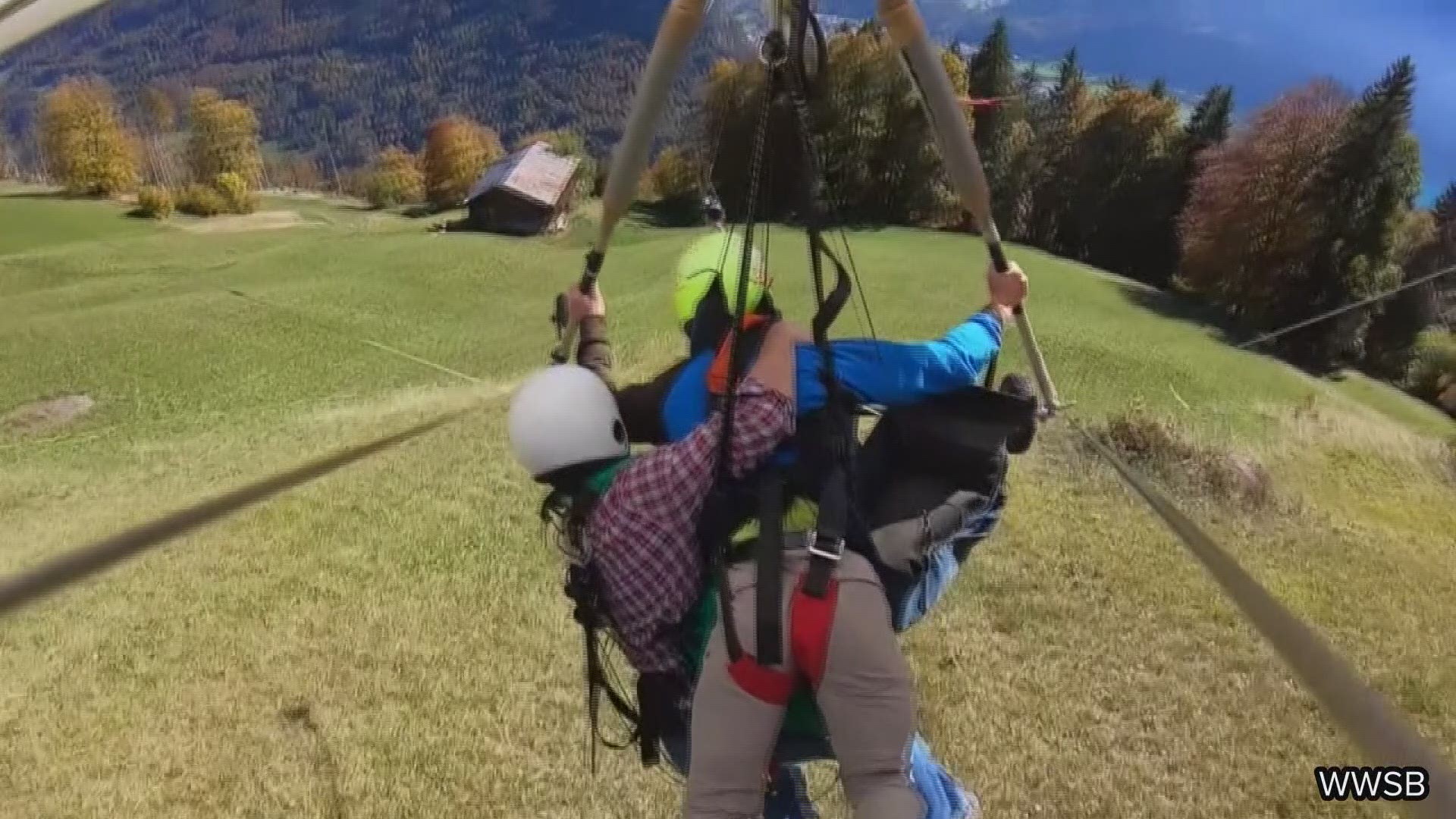 It was his first time hang gliding, but the safety harness was reportedly not attached properly.

Now, our news partners at WWSB say Gursky is heading back to Switzerland in September to try hang gliding again. Gursky said trying again is the only way he can get over his first scary flight, the news outlet reported.

“I rather take the high road and stay on a positive note, and not try to destroy people by pointing the finger at them. There’s too much of that in this world today,” Gursky said to WWSB.

Last year, Gursky wrote on Facebook after the terrifying flight that he remembers looking down and thinking, "this is it." CBS reported that he had to get surgery for a broken wrist and also tore his left bicep.

In a video posted to YouTube, he said, "I will go hang gliding again as I did not get to enjoy my first flight."

RELATED: Hang glider pilot rescued after getting caught in tree

Have a news tip? Email desk@wtsp.com, or visit our Facebook page or Twitter feed.Florida man clings to life onto hang glider after safety harness not properly attached