On the coin is the phrase, “They Fought Two Wars,” referring to the fight against fascism abroad and racism at home. 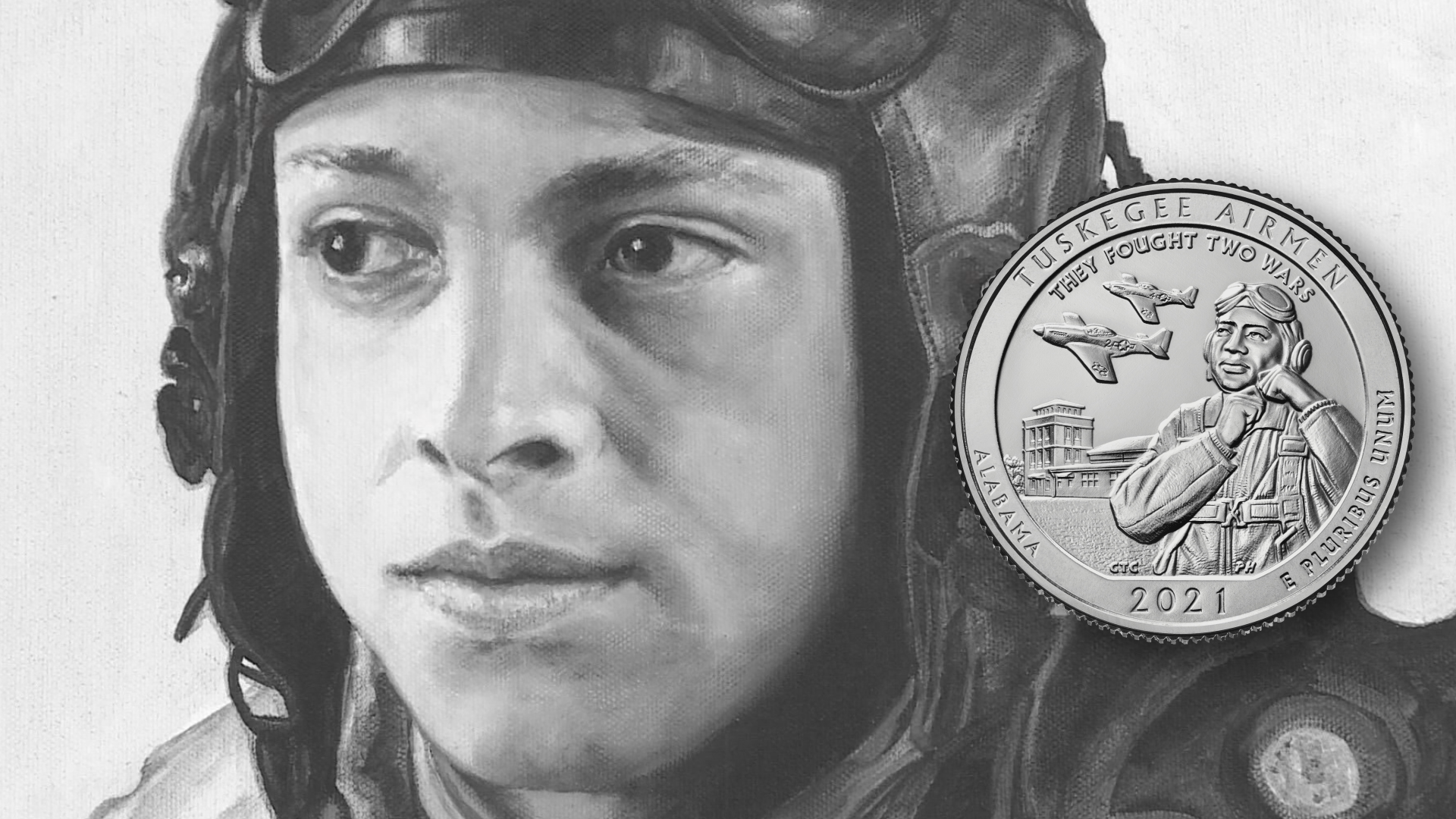 SARASOTA, Fla. — A new coin issued by the U.S. Mint will honor the famed Tuskegee Airmen, and the new release has Lt. Col. George Hardy of Sarasota celebrating.

"I went to school in Alabama and segregation was really rampant in those days,” said Hardy, who flew overseas during WWII as a Tuskegee Airman. "And now for them…still controlled by whites, they decided that Tuskegee Airmen National Historic Site could be on that quarter.

"So, to me, that's a plus as far as race relations is concerned."

It's certainly a long way from the days when Hardy served in a segregated military, and when attitudes about African Americans held them back from equality.

"The Army in 1925, they thought that Afro Americans couldn't fly airplanes really, that we didn't have the ability to concentrate and do things like that. And we didn't have the leadership qualities, but the 332nd Fighter Group proved them wrong,” Hardy said.

The Tuskegee Airmen were the first African American military pilots, although the moniker applies to men and women of many roles trained at Tuskegee during the war.

“It is fitting that such a significant historic site will complete this successful coin program,” Mint Director David J. Ryder said in a press release. “The Mint is proud to honor the men and women who overcame segregation and prejudice to become one of the most highly respected fighter groups of World War II.”

According to the U.S. Mint, the coin was supposed to be released on February 1, which is the start of Black History Month. However, the Mint said due to increased demand, the coin will be released on Jan 4. One side of the coin shows a Tuskegee pilot with two P-51 Mustangs above him.

Also on the coin is the phrase, “They Fought Two Wars,” referring to the fight against fascism abroad and racism at home.

Hardy says he has known about the coin for a while and looks forward to getting one of his own.

“As soon as it gets issued, I’ll probably buy a whole roll of them,” he said.