The plane's pilot and passenger were not hurt, an official said. 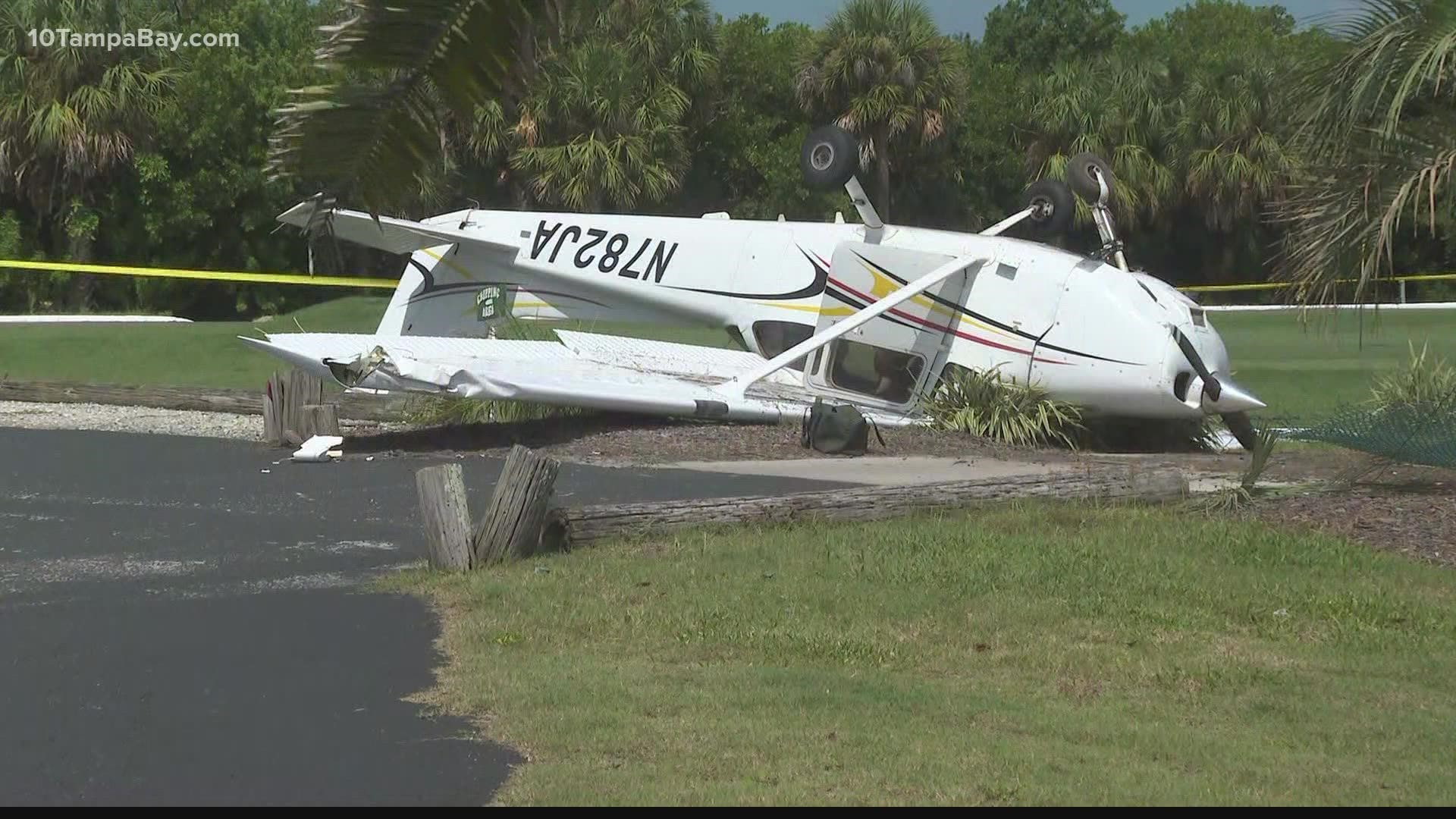 VENICE, Fla. — A plane crashed and came to a stop upside down Thursday morning just feet from a driving range at the Lake Venice Golf Club.

No one was hurt, including its pilot and passenger, according to a Venice spokesperson.

The Cessna 172 went down in the parking lot of the golf course, which is adjacent to the Venice Municipal Airport, just before 10 a.m., the official said. Some engine problems had been noted on board.

It's believed the pilot was heading back to the airport at the time of the crash, according to WWSB-TV.

The Federal Aviation Administration is tasked with investigating what happened.