Health experts say the schools' high number should not be a cause of concern for parents. 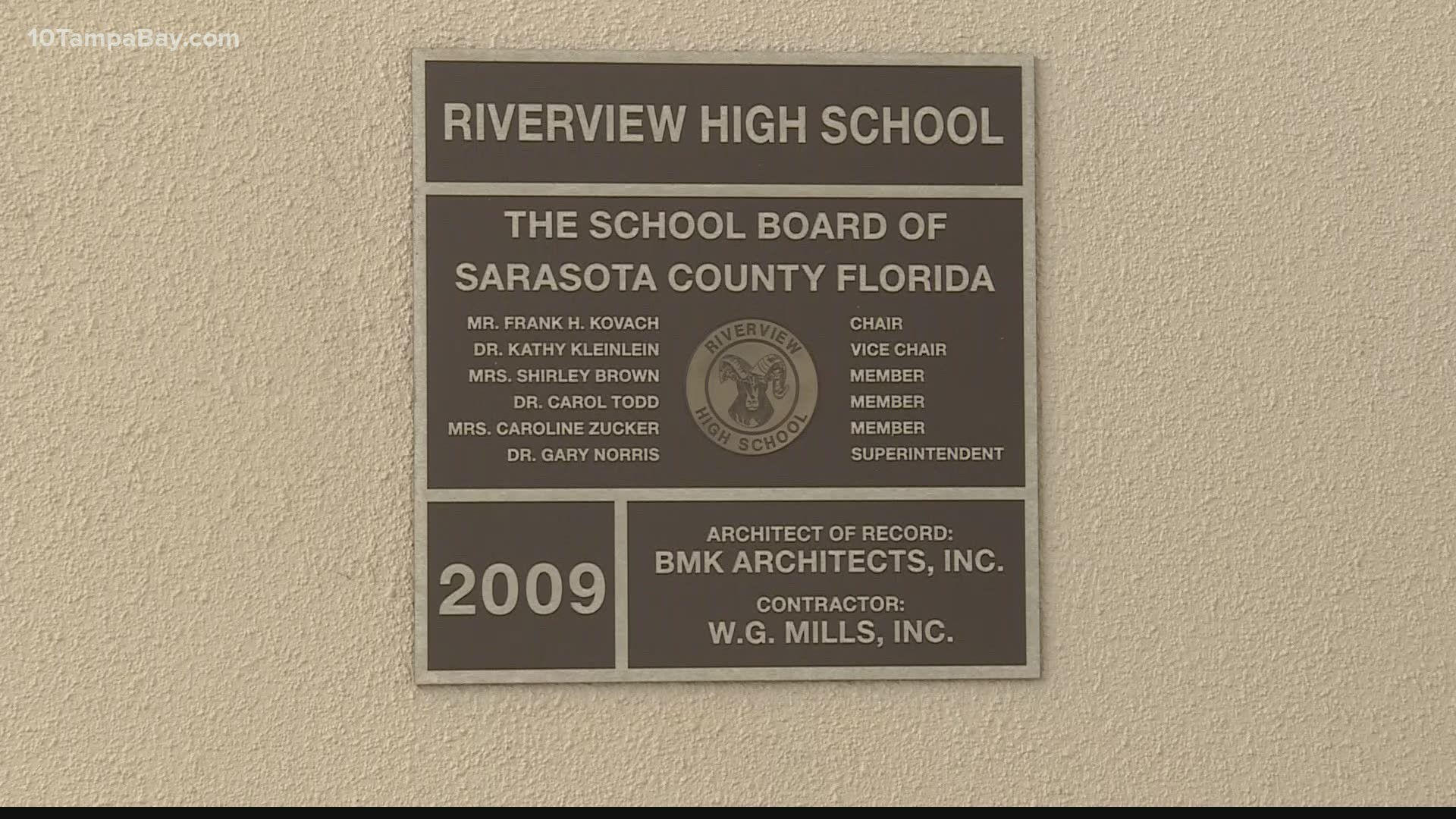 SARASOTA COUNTY, Fla. — When you look at Sarasota County’s overall COVID-19 positive cases in its schools and compare it to Manatee the district is in better shape. Especially considering Sarasota schools went back weeks after.

But one school, in particular, is not doing as well as the others.

Riverview High School has the highest COVID-19 rate in the district. It is currently reporting 30 total positive students with only one positive staff member. It also had a total of 348 students contact traced and quarantined since August 31. Right now, 69 students are currently quarantined.

At the end of last week, Sarasota’s report showed a significant uptick, more than doubling the weekly average of 15 new cases per week over the course of the school year.

The question is, should parents be worried?

“I would tell parents they do not need to be concerned right now,” Drennon said. Plus, he says Riverview is the district’s largest school, so more cases are to be expected.

However, its rate of infection is outpacing similarly sized schools. North Port High is slightly smaller but has had only 12 positive cases among students this year, with 185 going into quarantine.

“We are still seeing disease spread in our community, we’ve actually seen an increase ever so slightly, nothing dramatic, just in the last couple of weeks,” Drennon said. “It’s difficult to say what’s driving that but we do know that masks and social distancing help reduce the spread, so I was happy to hear that the school district moved forward with the masking policy.”

Drennon says Riverview’s COVID-19 rate is not cause for alarm. The percentage of positive cases, as a portion of the overall student body, remains well below a 10 percent threshold.

Contact-tracers have also found that the majority of transmissions at Riverview are taking place outside of school, with students catching the virus from family or friends, rather than from their classmates.

That kind of information is what puts parents like Gilda Dennis at ease. Dennis has a daughter in her senior year at Riverview High.

“You can’t help people’s personal choices when they are not at school, but from a public health standpoint I feel like she’s in a safe enough environment for a pandemic,” Dennis said.

Her daughter Reese tells her the school is strict with mask-wearing, social distancing and sticking to seating charts.

“As a parent, I feel like the school district and the administration at Riverview has been communicating, has done everything that they can possibly do. I don’t have any complaints about what’s going on and I feel like my daughter is as safe as she can be,” Dennis said.