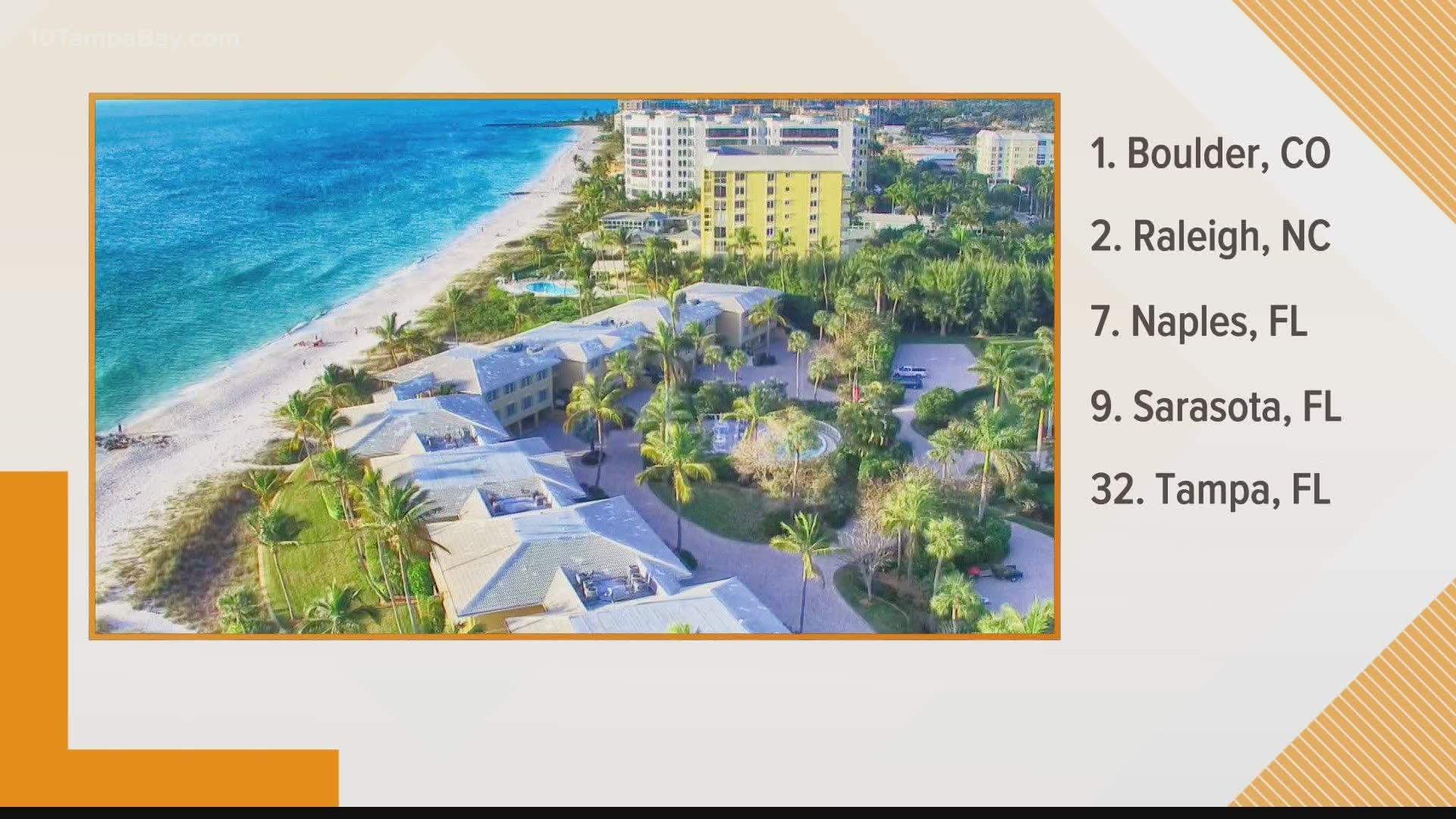 SARASOTA, Fla. — Picking the perfect place to live can be a very weary process. But, if U.S News and World Report carries any weight for you, one of the ideal spots might not be too far from Tampa Bay.

The publication recently listed its 150 best places to live in the United States. The breakdown was based on assessments of the location's value, its attractiveness, the quality of life, the strength of the job market and its net migration – which is a measurement of whether people are moving to or away from the region.

Fourteen of the top cities were in Florida.

Sarasota was ranked number nine and is also acknowledged as the number one place to retire by U.S. News. Sarasota was given an 8.4 rating for its desirability.

How did it fare in the other categories?

That puts the overall score at 7.2.

The report mentions how the retiree-dominated area has a median age of about 53.

It's also a place that's been drawing parents who want to raise their children in a competitive school system.

A substantial college presence puts 18 percent of its population under 20. There's the Ringling College of Art and Design, New College of Florida and the University of South Florida's Sarasota-Manatee Campus.

Annual salaries in Sarasota sit around $46,040, although the region has a cost-of-living that's generally more expensive. Researchers say $1,209 is the median monthly rent, and $387,630 is the median home price.

Naples joins Sarasota in the top 10 at the number seven spot. It boasts a desirability of 9.2 and quality of life of 7.7. That makes Naples the top Florida city, according to the list.

Tampa ranked number 32 with an overall score of 6.9.

RELATED: Fried to DeSantis: Declare a state of emergency over red tide