You can dip your toes in the sand, but you'll need to keep moving. 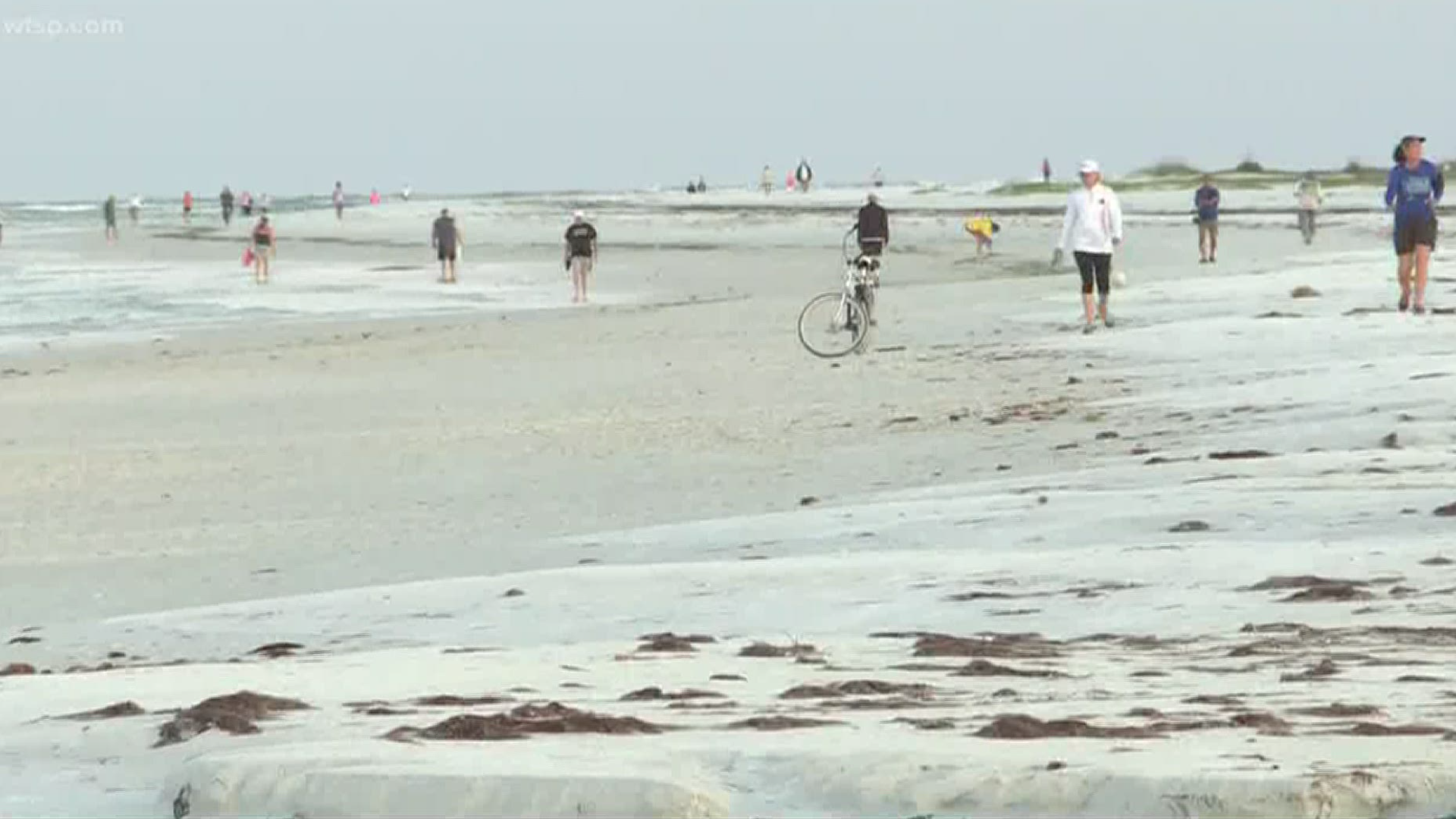 The vote is in, and it's unanimous -- Sarasota County commissioners voted Wednesday to reopen the county's beaches beginning 6 a.m. on Monday, April 27.

There will be some restrictions, however. You'll be able to walk, run, bike, fish, surf and swim, but you can't congregate.

Sarasota County beach parking lots will remain closed for now. Elected leaders will reconsider reopening those at a later date. The next meeting is two weeks away.

"With the parking lots closed, that comes with the understanding that there are no blankets, coolers, umbrellas laying out on the beach," Commissioner Alan Mario said.

"People are getting so cooped up that they not only have cabin fever, but they are almost getting used to being isolated," Detert said.

"People that have anxiety and have other issues this is terribly unhealthy for them," Detert said. "It would be more healthy to be out in the sunshine, walk the beach, get some exercise; exercise is always good for your mental health."

Sarasota County Administrator Jonathan Lewis says the county does oversee some city beaches in the City of Sarasota, Longboat Key and Venice.

"This is very consistent with what Longboat Key has done all along," Lewis said. "They closed down their access points for cars and parking, but they left it open for these essential activities."

As far as beaches in Venice go, Mayor Ron Feinsod tells 10News he was hoping the county commissioners would not reopen the beaches.

"I was hoping they would wait two to three weeks to see if there were any spikes in cases and deaths in the beach towns that had already opened," Feinsod said.

But after hearing the commissioners' decision, he says they are going to reopen their beaches in coordination with the county, "primarily to avoid any confusion and to have some consistency with the county."

Feinsod says they will monitor their beaches and hopes people will behave responsibly and do the right thing.

A spokesperson for the City of Sarasota says Lido Beach will remain temporarily closed due to the high concentration of positive cases in the city limits.

“National medical experts have advised that lifting restrictions on social gatherings should only be considered following two weeks of no increases, and preferably declines, in new COVID-19 cases," Barwin said.

Barwin says they are not experiencing that in the north end of the county. Instead, the number of positive cases located within five zip codes in the city limits continues to rise.

"Following consultation with Mayor Jen Ahearn-Koch and local public health professionals and given the high concentration of positive results and older demographics on our barrier islands, we will continue to evaluate the situation on a daily basis before lessening restrictions at Lido Beach to ensure public health and safety.”

Leaders say Pinellas County beaches, however, won't open until at least May 1.

RELATED: Doctors: Some Florida beaches are open again, but you shouldn't go

RELATED: Beaches in Duval County open while Pinellas remains closed. Why the inconsistency?

RELATED: Pinellas County beaches won’t open until at least May 1