Riding the bus in Sarasota could be getting easier; new ‘Mobility On Demand’ service coming to SCAT

Not only will SCAT's plan take more riders more places more conveniently, but Commissioner Charles Hines says it will also save taxpayers millions of dollars a year. 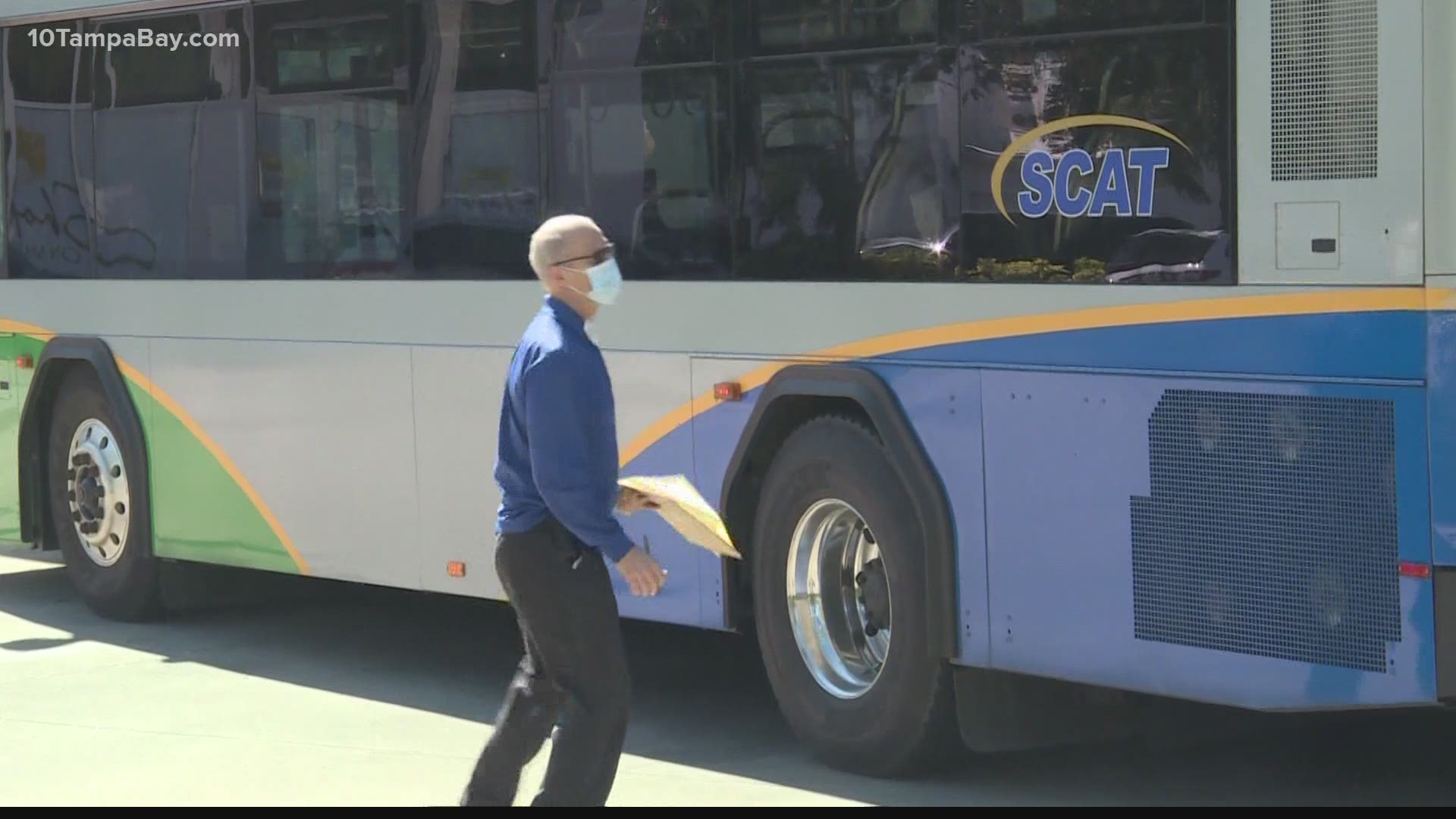 SARASOTA, Fla. — Editor's Note: This story has been updated with additional sourcing and links.

Currently, Sarasota County has one main mode of public transportation: the bus. And, plans to improve the efficiency of the Sarasota County Area Transit System have been in the works for years.

“We need to have public transportation, but we need to make it where people use it and it’s convenient, and the system that we are doing now sometimes it doesn’t reach those goals,” said Commissioner Charles Hines.

Not only will the new plan take more riders more places more conveniently, but Hines says it will also save taxpayers millions of dollars a year.

“It is very very expensive to the taxpayers to have a system, and people get frustrated when they see large buses going down the road that are empty,” Hines said. “So we’re trying to be creative to get more people to use our system.”

As the Herald-Tribune explains, the reimagined plan would pay a car service to make it easier for passengers to make it to bus stops -- or even their final destinations.

Basically, residents who live or work far from a bus stop would be driven to a stop via Uber, Lyft or another car service and then ride the bus along a main core route for one fare.

It's not a new concept. In fact, St. Pete is one of the regions that's tried it. 10 Tampa Bay has reached out to Forward Pinellas to see how its mobility transportation is going.

As early as this month, Sarasota County transit officials will eliminate fixed routes to Venice, North Port, and Englewood. SCAT will also cut unproductive routes on the barrier islands and in the City of Sarasota.

“What we don’t want to happen is have somebody that’s used to having a route and they are a custom to that and it’s not there,” Hines said. “So, there’s a big public outreach that we want to do to say OK here’s what we are going to.”

SCAT is replacing the eliminated routes with a “Mobility On Demand” option, the Herald-Tribune reports. This new service will allow riders to book a trip on the spot, or schedule one in advance through an app on SCAT’s website or by calling the county call center.

“So if you are the one person that was on that bus at 8 o’clock at night, that route may go away or may change but that’s where this ‘Mobility On Demand’ could benefit you, to get you to the next stop,” Hines said.

This rideshare service will be focused on certain communities, but Hines says it could eventually be countywide.

“Hopefully it works and is successful and then we will continue to review and evaluate our system as a whole,” Hines said.

If all goes smoothly, transit officials hope to have the program running by early spring.