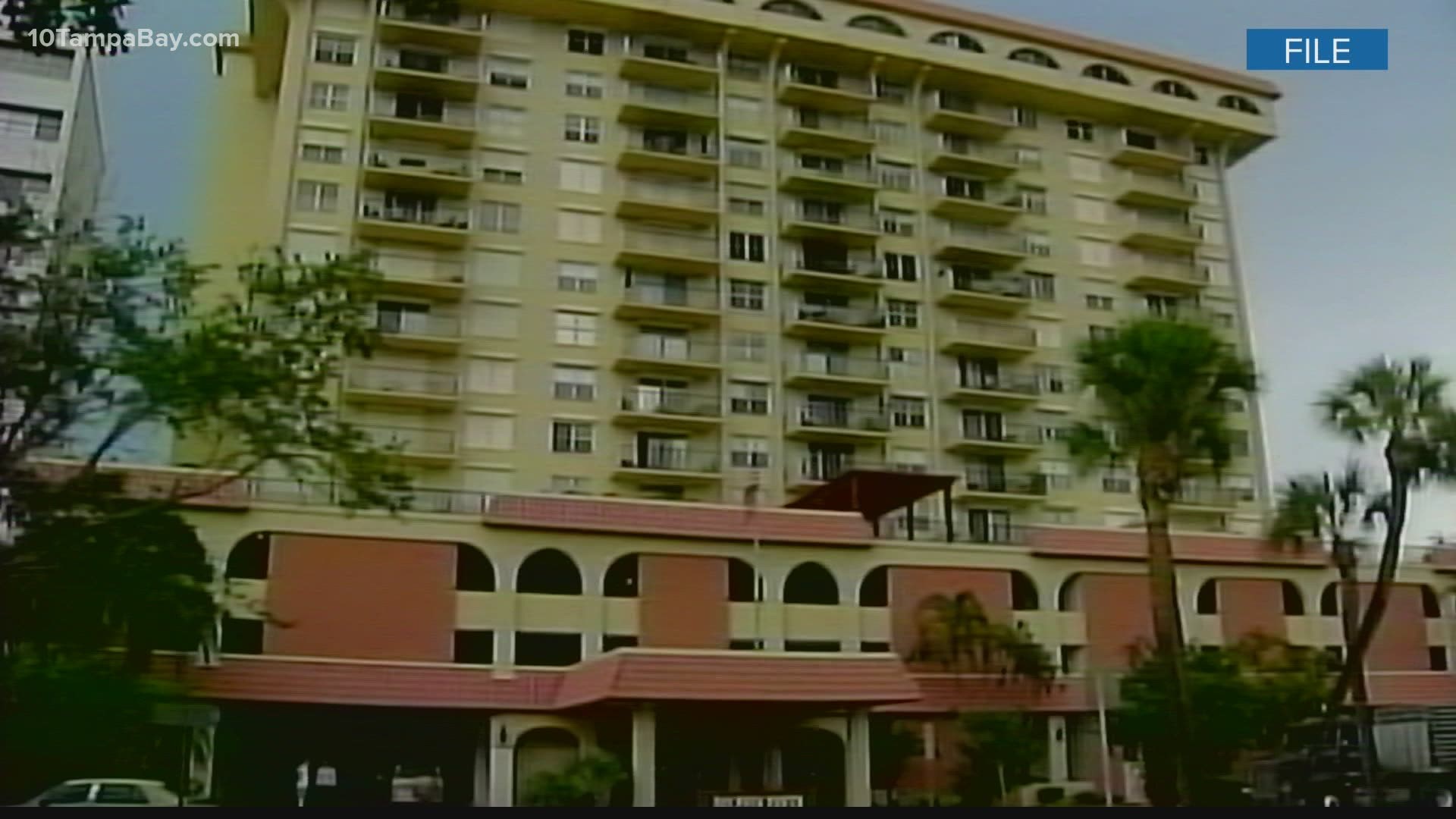 SARASOTA, Fla. — The tragedy in Surfside has condo associations across the country evaluating building safety. Just a decade ago, a condo was on the verge of collapsing in the Tampa Bay area.

"One would not think that you'd run into this and a building is a little more than 30-years-old," said a neighbor who was told to evacuate.

It took the city of Sarasota by surprise in 2010 -- more than 130 people living there lost their homes.

"I don't want to take any chances with them," said Glenn Bliss, the former head of the city's building department. He ordered the evacuation after the building was found unsafe.

"There is a potential for the rest of the tower to come down," Bliss said.

But a potential tragedy was avoided with help from structural engineers. A few years later, a solution from Morabito Consultants strengthened the building's structure.

The structural engineering firm the same that wrote a report about the failures at the Champlain Towers in 2018.

"Our thoughts and prayers go out to the owners and the residents and their families of Surfside," said Jim Toale, the president of the condo's association. He lives in 101 Condominium.

"What happened to our building 11 years ago was an economic tragedy. But that pales in comparison to this human tragedy of epic proportions, which is unfolding in South Florida," Toale said.

All condominium associations are told to submit a reserve study for major maintenance items and anything that's more than $10,000, but there's no set time frame. Toale expects that could change after the collapse in Surfside.

Morabito Consultants published the report on Champlain Towers South condominium three years before the collapse. The firm is now working with the authorities to understand why the structure failed.