The film festival showcases more than 30 films and shorts that are focused on vital themes such as social justice and health care in the Black community. 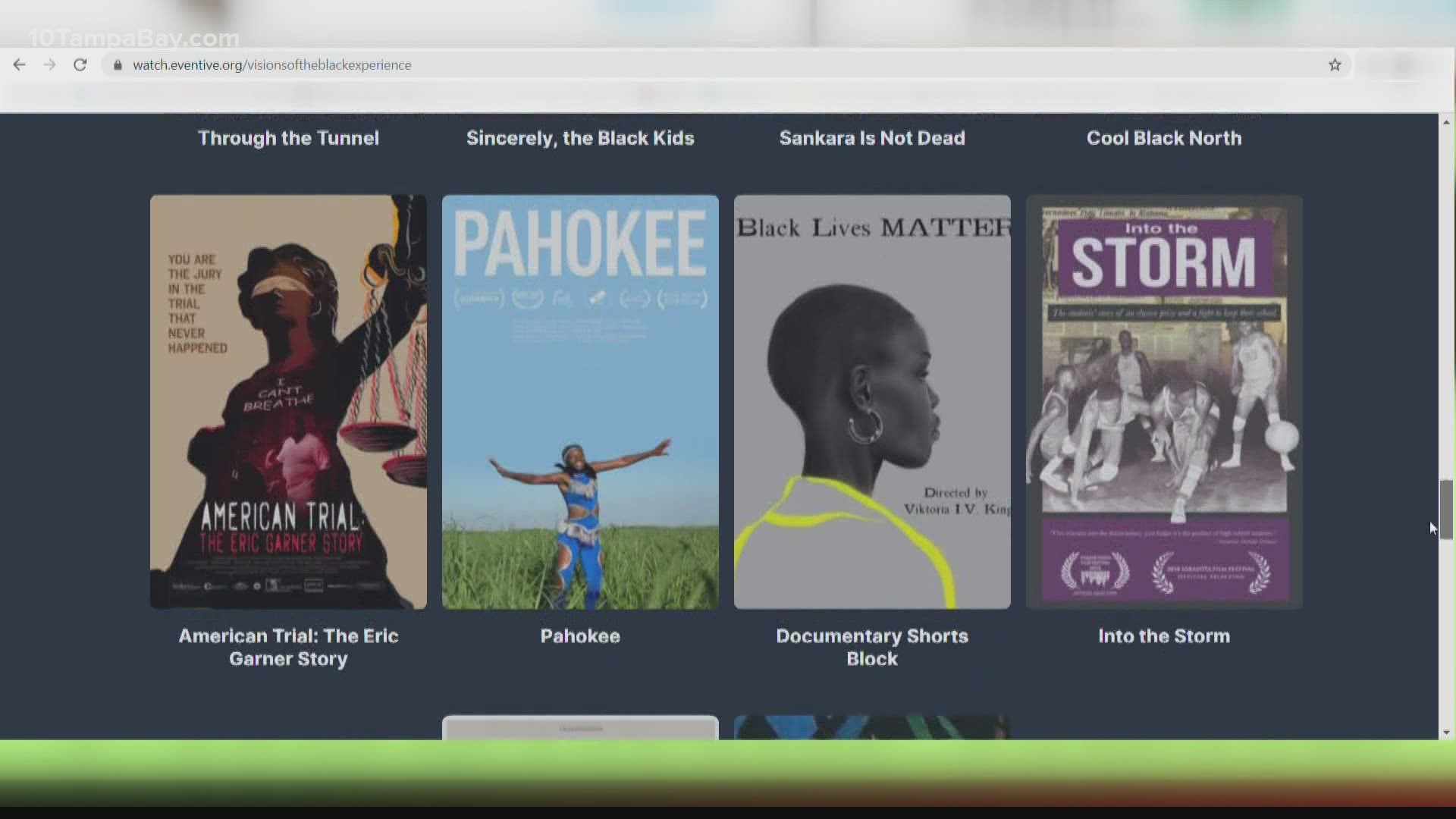 Racial discrimination has been a leading topic of discussion this year. But, it’s not a new issue.

To celebrate and illuminate the historical, social and cultural aspects of Black life, the Sarasota Film Festival teamed up with several organizations to present the second annual Visions of the Black Experience film series.

The film festival showcases more than 30 feature films, narrative and documentary shorts that are focused on vital themes such as social justice and health care in the Black community along with discussions on police brutality.

“I think these are very important topics not only to the communities most affected but by all communities because everyone is impacted in the long run,” Dr. Lisa Merritt said.

Merritt is the executive director of the Multicultural Health Institute and also the daughter of Eleanor Merritt, who is one of the original creators of the Project Black Cinema.

She said she couldn’t be happier that film festivals like the one her mother created are continuing on.

“It’s a wonderful feeling of continuation because of the importance of arts for the community and film, in particular, is a way that all people can relate to,” Merritt said. “And I’m particularly excited that this topic of visions of the Black experience is so relevant right now and the country is in the state of receptivity for the type of messaging that we are sharing.”

The Visions of the Black Experience Film Festival runs through Nov. 22. Due to COVID-19, the presentation of this year’s program will be virtual and free to all.

You can watch and stream any film at any time as well as watch live Q & A's with the filmmakers along with select members of the community discussing issues relevant to the films.

Sarasota Film Festival organizers Paul and Petra Ratner said the online format will help to engage audiences locally and around the world. The films will be available even after the festival is over at visionsoftheblackexperience.com.

“If we are going to come out of this as a country,” Merritt said. “The first step is truth. Facing the truth.”

“No judgment, let’s just face the truth and then let’s reconcile our differences and work together because we are one human family, one community and we have to find a way to be in this world together,” Merritt said.

The festival will also bring COVID-19 into the conversation -- touching on the pandemic and available health care for minorities. On Friday, Merritt, along with area health care providers, will participate in a panel discussion on the many challenges the pandemic presents.

“It’s just an objective medical, non-political opportunity to learn and to also see from a film perspective on how the pandemic has affected people from a personal level,” Merritt said. “A human story there that everyone can relate to.”