'We never saw this coming.' Daughter remembers dad who died from COVID-19

He was careful, he wore a mask, and still, he couldn't beat this virus. 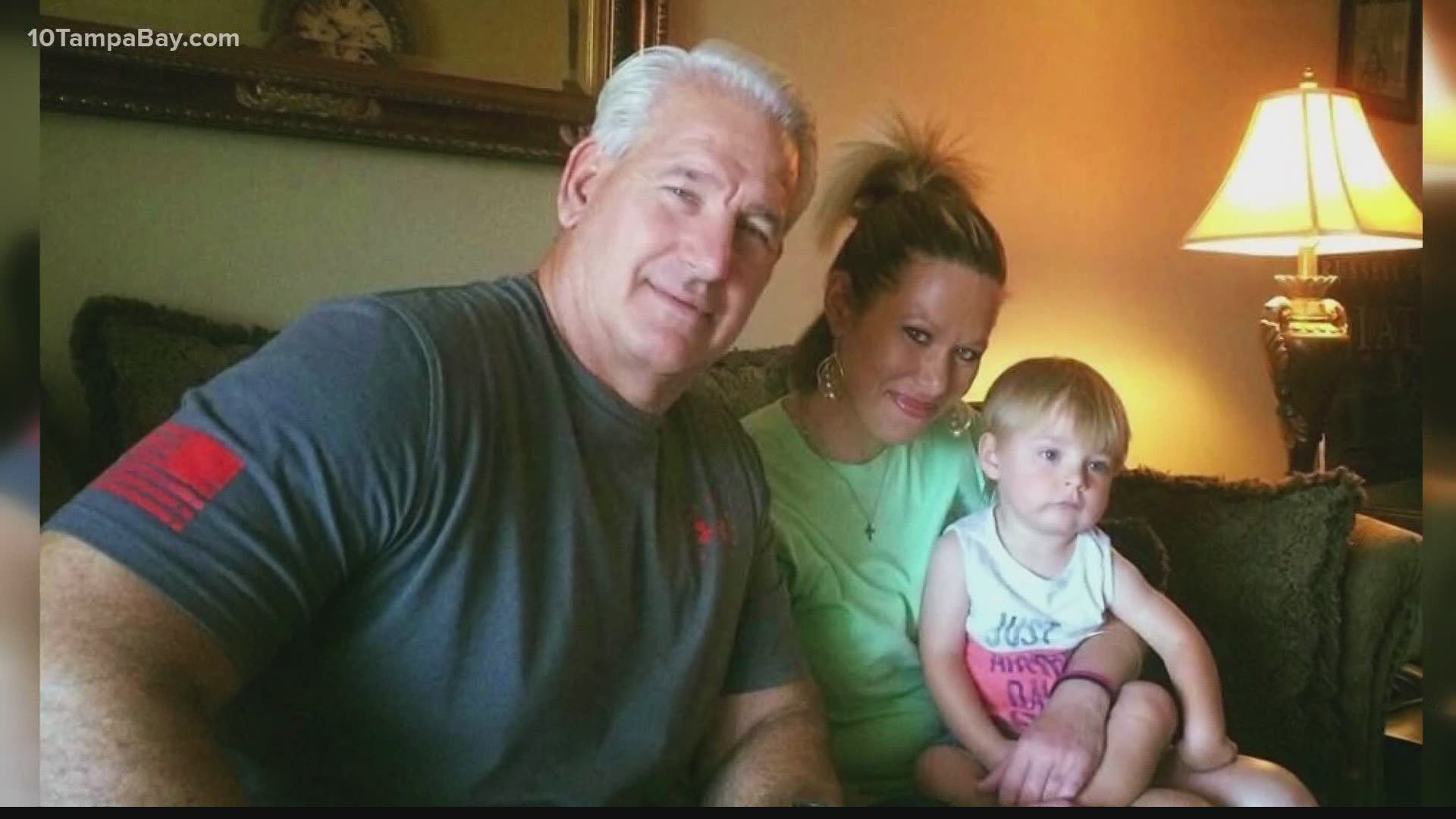 SARASOTA COUNTY, Fla. — A teacher of almost 30 years at Sarasota High School lost his battle to COVID-19 earlier this month.

He was careful, he wore a mask, and still, he couldn't beat this virus.

As you can imagine, his daughter and colleagues are heartbroken.

“He was 61 years old and in incredible shape,” Kari Shackelford said. “We never saw this coming."

Robert Shackelford taught social studies at Sarasota High School for 27 years. He had one more year to go before retiring.

“Teaching was not a profession for dad, it was not a job, it was a calling,” Shackelford said, “It was something he had a true gift for.”

To Kari Shackelford he was dad. But to many others he was Coach Shack, a 6′4 former football player and coach.

“Robert was known to a lot of us as Shack, Coach Shack, Mr. Shack and we had taught together for 19 years and through that time we became pretty good friends,” said Stella Karas.

Karas is also a Social Studies teacher and department head at Sarasota High.

“It was always nice to have him down the hall and rely on him when I needed him,” Karas said.

She said Shack was a one of a kind teacher.

“He really loved what he did,” Karas said. “He had among the highest scores for US History and just was an encyclopedia of knowledge when it came to all things history and government.”

Karas said he had a way of capturing the attention of his students and with a school subject not many students are interested in, he made it interesting.

"He was just an amazing guy. He was,” Karas said. “He really made history come alive for his kids.”

In the summer it was typical for Robert to visit Civil War battlefields. He was a proud of his country, and often shared stories of his time at war with his students.

“One of the big things about him was he was a patriot and he wanted the kids to understand how lucky they were to live in a country where they have such opportunities,” Karas said.

Robert’s daughter said her father had just visited a battlefield in Tennessee. He felt fine but told her he was going to get tested for COVD just as a precaution before going to see his parents.

He often looked over them and his brother with disabilities. Because of that he was super careful.

“He went Thursday morning to have his test done and before he could get his results back he actually had to call an ambulance,” Shackelford said. “It hit him so quickly.”

But Shackelford still believed her father would be fine.

Unfortunately, that wasn’t the case. He spent about four weeks in the hospital.

During his second week he was put on a ventilator.

“This virus it just reeked absolute havoc on his body,” Shackelford said. “He was fighting for every breath.”

A few days later, both of his lungs collapsed and his family had to say goodbye over facetime.

“By far the most difficult part of all this was not being able to be there with him in his last days,” Shackelford said.

And he won’t be around to follow through on his plans to retire and move closer to Shackelford and her son.

“It’s heartbreaking to know that my son will grow up without dad‘s influence and because dad was just hands-down he’s just the greatest man I’ve ever known and I know that sounds cliché but he truly was,” Shackelford said.

His death has been a wakeup call.

“I will admit that I certainly didn’t take it [the virus] as seriously as I should have until this happened with dad,” Shackelford said.

This unexpected death also brough more fear to teachers as the reopening of schools is right around the corner.

“Most of us, I don't want to speak for everyone, but we are scared to death,” Karas said.”

“When you put me in a room with even 25 teenagers, in a small room, with a largely asymptomatic population that really scares me and it scares me to bring it home to my family,” Karas said. “I’m keeping my own son home as long as I can.”

Karas created a Facebook group called “In Memory of Robert Shackelford ‘Coach Shack’” so his family could see how loved he truly was. It has more than 700 members.

“When smiles are few and far between right now, some of those stories and those messages have managed to put a smile on my face and I’m so grateful for all of that,” Shackelford said.

“There's going to be a huge hole left in my department and at my school and in the community and I just don't want that to happen again."

Karas says she already knows of other teachers who have tested positive. Although she believes reopening schools is a bad idea, just going to do everything she can to stay safe.

A spokesperson for Sarasota County schools says the average teacher's age is 46. Teachers who have concerns and want to apply for a leave of absence have though tomorrow to do so.