The city is working to appoint an interim chief of police, and the search will begin 'immediately.' 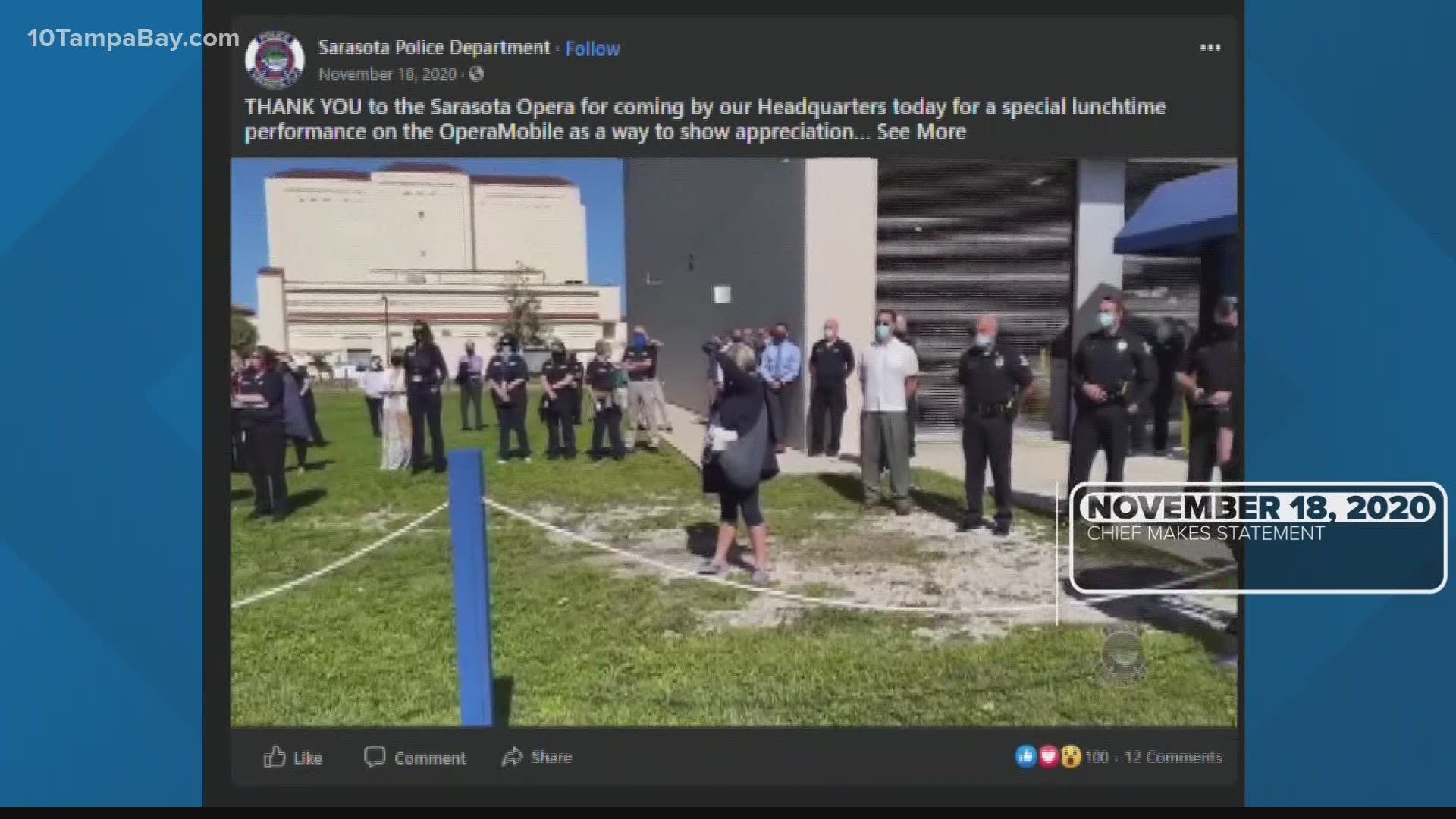 SARASOTA, Fla. — After serving eight years as the chief of police in Sarasota, Bernadette DiPino is set to resign as of 5 p.m., Friday, Jan. 29.

Her "voluntary" resignation has been accepted by City Manager Marlon Brown, and a separation agreement has been executed on behalf of the city.

“I’d like to express my sincere thanks to the chief for her eight years of service to the City of Sarasota. Through her leadership and dedicated efforts with community policing she helped reduce crime by nearly 40% and strengthened trust between residents and officers through extensive community outreach initiatives from the Citizens Police Academy to Coffee with a Cop and family movie nights on the SPD lawn.," Brown said.

In the agreement, the city has waived a provision that required DiPino to give a minimum of 30 calendar days notice of her resignation. It also details that DiPino is allowed to keep one service weapon that was assigned to her during employment in addition to her badge.

After her departure, DiPino will also be paid a lump sum equivalent to 982.5 hours at her current rate due to "accrued attendance time."

“It’s been my privilege to serve as the Chief of Police for the City of Sarasota. I am proud of my 35 years of honorable service as a law enforcement officer. We have accomplished so much in the last eight years. I am proud of the hard work and dedication of our civilian and sworn staff," DiPino said

The fourth-generation law enforcement officer says she will be looking forward to serving within her current field, just in another capacity.

"I have made many friends and developed so many positive relationships here in Sarasota, it will be hard to say goodbye," DiPino added.

DiPino had been on the receiving side of an anonymous complaint filed with the police department on Dec. 30, 2020. In the email, the sender alleged that at a November outdoor performance an individual rode up on a bicycle and began mimicking the performers.

That's when the complainant says, “While walking into the building and in front of at least a half dozen officers the chief of police ask the group if she could borrow someone’s Taser, motioning to the mentally handicapped individual.”

According to a city document, DiPino admitted to making such a statement when she was met with on Jan. 11 to discuss the "seriousness of such actions."

As a result, DiPino was asked to apologize to her staff and was counseled on the "impact of her words and actions and discussed expectations moving forward."

The city is working to appoint an interim chief of police, and the search will begin "immediately."

In her time as chief, DiPino says crime and violent offenses were reduced, community policing and several initiatives were implemented, diversity among officers was increased and a body-worn camera program got underway.