She was tattooed by a sex trafficker. Now, she's turning her trauma into purpose.

'Lotus flowers grow out of the muck and the mud into something beautiful and that's my story.' 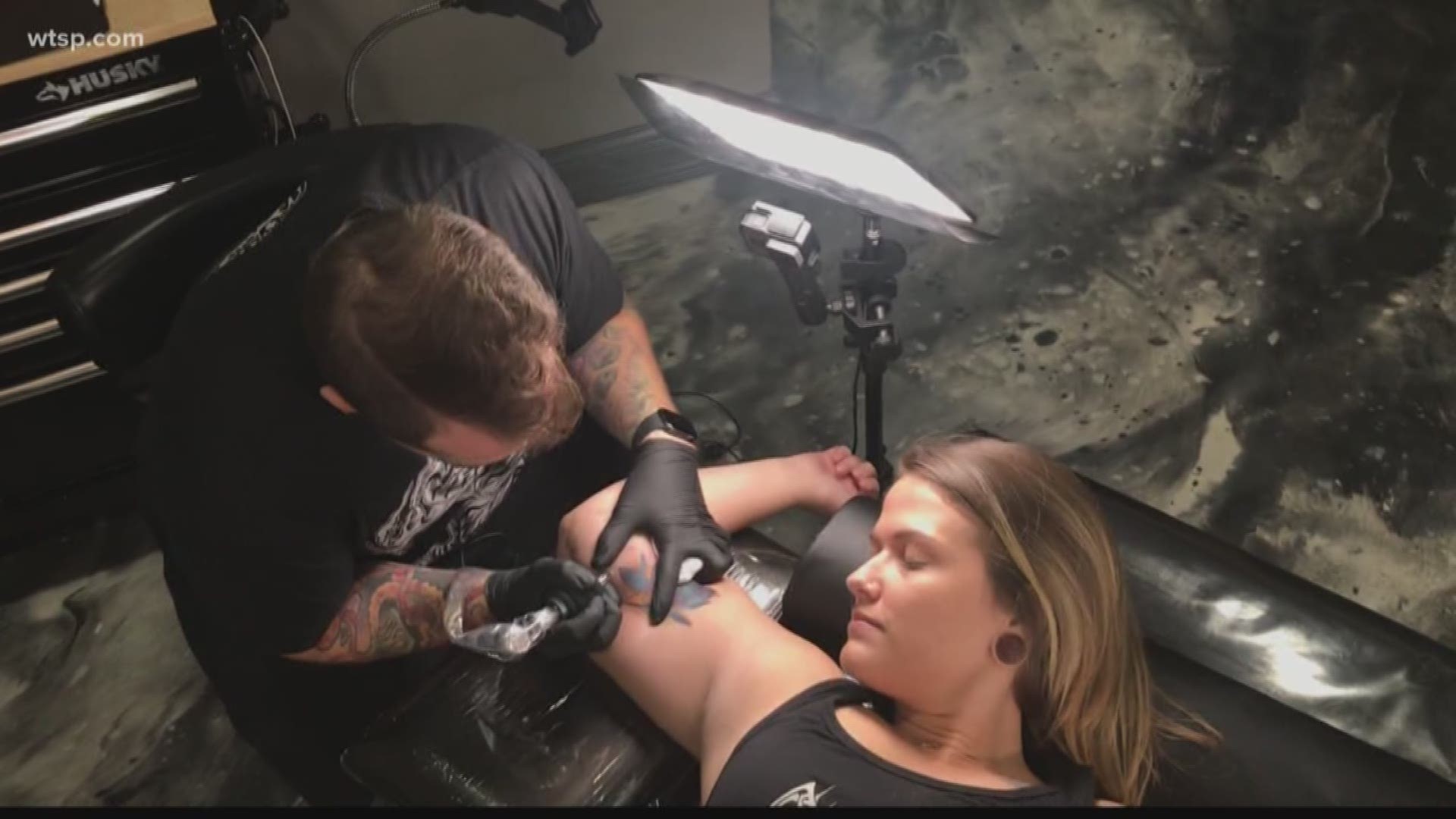 SARASOTA, Fla. — The reality of human trafficking is stomach-turning.

According to Selah Freedom, a national organization with the mission to end sex trafficking, Florida is one of the top states for the tormenting crime.

Across the country, two million kids are sold each year. It's an illicit market that's as fast-paced as it is disturbing. A child can be sold 15-40 times every 24 hours.

Breanna Cole was one of those children just a few years ago, but now she's a radiant, excited young woman – eager to get a new tattoo.

"The tattoo that I had was a painful reminder," Cole explained.

She was at Kingdom Studio in Sarasota to cover up a tattoo one of her traffickers branded her with eight years ago. It's been only two years since Cole was on the streets, addicted to drugs – being sold for sex. The intense drug addiction led her into relationships with men who trafficked her in exchange for cash and drugs.

Cole explained it was a situation she learned to justify.

Cole became addicted to drugs at 13.

She got her first tattoo at 17 – the numbers "381" to match the tattoo of her trafficker.

Cole says she was very co-dependent on her trafficker at the time. She considered him her boyfriend and first love.

"These men, they're predators and they'll make a girl think that they love them and they're taking care of them and then and you know they just manipulate them," explained Cole.

After years of addiction, abuse and sex trafficking, Cole made a choice. She vividly remembers the moment she knew she had to get out.

"When I was just so broken and so miserable and in the fetal position of this trap house, I just remember wanting to die. That was the last straw, like I knew at that point that I needed to change my life."

Two years later, Cole is clean, sober – in her daughter's life – and working for Selah Freedom as an outreach case manager helping to get women off the streets.

She was the happiest she had ever been, but there was still that tattoo.

Then, she met Nick Sundstrom.

"Just knowing that I'm a small part in them healing from that past brings me a lot of joy," said Sundstrom.

He's partnered with Selah Freedom to make sure the women he tattoos are ready for the life-changing artwork. Sundstrom has covered bar codes, numbers and names. Sometimes the tattoos are purposely on visible parts of the body. Other times, they're more subtle but there, nonetheless.

Shelah Freedom also has a tattoo removal program for survivors who opt to get rid of the ink altogether.

Cole and Sundstrom collaborated together to come up with her cover-up: a vibrant and colorful lotus flower.

"Lotus flowers grow out of the muck and the mud into something beautiful and that's my story," said Cole.