Scientists collect, analyze data and the information about beach conditions and red tide levels is uploaded to visitbeaches.org and its mobile app. 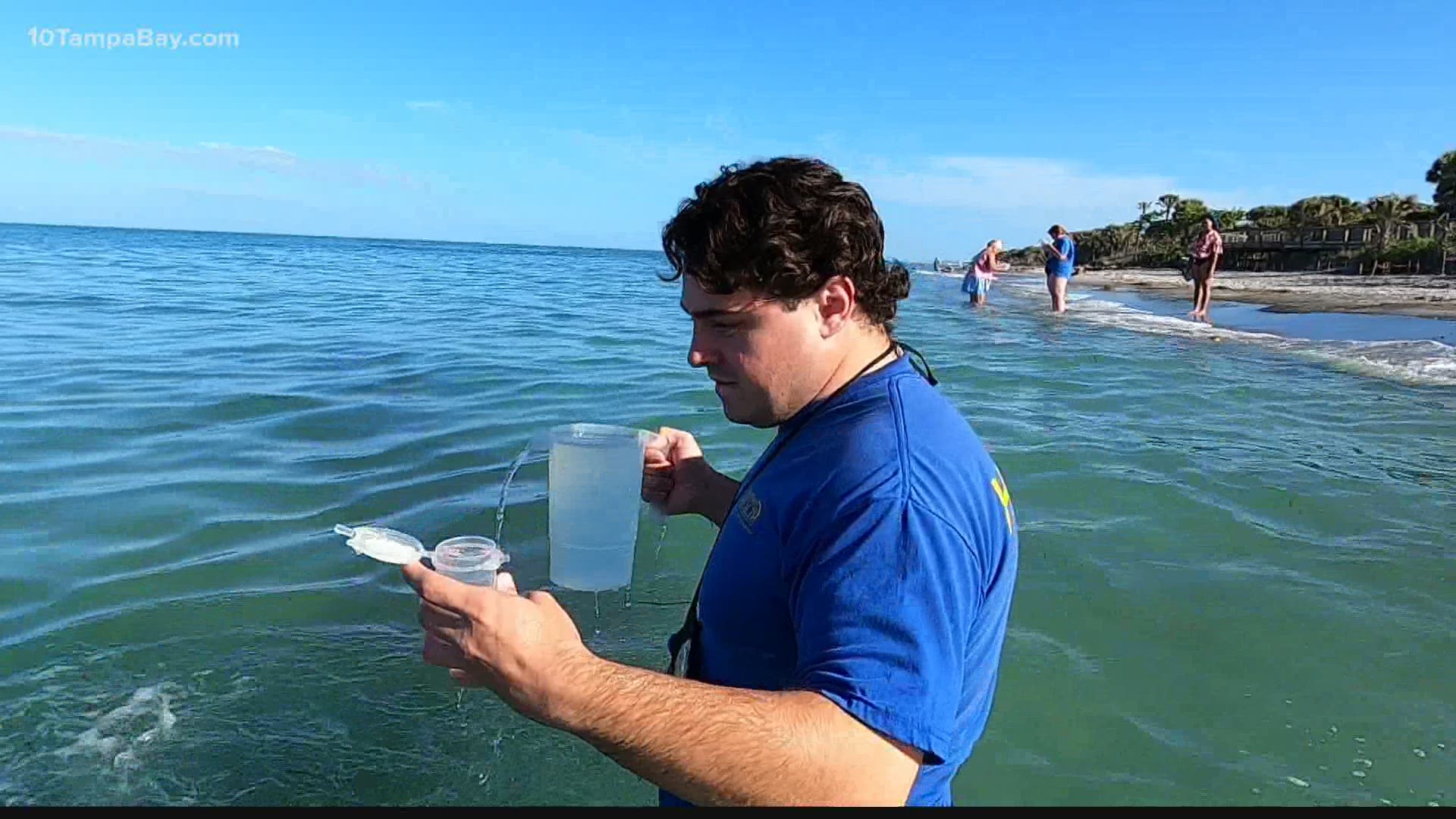 SARASOTA COUNTY, Fla. — The weekend has arrived and people have made plans which include going to the beach.

However, red tide has been getting worse out at some of our popular beach spots. According to the National Oceanic and Atmospheric Administration, red tide is a common name for Karenia brevis, a harmful algal bloom that kills marine life when it occurs.

Some people are already feeling the respiratory and itchy-eye effects and a few have ended up in the ER with more severe side effects. This has made it unclear for visitors to know where to go to avoid beaches affected by red tide.

But there is a team effort underway through science and technology to try and help beachgoers plan better.

Alongside their standard sample collection to check for bacteria levels, environmental scientists from the health department have been collecting samples to check for red tide cell counts.

"I grabbed a few samples one that we take over to benchmark to test for bacteria and another sample for Mote Marine," said Ricky Montedonico.

Montedonico is based in Sarasota and is part of the team that check's the county's 16 beaches. After he has waded into the ocean and collected water samples, he puts iodine into the small bottles and stores them in a cooler of ice.

"This is iodine, I believe it just makes it easier for Mote Marine to figure out how much red tide is in there," Montedonico said.

The samples are then hand-delivered to biologists at the Mote Marine Lab who check for the presence of red tide toxins which is what causes all the problems.

The data is then analyzed and the required information is uploaded to Mote's website visitbeaches.org and its mobile app.

"This provides the red tide cell counts to citizens so they are aware of conditions at the beach and for tourists that come to Florida," said Devin Burris, a biologist with Mote Marine Lab.

Officials say the "healthy beaches" samples are often the first time they are able to see when there are elevated red tide cell counts in our area's waters.

"Monitoring, in general, is important so we understand when the bloom occurs. Part of the concern is for early warning so we know when a bloom might be starting," said Dr. Vincent Lovko, a senior scientist with Mote Marine.

Florida Fish and Wildlife also depends on the samples for its daily and weekly red tide reports.

"It can be very patchy and just because it exists in one area does not mean that it exists in all areas, even in a small region of our coast," Lovko said.

Long term, scientists hope all the data gathered would eventually help with finding solutions to the red tide issue.

Beach visitors can also lookup red tide conditions in their area by texting the word "tide" to 727-577-8522.

10 Tampa Bay will send a link back to your phone that will take you to a list of tools to check for blooms at your local beach.