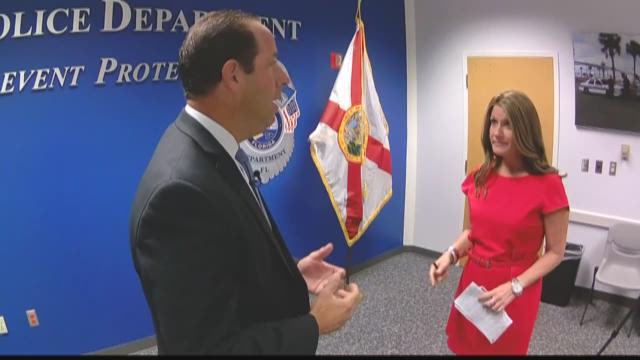 Can you imagine not knowing what happened to a child for 16 years?

The disappearance of 8-year-old Zachary Bernhardt has devastated his family and baffled Clearwater police detectives since the boy vanished in 2000. He’d now be 25 years old.

The cold case is capturing new attention across the country as part of National Missing Children's Day. Many hope the renewed attention will provide new clues.

What happened to Zachary?

It's the question that's haunted Clearwater police and the boy's family for 16 years. His mom, Leah Hanson, tells 10News that she has nothing to hide about what happened at their Drew Street apartment, but investigators still have questions to try to help bring Zach home.

“We miss him. We love him very much,” says Zachary’s mom, Leah, just days after her son disappeared in September 2000.

Hanson tells 10News that she went for a walk just after 4 in the morning, and when she returned minutes later says the 8-year-old was gone.

What does she think happened?

“My son disappeared," she replies. "Someone came into our home or lured him out and he's missing. I had nothing to do with my son disappearing."

The mystery is the focus of Investigation Discovery's show, “DISAPPEARED.”

The show plays the 911 calls from Zachary’s mom.

“I can't find my son. I went to the pool, and then I came back and I got in the shower, and he wasn't here.” Hanson says on the call.

The dispatcher asks, “And your door was unlocked when you went to the pool?”

Hanson replies, “I guess it was unlocked. Yes, it's my fault.”

“I don't know if we called her a person of interest so much, as we call her someone we would like to refocus the investigation,” says Ogliaruso.

Ogliaruso tells 10News that cold case detectives have followed all leads and taken another look at the investigation. They want the mom to provide some insight, but Ogliaruso says she hasn't agreed to talk with police.

“Maybe it'll point us in another direction or a direction for that matter. Right now, we're at a stalemate,” says Ogliaruso.

“They can call me no matter what, and I'll take whatever they have to give. I have nothing to hide,” says Hanson.

The National Center for Missing and Exploited Children hopes the show and age-progression photos of Zachary will help someone recognize the boy, who’d now be a man.

“These composites, as we say, are a little bit of science and a lot of art. It was like creating a collage out of a magazine. The brows are very close to his eyes like his mom’s. With these features, I can rotate each individual piece,” says Christi Andrews from the National Center for Missing and Exploited Children.

“Of course my hope as my son is being taken care of by a kind person, but that might be a dream,” says Hanson.

Zachary's mom wouldn't say where she's living now. She has gotten married and changed her last name. She says she's trying to live a life that would make Zach proud.

There's a way to show your support for the families of missing children. Join 10News as part of National Missing Children's Day on Thursday, May 25, and “Rock One Sock”.

Take a picture or video of yourself wearing one sock, and post it on social media using #RockOneSock.