'I think about it all the time': Manager says of turning in accused Seminole Heights killer

Walker has been reluctant to speak about her role in the case, but a year later, broke her silence and talked about the heroic role she played in ending one of the most terrifying periods in Tampa's history. 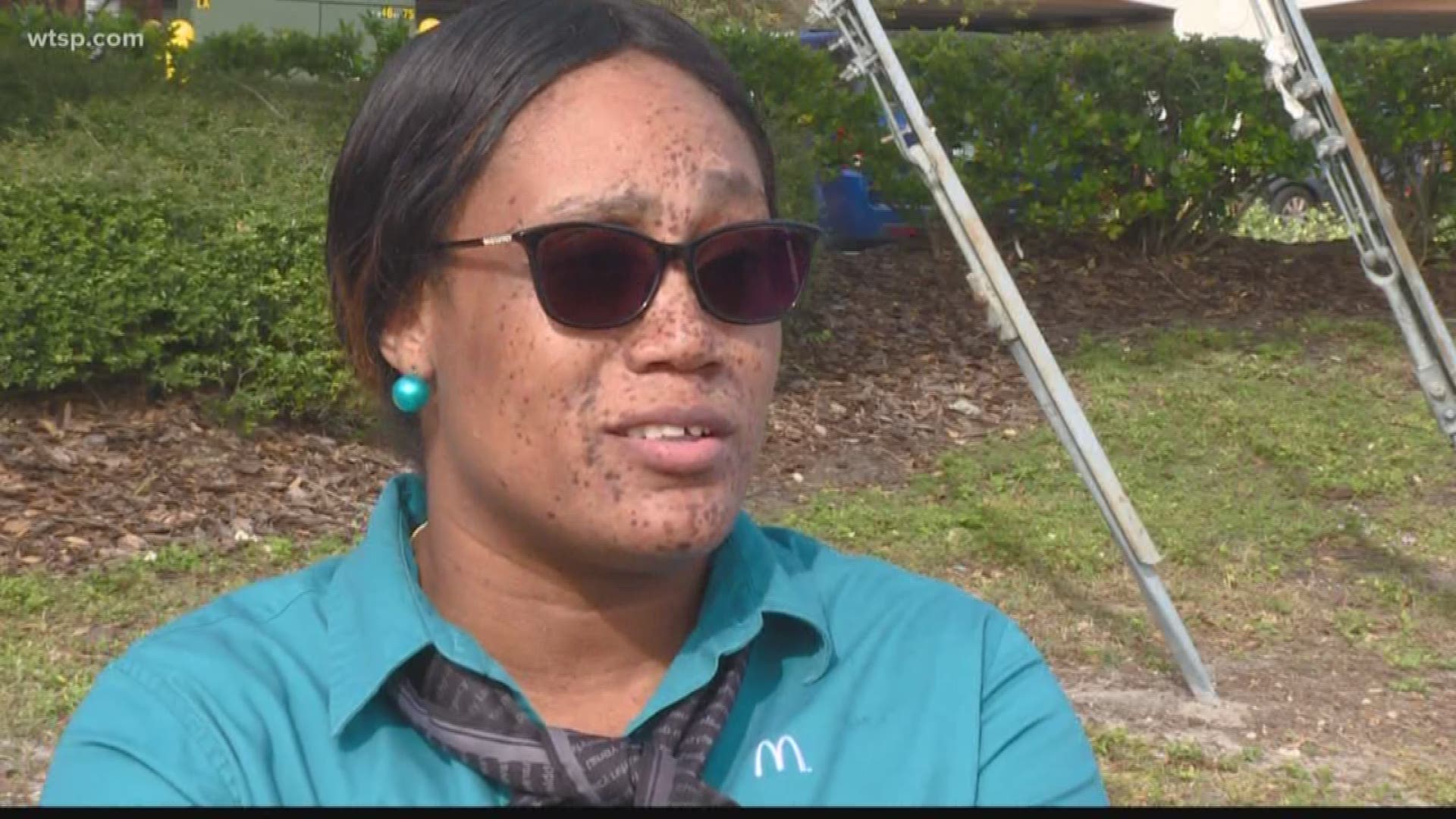 TAMPA, Fla. -- It’s now been one year: a year since Tampa police arrested a suspect in the Seminole Heights serial murders.

Four people – Benjamin Mitchell, Monica Hoffa, Anthony Naiboa, and Ronald Felton were all shot to death within blocks of each other. It was a killing spree that terrorized the region for weeks.

RELATED: 1 year later: Many in Seminole Heights still reluctant to talk about killings

“I try not to remember it,” said Delonda Walker, the McDonald’s manager whose tip led to the arrest of Howell Donaldson III.

Walker has been reluctant to speak about her role in the case, but a year later, broke her silence and talked about the heroic role she played in ending one of the most terrifying periods in Tampa’s history.

“I can’t believe it. But it’s been a year,” said Walker. “It’s coming back around. Memories, things like that.” 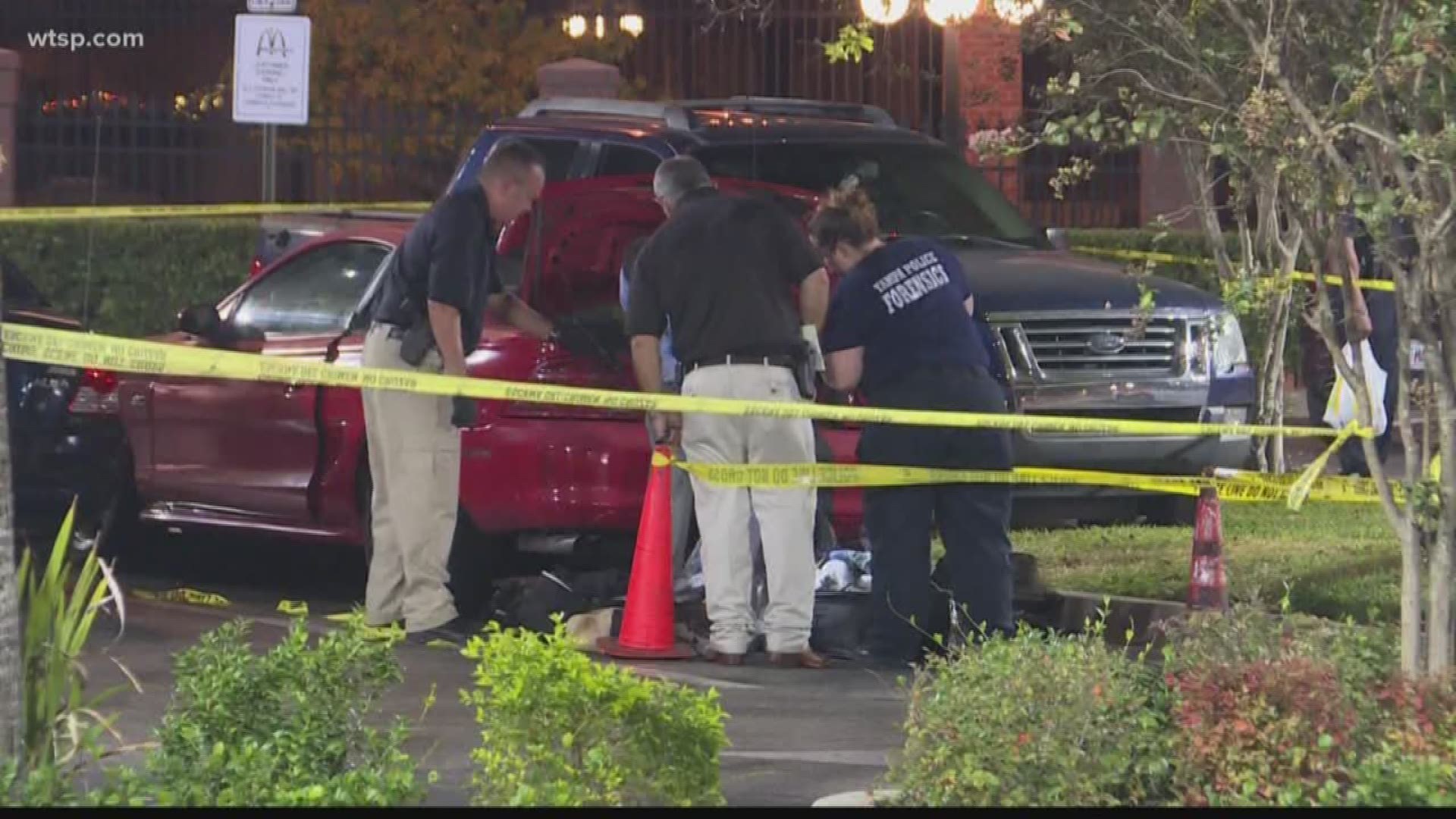 A year ago, Donaldson handed Walker a bag at the Ybor City McDonalds where they both worked. Earlier in the day, she says, he had been crying.

Inside the bag, Walker found a gun and decided to contact Tampa police. An officer, it turns out, was already inside the restaurant.

“I think about it all the time,” said Walker, “Because I was around that individual that did that horrible crime, you know?”

A lot of things have changed since that day. Especially in Seminole Heights.

A year and a day ago, Yahya Moussa says there’s no way he would have been sitting in his car alone outside a laundromat along Nebraska Avenue as he was on this day.

In the past year, Seminole Heights businesses have rebounded too. Customers are once again packing the parking lots outside trendy shops and restaurants that had suffered during the killing spree.

“Yeah, the food is still good too,” said Phillip Johnson, who quickly found his way back to Martha’s Restaurant on Nebraska Avenue. “The food is definitely still is good."

Some signs of what transpired in Seminole Heights have disappeared.

A mural on a wall that once had the four victims’ names and faces o it has been taken down.

But a few blocks up the street a new sign honors Ronnie Felton. Felton, the fourth person killed, had been volunteering at a food bank which was recently renamed for him.

“I want some peace,” said Felton’s sister, Tina. “I have a love of God in my heart. But I don’t have my brother.”

Tina Felton says that for her and the other victims’ relatives, Seminole Heights will never be back to normal.

Time, she says, has stood still - until she gets justice for her brother. “I am just waiting on the trial. The finish. The finality of it,” she says. “Then everything is over and done with.”

Donaldson’s next court appearance is a status check scheduled for Jan. 29.