Witness Robbie Clark said suspected shooter Howell Donaldson III was with two other people during a shooting on Nov. 14. 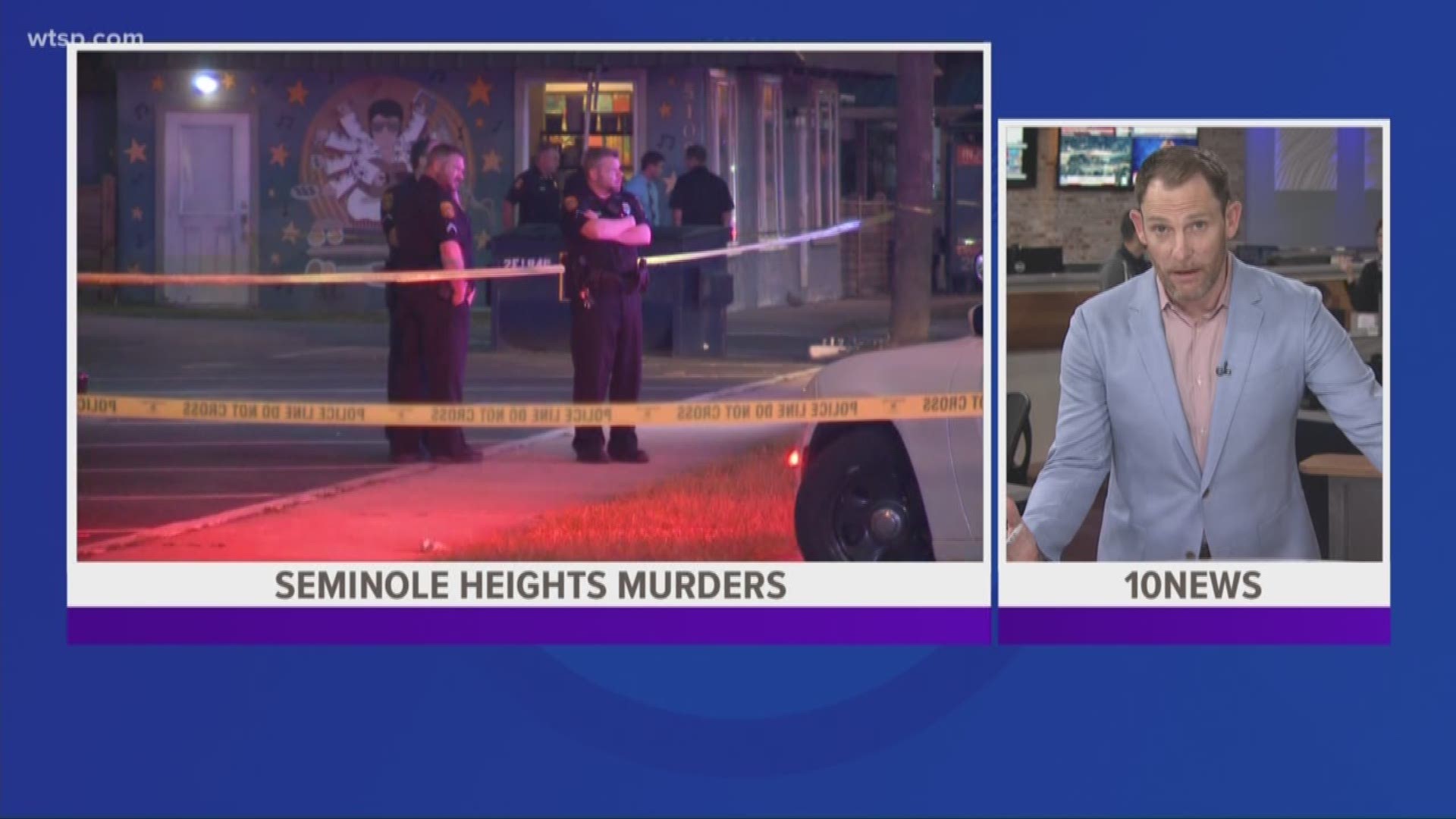 TAMPA, Fla. — A witness to one of the murders in the Seminole Heights neighborhood told investigators in 2017 he thought other suspects may have been involved.

Howell Donaldson III is accused of killing four people over a five-week period. Benjamin Mitchell, Monica Hoffa, Anthony Naiboa, and Ronald Felton were gunned down as they walked through the neighborhood.

Donaldson is charged with four counts of first-degree murder.

In an audio recording released Thursday, a witness named Robbie Clark said he was just a few feet away from the fourth shooting in the early morning hours on Nov. 14. Clark claims the shooter was with two other people.

“When I heard the shot, I looked that way and I seen three black dudes, dressed in black,” Clark said. “I don’t know where the man was sitting, but I guess they shot him and knocked him down, and I didn’t see, but I heard the first shot. That got my attention. I ducked, and I looked up. Bang, bang, bang! They shot five times. I’m pretty sure they shot five times,” Clark said.

Tampa police interviewed Clark around 7:45 a.m., the morning of the shooting.

Clark said he was washing his clothes when the shots were fired.

“There were three of them,” Clark said. “I don’t know who did the shooting.”

10News has reached out to the Tampa Police Department for comment.

"On Nov. 28, 2017, Tampa police arrested the man responsible for the murders of Benjamin Mitchell, Monica Hoffa, Anthony Naiboa and Ronald Felton," Hegarty wrote. "We stand by the arrest and we recognize that it will be a long and complex process as the case makes its way through the courts."

Timeline: Arrest made in string of Seminole Heights murders